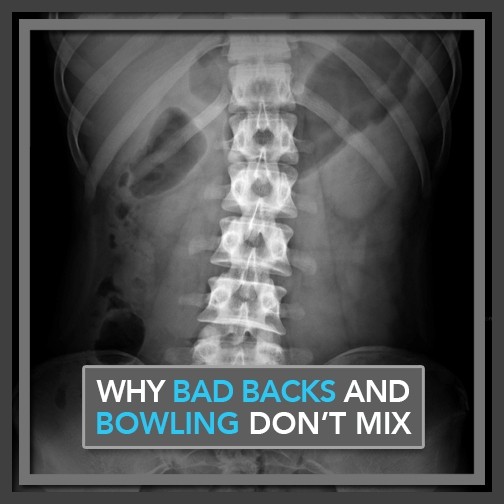 Your Back’s Practically Broken – Why Are You Bowling?

Gravalax Pty Ltd is a concrete and cement manufacturer with offices across a number of states in Australia and Tasmania, and it’s main insurer, QBE Assurance, are both a long-term clients of Precise Investigation.

While Gravalax has always done it’s best to meet WorkSafe requirements and ensure the wellbeing of its staff, accidents do occasionally happen – and that’s exactly what Workers’ Compensation is there for; to provide support to the victim and to assist the employer in effectively managing the victim’s injury and preventing further incidents.

With all of that in mind, we received a call in early February, with new instructions detailing a claim against Gravalax, after a worker sustained a “serious” back injury whilst on duty.

Allegedly, the claimant, Mr Russell Abrams, was sitting in the company’s cafeteria with four colleagues, when it was suggested that the group have a series of arm wrestles between themselves. As the claimant sat opposite his opponent, and took up the position, he accidentally pushed a fork onto the floor, which he then bent down to retrieve. As he did so, he felt a significant “pinch” in his lower back that resulted in paralytic pain. Russell went on to explain that he couldn’t move without assistance and was immediately taken to the site infirmary.

Following the nurse’s findings and a request for leave, Russell has since not returned to work and filed for one of the largest Worker’s Compensation claims we’ve ever seen, outlining the circumstances of his injury, his resulting incapability and the fact that the injury took place while he was on duty.

Further to this, Russell also underwent a series of remedial physiotherapy sessions and was consulted on by a medical doctor and licensed chiropractor; the overarching diagnosis being a compressed disk in the L4 region of the spine.

On receipt of the case instructions; track Mr Abrams and monitor his activities over the course of a week, we arranged for an operative to begin observations just a day later, on the following Sunday.

Surveillance began outside Russell’s home in Paddington, QLD, where he was seen to be living with three other males of a similar age. We weren’t able to gain a visual on Russell inside the building due to the road outside the property being too small to take up any covert positions, and the building itself being surrounded by thick foliage.

So, our guys had to wait it out until Russell ventured out of the house – which he did. Often.

This guy was seen driving the Silver Ute he had parked out front on numerous occasions; getting into and out of the vehicle with no signs of pain or discomfort; shopping at the local bottle-o where he carried two cases of beer single-handedly from the store to the car; carrying a basket full of groceries at the nearby supermarkets; jumping into and out of the back of the his ute and; throwing a 2ltr jug of milk from the ground floor up to a man of the first floor. And all of that was just in the first 6 hours of observation!

Two days later, on the Wednesday, Russell was seen leaving with a male from inside the property, before heading to a bowling alley 4km away. There, we observed and captured footage of Russell stretching and twisting at the waist, prior to starting play; picking up, passing on and wiping down a number of bowling balls and then; playing 3 consecutive games (30 rounds) against the man who was with him. They drank as they played, but the men were then followed into a nearby bar, where Russell was observed clambering onto a tall barstool and off again several times as he went to and from the bathroom. All the while, Russell had never displayed even the slightest hint that he may have been in any pain or discomfort.

We passed our findings over to QBE Assurance, and Gravalax has since confirmed that Russell Abrams has been terminated on grounds of gross misconduct.

Whether Russell will face any further legal proceedings as a result of his actions is still to be decided, but this is a classic example of just how easy some people think it is to rip off their employers and insurers. Insurance fraud costs Australian employers and insurers more than $2 Billion every year, which is a shame to publish because it just goes to show how many people get away with it.

Precise Investigation has been helping Insurers like QBE Assurance and employers like Gravalax for decades, and it’s through our commitment to achieving the highest standards in insurance-related investigations that we continue to build upon and expand our partnerships with them and the many other like-minded affiliates that we work with on a regular basis.

Have us work with you today and see just how much we can do to improve on your current approach to Worker’s Compensation and insurance-related investigations and their respective findings. Call us today on 1300 856 011 or simply click here to use our contact form. We’re also available across every major social platform, so you can always find a helping hand online too.