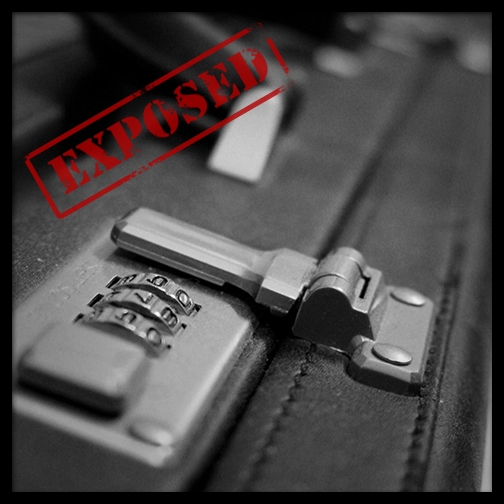 Timothy Hewett, a long-standing investment specialist, has made a great deal of money in recent years by injecting capital into failing businesses and then working alongside CEOs as a means to help them build their brands and increase profits. For years he has made a name for himself, through his company, as a successful entrepreneur and professional business development expert.

A few months ago, Hewett made a deal with a new associate, James Simons, who had been running a small start-up from his Melbourne-based office for 3 years. James was determined to push his business to new heights and, after searching for nearly half a year to find the perfect partner, Simons found Timothy online and arranged an appointment.

Tim put together an impressive portfolio, showcasing all of his latest business successes and brought with it a long list of satisfied clients that he had worked with in the past. Needless to say, Simons was overjoyed at the fact that he’d be working with an industry expert of such a high calibre.

After several months, Tim proposed a development plan that was sure to see James’ online business flourish, presenting new ideas that he had never thought possible and urging him to press on before they missed the boat. Hewett made it very clear as to what James needed to have in place and what he would need to bring to the table if they wanted to see great results, which included an initial investment of $350,000 that would be pumped into different avenues of the business at different times.

Simons’ humble background and uncertainty in this new direction led him to entrust Hewett with the money, being promised that each dollar would be utilised to its full potential with Tim, himself, taking no initial fee but instead, a 12.5% commission on any increased sales volumes for the first 6 months. Thereafter, Hewett would take on a 20% share in the business, should his plans continue to be successful.

As soon as the $350,000 payment was made, Timothy started to communicate with James less and less frequently, making excuses as to why he couldn’t attend meetings and sending just one or two updates a week, none of which gave James the information he was looking for.

Within a month, Hewett disappeared. His phone was disconnected, his website was pulled down and his addresses and contact details were removed from the internet. James tried to visit the address listed on Tim’s website, which he’d noted before it was removed, only to find that Hewett’s office was, in fact, a derelict bungalow in the Northern reaches of the city’s suburbs.

It was at that point that James decided to get in touch with Precise Investigation.

Simons briefed one of our investigators, filling him in on everything that had taken place and presented all of the contracts and associated paperwork that the two had signed.

James had also informed the authorities as to Timothy’s malicious actions, seeking to take Hewett to court or settle on having his capital returned if he was able to find him.

As such, Precise set to work and quickly started to identify a number of leads within the paper trail. Our investigators performed a rigorous background check on Tim, based on the information provided by Simons, and found that he had actually been unemployed for over 5 years, having been dismissed from his last role as a bank clerk on suspicion of theft.

The leads we’d uncovered in the paperwork put both James’ and our minds at ease as we were able to gain a good understanding of where Tim might be hiding.

Within a matter of hours, we found that Tim had paid the $350,000 into his business’ account and then immediately transferred the company’s registration over to his wife who now owns and runs the business.

We have helped James to locate Samantha, Tim’s wife, as a means for him to summon the pair to court or simply renegotiate the terms of their previous agreements – James is undecided as to what action wants to take.

The days are young and James is still unsure as to what the couple’s intentions are, but he knows that we’re here if he needs us.

If someone owes you money, or you’ve been taken for a ride then you should seriously consider the services of a professional private investigator. Without us, James’ capital would still be lost and Tim’s devious plans would have gone unspoiled.

Get in touch with us today if you or someone you know could benefit from a professional’s point of view.

If you’re interested to know what else a great PI can offer, click here to browse our commercial services or here for our domestic services – we’re sure to have a service that’s perfectly suited to your needs.

Wherever you are in Australia, we can have an operative at your side at a moment’s notice – we regularly service the likes of Melbourne, Sydney, Perth, Adelaide, Hobart, Brisbane and the more remote locations of the country, so we’re never far.