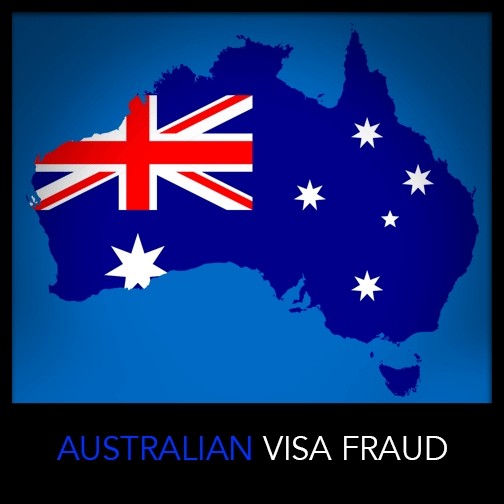 As you may have noticed, Precise Investigation has posted a number of articles regarding Australia’s ever-growing Visa fraud situation, as more and more often, corrupt officials, fixers and illegal immigrants are being found to have been involved in some form of visa-related crime.

This time it’s worse; in light of a series of news stories that have cropped up over the last week, including sources from ABC, SBS, the Sydney Morning Herald amongst a multitude of smaller news outlets, Precise Investigation would like to present the real issues behind Visa fraud and scams in Australia.

WHAT IS VISA FRAUD?

Visa fraud can take many forms, but the most common involves a “fixer,” a person who has connections within the immigration department, or with networks that are connected with employment and/or the immigration department, taking a large payment in return for providing applicants, who may not have legally been allowed to enter, work or live in Australia, with fake documentation to gain unlawful access to Australian Visas.

Illegal migrants can be expected to pay anything from $45,000 AUD upwards for their chance to enter, live and work in Australia.

The most frequently occurring visa fraud is associated with the skilled migrant and student visa programs, particularly the 457 Working Holiday Visa.

THE OBVIOUS DOWNSIDES OF VISA FRAUD

Australia has made a name for itself, internationally, as having some of the tightest border restrictions of any country in the world, even going as far to have a television series dedicated to showcasing just how strict, efficient and effective Australia’s Border Force is.

With that, the Australian people have some idea as to what Visa Fraud means to the country, but few have delved deeper into what the crime actually involves. With that, let’s take a look at some of the more obvious pitfalls that Visa Fraud creates for Australia:

With Australia’s current unemployment situation in mind, and the fact that millions of people arrive at Australia’s shore every year, hundreds of thousands of which opt to stay in the country to work legally, it’s easy to see why there might be an issue. Australia has a limited number of jobs available, particularly for those with less qualifications, and when thousands of unqualified people enter the country looking for work, the Australian population seeking the same thing suffers as those jobs become increasingly harder to come by. As the systems in place already allow for this, it becomes clear as to why thousands of illegal immigrants would tip the scales even further.

While Australia does have a great deal of land available, the amount of residential space is limited. With new families and the younger generations making their way into their careers, there comes a need to find new homes. As such, when thousands upon thousands of migrants make their way into the country every year, the amount of affordable housing that’s available to the public becomes increasingly hard to find and, with the cheaper houses being bought up or leased quicker, new Australian homeowners begin to struggle in their search. This problem is amplified further when thousands more enter the country illegally each year, thereby taking up more of the available market.

The Australian Government continues to apply and integrate new schemes for unqualified, disabled or otherwise impaired people to live long and healthy lives through subsidies. As you can imagine, the more people that take advantage of these benefits, the less resources the Government will have to continue providing them. With the sheer number of illegal immigrants, with real paperwork allowing them to reside in Australia, being unable to find jobs, those immigrants rely on the same benefits that have been created to provide deserving Australians with a means to go about their lives as best they can.

As the number of jobs goes down, with more and more people snatching them up whenever they become available, those immigrants who have decided to live in Australia, with no qualifications, expensive rent and families to provide for, can sometimes turn to crime in an attempt to rectify their situations. Whether it’s drug dealing, fraud or theft, illegal immigrants who cannot afford to live in Australia are left with no choice, as returning to their home countries will often leave them in worse positions.

THE DARK(ER) SIDE OF VISA FRAUD

There comes a greater problem with Visa Fraud than all of the above, regarding human rights – and we’re not talking about Aussies here.

Commonly, the people who enter the country illegally and go on to live or work here are inherently poor. You might ask how they come up with the $50,000 to foot the corruption fees, and the answer is usually that they have some kind of sponsor who grants them the money in return for huge percentages of what they make during their employment, thereby defeating the point of them coming to Australia to provide for their families and, in turn, pushing them more towards a life of crime or sheer poverty.

Worse yet are those that have sided with a corrupt employer in Australia, who has granted them Australian Business Sponsorship to work as Skilled Migrants. In these cases, people are frequently made to live in houses in which ten or more people may live in a single room, work for eighteen hours or more a day for no wage and in the worst case, they go on to suffer injuries or become victims of crimes like rape, yet they can do nothing about it.

One woman came forward in an interview with ABC and Fairfax Media admitting that she had raped on numerous occasions by her employer, yet she’d filed no complaints due to fears of being deported.

Another case saw a man break his hand and yet he sought no medical attention as he couldn’t afford the bills, he wasn’t able to list on Medicare and he didn’t want the attention as he knew he had entered the country illegally.

With all of this information in the front of our minds, and the fact that the Australian Government spends millions upon millions of dollars in tax payer money, every year, to investigate and prevent cases of visa fraud, it begs the questions as to whether improvements should be made to the system?

There are a number of steps that can be taken to minimize the chances of applicants being unlawfully allowed to enter, work and live in Australia, from within the Immigration Department, but there is one sure-fire way for the Australian Government to address their immigration issues as they stand at the moment; hiring professional investigators to uncover suspected cases of corruption within the Immigration Department and furthermore, expose those individuals who have already been granted access to Australia illegally.

Precise Investigation has been providing businesses, individuals and government organisations with some of the most successful, applicable and effective investigation services that the country has to offer, for nearly three decades. Our experience, technical prowess and industry insight allows us and our team of qualified, licensed and dually experienced investigators to deliver on the results our clients need, no matter their industry, location in Australia or the complexity of their particular case.

We have operatives stationed across the country, giving clients in Melbourne, Sydney, Perth, Hobart, Adelaide, Brisbane and even the more remote areas of Australia unprecedented access to some of the top investigative minds.

Please get in touch with us today to have us work with you in exposing any number of corporate, domestic or government issues.