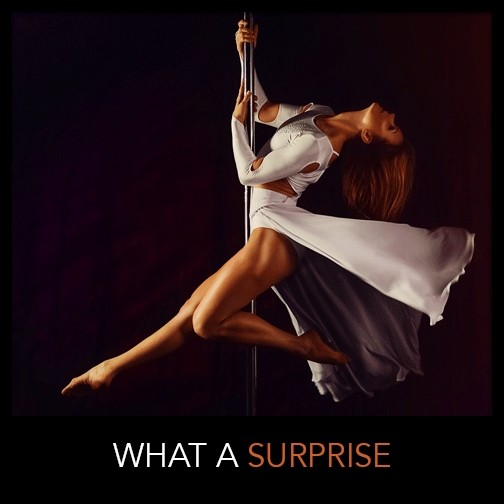 Carmel and Hugh Jones have been married for a year – they met when Hugh and his friends vacationed in Greece over a summer holiday two years earlier.

On and off for the year leading up to their marriage, both admitted to each other that they were “open” with other people, but promised that they would remain faithful after they were engaged.

The engagement lasted only two months before the couple decided to move over to Australia – Carmel’s family and the vast majority of her friends were based in Adelaide, and Hugh had a few existing business connections spattered around the country. 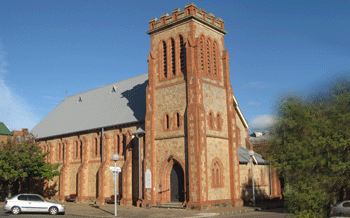 With that, only three weeks after arriving, they had managed to gather up fifty guests each and went on to have a glamourous wedding day, in a small church in Northern Adelaide.

Carmel had been a model since the age of 17 and now, just 28, had spent the last few years of her career making money as a late-night, exotic dancer. Hugh, on the other hand, had started and run his own business as an online marketing specialist for several years, meaning that he worked from home most days.

In their earlier days, Hugh joined Carmel on her early morning runs or cycle rides – an exercise regime that she’d been maintaining for nearly a decade, but as their relationship grew stronger, Hugh’s need to be by Carmel’s side as often as possible began to dwindle. As such, Carmel would often run or cycle alone; Hugh only joined her occasionally on a Sunday or Wednesday. Added to this, Carmel would often frequent her local gym in the evenings – five times a week to be more specific – all the while, Hugh would either stay at home, attend business meetings in town or convene with friends for meals or drinks.

Carmel’s morning runs would hardly ever exceed an hour, usually lasting no more than thirty or forty minutes, and it was when she started coming back after more than seventy that Hugh began to grow suspicious.

The first few times she did it, Hugh would ask her what had taken her so long and while her voice told him that she’d simply decided to push herself harder recently, her facial expressions told him that she was hiding something.

With Hugh hot on her heels, Carmel decided that it would be best to cycle for two hours every morning instead of running, claiming to Hugh that the constant beat on her ankles and knees would make her arthritic one day.

Hugh knew she was lying, but couldn’t put his finger on why – he knew all their neighbours well, he had a good grasp of all of Carmel’s male friends (including those at the Gym) and they were very honest in how they viewed other people, especially those of the opposite sex. If she was cheating on him, or even if she was just interested in someone else, he was sure that she would tell him about it. 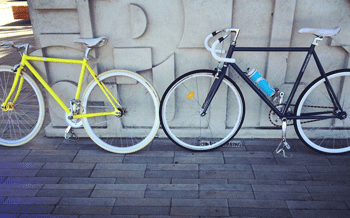 One day, Hugh decided to surprise her by buying both of them brand new race bikes, the kind he knew she liked, and told her that he’d be happy to join her more often if she wished. Carmel’s face, once again, said that it wasn’t a good idea, but her voice simply said, “Yeah, sure.” It was at this point that Hugh decided to confront her and ask her why she was being so distant before her mornings out.

Carmel admitted that there was something wrong, but that she needed time to get over it herself – it was nothing that Hugh could help her with, but she appreciated his concern – in her mind, her only “relief” was to go out and “exercise like crazy,” even going on to explain that that was the reason why she was going out longer and longer everyday.

With that, Hugh backed off and simply told her to take the bike and let him know if ever she wanted company. She smiled, hugged him in appreciation and the two never spoke of it again.

Hugh considers himself to be an “observant” man, and it was after one of Carmel’s longer rides that he noticed something out of the ordinary that he couldn’t get his mind around: Carmel always pushed herself hard, coming back home drenched in sweat and a little moody until she’d showered. This particular morning, however, she looked as though she hadn’t done a great deal of exercise at all. She was sweaty, but not as much as would warrant the apparent “120km” cycle she’d boasted about after coming home.

Hugh asked her if she pushed herself particularly hard, to which she responded light-heartedly, “You try riding 120ks in 2 hours.”

He smirked to lead her into a false sense of security, but that feeling he’d had before was starting to come back – he knew something was going on.

Hugh wasn’t nearly as fit or athletic as Carmel, so in his three attempts to follow her after giving her a head-start, he realised that he couldn’t keep up with her – she left him behind every time.

Frustrated, and unable to ask his friends and family about Carmel’s actions, Hugh decided to look up a private investigator; us.

We arranged to meet during one of Carmel’s morning rides, taking a detailed brief of Carmel’s usual route, stops (that she’d described to Hugh) and a list of her potential acquaintances. With that information, we set up a surveillance operation with an operative following her journey from start to finish the following Friday.

The morning arrived, our operative was stationed outside and ready to go at 6:45am. Running an on–board video camera for the duration, and keeping his trusty SLR to hand, our agent recorded Carmel leaving the house with her bicycle, stretching before getting on, and setting off through the quiet streets.

We followed her for a staggering 40km from her home in Bedford Park to Sellicks Beach, before she decided to pull over and take a rest. She stopped at a bench, removed her helmet, sat down and sipped at her water bottle. Just a few minutes later, she was met by a slightly older woman; a woman we identified as being Carmel’s former employer and professional pole dancer, Melanie Savosnick.

The two sat close to each other and spoke, before Melanie offered Carmel her hand, and led her to her Range Rover where the two packed Carmel’s bike into the back. 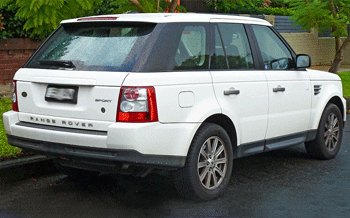 From there, we followed the pair to Melanie’s home just a few minutes down the road, where our agent then managed to capture footage of them entering the house, going up into Melanie’s bedroom. The view of her window was fairly obstructed by vegetation, but it was still clear enough for our agent to see Melanie helping Carmel to pull off her spandex cycling gear, kissing her around her neck and chest and then taking her into the bathroom.

We were able to record both women leaving the bathroom together exactly 28 minutes later, after what appeared to be a shower. Carmel then went on to dress herself back into the spandex cycling gear before leaving with Melanie to take her bike out of the Range Rover.

From there, Carmel continued her cycle ride for an additional 50km, cycling harder and faster than before, until she eventually reached her and Hugh’s home again at 8:58am.

We finalised the operation and delivered the footage and logs to Hugh that afternoon.

The conclusion? It was later revealed that Carmel had always been in an “on and off” relationship with Melanie since Carmel was just 21 years old. After Hugh confronted her with the evidence, she came clean and we heard, on Monday of this week, that Hugh and Carmel’s relationship is stronger than ever, with Melanie even being welcomed into their home (and bedroom) on several occasions.