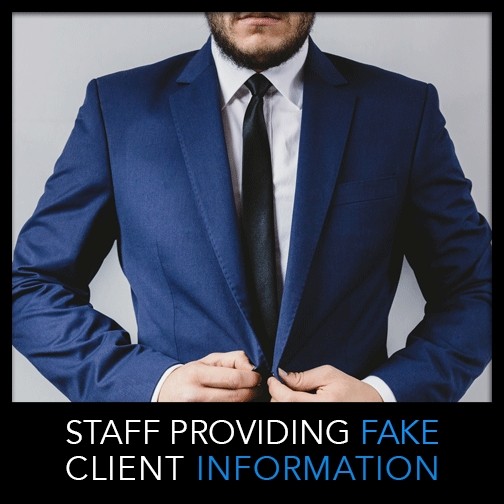 Training Institute Loses Out to Slackers:

Harper Victoria is a training institute that focuses on helping people of all ages to gain qualifications in wide range of careers; from the Responsible Service of Alcohol certificate through to specialised Mechanic, IT and Office Administration Diplomas and more.

Due to the immense competition that Harper Victoria faces on a daily bases, with Melbourne boasting one of the highest concentrations of vocational training institutes in Australia, the company opted to carry out a tried and tested marketing strategy in an attempt to bring in more clients.

Like many before them, and given the sheer number of backpackers that move through the city every year, Harper Victoria decided to implement a door-to-door sales tactic, whereby young, good-looking, professional and charismatic individuals would walk through the suburbs and have people sign up with them, to join the Institute. In so doing, each of the backpackers they employed would be paid minimum wage, being able to earn a $10 bonus for any new student details they managed to capture. In other words, every time one of Harper Victoria’s staff managed to have a student sign one of their forms with their name, address, email address, chosen course and signature to confirm their intent to join, that staff member would receive an additional $10.

Over the first few months, the campaign went relatively well, with their team of thirty staff managing to sign up hundreds of potential new students, with a conversion rate of roughly 20%. Although this might sound low, it was higher than the Institute envisioned, and so they continued with the campaign.

As backpackers came and went, Harper Victoria organised a referral system so that staff members could arrange to have their friends and acquaintances replace them when they came to move on and, in so doing, continued to keep the pool of Recruiters fresh and vibrant.

With that, Harper Victoria continued to run their recruitment campaign for a solid and productive five months. As time went on, however, the campaign manager began to notice that although the number of sign-ups was stable each month, the number of students who then appeared for courses was beginning to drop significantly. He began to develop a theory, that a great many of his recruitment staff were becoming lazy and filing fake information. At first, when the staff came in to deliver their forms, he would systematically ask each one where they went that day, how many people they saw, how many they enlisted and how many the staff thought would really show up – he did this without them knowing the questions were coming, and after he took receipt of their forms, so that they would have to recall the day’s events. This only helped his suspicions grow as so many of them gave very different answers to the information on their respective forms.

From there, he took time over a few lunch periods to sit down and call random sign-ups from the information on the forms. His hopes were that the numbers would be disconnected so that he had more evidence to back his theory, but the vast majority of them rang and many of the people he called even picked up to confirm that they had met one of the Harper Victoria staff members.

Still, as the months rolled onward, the numbers continued to decline. The Board of Directors were adamant that the decrease was due more to a lack of interest in the Institute’s courses and potentially due to location of the building, however the manager, Miles Winston was sure that it was all because of the recruiters.

Over the coming weeks, Miles sat with several directors to share his concerns – some said that if the recruitment campaign was costing the company money, yet yielding no real results anymore, it should be ceased, whilst others knew of its previous successes and agreed that something might be going wrong in the process. As such, a meeting was held to investigate the potential issues within the recruitment campaign and, in so doing, Harper Victoria agreed to hire Precise Investigation to run a surveillance operation.

The brief was simple; systematically follow and report on what different groups of staff were up to and, based on the forms they handed in, allow Harper Victoria to compare the information on their sheets, with the investigator’s notes on their movements. We weren’t told of what to expect from the staff, but to simply make a record of their movements on given days; so we were advised as to which properties to address and given photographs of the staff in question.

Within just two weeks, the investigation had succeeded in revealing what was actually happening; considering the job required staff to work their own hours, out of the office, many had taken it upon themselves to simply have friends and family sign up, often going to bars and pubs to have their sign-up sheets filled with random people, none of whom showed any real interest in the courses at hand or Harper Victoria. We recorded a number of cases where the staff stayed home all day long, before heading straight to Harper Victoria with their sign-up list full of “potential candidates.”

After reviewing the evidence and considering that Harper Victoria had spent in excess of $150,000 on the campaign’s bonuses to date, the institute pulled the plug and has since gone on to employ other marketing methods.

Precise Investigation has worked alongside a wide variety of organisations, institutions and governing bodies to ensure that the information they receive is reliable, and we’ve gone on to provide them with the evidence they need to make informed decisions when moving forward with business development plans, recruitment and investments. If you or your company are ever in need of a professional approach to gathering evidence and acquiring intel on a specific target or group thereof:

We have served Australian businesses and individuals alike for three decades and gone on to provide clients across the country with the information they need. We have operatives stationed in Melbourne, Perth, Sydney, Hobart, Adelaide, Brisbane and even some of Australia’s more remote locations to give our clients unprecedented access to some of the country’s top Private Investigators and the services to suit. Call us today and find out how we can help you.