[flexy_breadcrumb]
Home » There’s Something In The Sushi | Drug Abuse Melbourne There’s Something In The Sushi:

Vanessa Redgrave owns a small business consultancy just outside Melbourne’s bustling CBD. She regularly works with other small businesses to help them improve their position in today’s turbulent online marketplace, and she’s been very successful to date.

Earlier this year, Vanessa expanded her operation and set about recruiting for a new Business Development Manager and three sales executives, growing her team of five to a more efficient nine.

Vanessa managed to find her perfect fit for the managerial position through LinkedIn, whilst the three sales executives were brought in from a recruitment agency.

As such, within two months all nine members of staff were sitting at their desks and performing well. However, midway through July of this year, just five months into their new jobs, Vanessa started to notice a strange trend – Dylan Hempstead, her new Business Development Manager and two of the sales executives, Hanna Dürst and Sasha Williams seemed to be happier, more energetic and more motivated in the office following their hour-long lunch break. Why would anyone complain about their employees’ productivity increasing? Well, the downside to their seemingly amazing enthusiasm and motivation, was the fact that what they discussed, said aloud and wrote didn’t make sense. It was as though all three of them would return drunk, without the stench of alcohol or the lack of coordination to back it.

The general consensus was as she suspected; most of the other members of the team felt that something was wrong, with Vanessa’s assistant even going as far as to suggest that it was highly likely that all three were on some kind of drug.

Shocked but not surprised, Vanessa brought each of the three team members into her office for a private chat. When asking questions, she could visibly see them clenching their jaws, fidgeting with their fingers and wrists and in Sasha’s case, she could even see that her pupils were dilated.

She immediately suspended all three, without pay, for a week; her leniency stemming from the fact that while they had perhaps been using drugs while on the clock, they were still hitting their targets and generally performing well. Therefore, the terms of their suspension was simple: take a week off and when you come back, don’t do it again.

In September of this year, after all had been going well, those same suspicious vibes returned. This time it was much harder to detect, and after having several covert meetings with the rest of the team, Vanessa wasn’t entirely sure whether Dylan and Hanna had reverted back to their recreational drug use during work.

Their moods were always light-hearted anyway, making it difficult to perceive whether they had taken something, this added to the fact that Dylan often chew gum made things all the more difficult.

As such, there was only one way forward; to actually have Dylan and Hanna followed during their time away from work. Sasha, at this point, seemed to be perfectly fine and presented no obvious signs that she was taking anything at all.

Vanessa called Precise Investigation and arranged for one of our operatives to pose as a potential client to come in for a meeting at her office.

We took a detailed brief, along with information about where her staff often went at lunch times as well as both employee’s home addresses. From there, we arranged a two-day surveillance operation, one day focusing on Dylan and the other on Hanna.

The investigation kicked off on the following Wednesday and saw us posting our agent outside Dylan’s home, two hours before setting off to work, then following him to the office, over his lunch break and back home in the evening. The next day we did the same thing for Hanna. 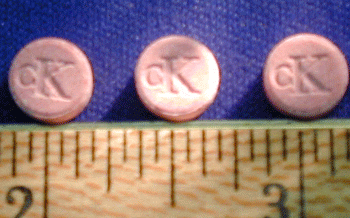 On Friday afternoon, Vanessa had her evidence: While Dylan hadn’t been seen or recorded taking any drugs, on Wednesday evening, he was photographed and recorded on video, buying what appeared to be some form of illicit drug from a hooded figure in St. Kilda. He was seen pulling up to a small side-street and waiting in his car for twelve minutes, before the man knocked on the window and stepped into the vehicle beside him. From there, a visible transaction was made and within forty seconds, the man exited the vehicle and Dylan continued on home. When we came to monitor Hanna, she and Dylan often had lunch together and so, on Thursday afternoon, after the two had ordered sushi from a nearby restaurant, Dylan was recorded handing a small packet over to Hanna before she disappeared into the restaurant’s bathroom. As soon as she’d vacated the restroom, Dylan went in immediately after her. The two were then seen leaving the restaurant, with Hanna evidently holding and rubbing her nose as she sniffed her way back to the office.

While we couldn’t make out what the substance was, it was clear that Dylan and Hanna had taken something over the course of their lunch break and were now heading into the office to continue about their day as though nothing was wrong.

Our investigator telephoned Vanessa at the time and asked that she keep a close eye on both, making a record of any “abnormal behaviour” for her records and to help cement her case when she came to make it the following Monday.

Needless to say, with the evidence in hand, Vanessa terminated both Dylan and Hanna for breaching their employment contracts after they were both caught taking drugs at work. 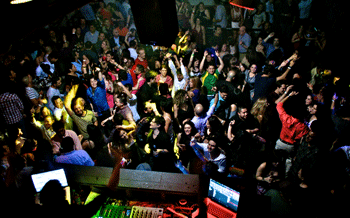 Hanna later admitted that they had both been taking powdered MDMA due to the fact that it made them more productive – “we didn’t take it to party, we did it to make us work harder… to make us more effective.”

It was a tough call for Vanessa because ultimately she could see the results; both Hanna and Dylan were performing very well, but with that being said, Vanessa could not have her company be seen as a place for people to abuse drugs.