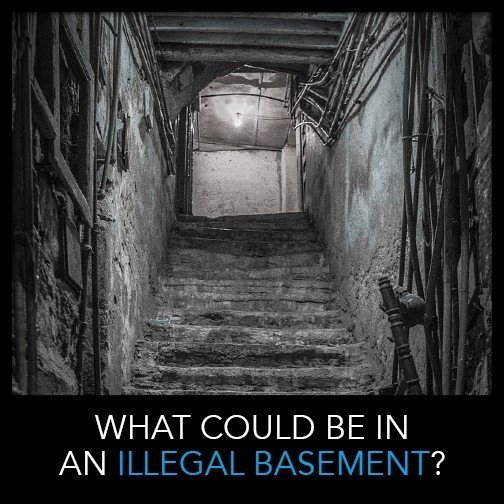 What Would Someone Do With an Illegal Basement?

You might be asking yourself what an “illegal basement” actually is? Let’s find out:

In 2007, Vinnie Ervin and his business partner, Stanley Kershaw, leased a small commercial property to front their first entrepreneurial venture; selling large quantities of cheap goods from overseas to international customers. While potentially quite a lucrative business, the two had ulterior motives; whether they’d planned their actions from the beginning, or whether it was a result of poor judgement… we’ll never know.

Leasing just north of Adelaide, in Gawler, both Mr Ervin and Mr Kershaw were reportedly very good tenants throughout the nine years that they’d managed to keep paying the rent – their landlord, Bill Houston, watched them having a crack at a number of different business ideas over the years, all from the same premises.

Indeed, they had started out by selling trinkets online, but after they made a grave error in their calculations, they felt the burn and needed to turn their attention elsewhere. Next up, they tried to set up an English-speaking call centre, working on behalf of larger companies around the world requiring customer service. They kept that up for some time, but a woman, according to Mr Houston, appeared to be the reason for that little enterprise’s demise. 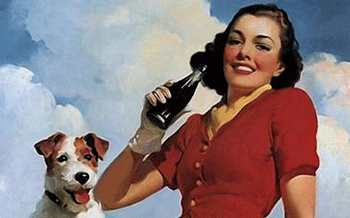 Since then, Bill had watched the two men, both in their early thirties now, try their hands at professional gambling; creating a form of home-made “Craft” brandy; building a portable cooker (for a bicycle) to make and sell home-made burgers from the roadside; buy up or “collect” old clothes, revamp them and then sell them on as “vintage” or “retro” outfits and a host of other ventures.

Whilst Vinne and Stanley did lease the property for nearly a decade, Bill was seldom about to socialise – he maintains other properties around the world that he often needs to visit, reconstruct or sell on. As such, Bill’s interactions with the two men were always friendly, yet relatively rare occurrences.

Early in 2015 however, Bill received an email from Vinnie while he was in the US, asking whether they would be permitted to build a “basement area” underneath the property, at this point to house the barrels of craft brandy they were brewing.

Bill was open to the idea, but asked that they refrain from any construction work until he returned to Australia to apply for development approval. In his eyes, doing something like that to the property would increase its value, and considering Vinnie and Stanley were offering to pay for it, he figured the deal was a win-win.

Unfortunately for all involved, however, the development application was denied due to the fact that there were major gas and water pipes beneath the property and digging would potentially jeopardise their integrity and the safety of those doing the labour.

Bad news, perhaps, but the two men appeared to brush it off as if to say “we’ll try something else then,” as they had always seemed to do when things didn’t go as planned. 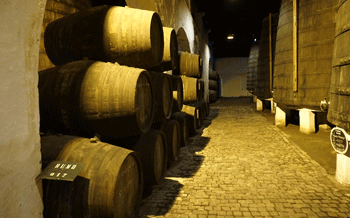 A few months later, Bill popped his head into the office late one night to do a quick once-over while the other two were at home, only to find that the entire place smelled of a musky dampness. He immediately phoned Vinnie to ask what had happened. Mr Ervin simply reasoned that the kitchen tap had sprung a leak the night before, and that they’d arrived to the surprise that morning. Vinnie then assured Bill that they had called a plumber who’d fixed it straight away. Bill, slightly confused by this, asked that he pay for it as it was technically his right to do so, but Vinnie refused, saying that it was technically his fault as he’d man-handled the tap just a few days earlier after it got “stuck.”

A week later, the smell was gone and the office appeared to be back to normal.

For the following two months, Mr Houston was home-bound, and he used that time to focus on the three properties he owned in South Australia. In the process, however, as he drove too and fro, Bill noticed that a beat-up old Ute was starting to show up more frequently outside Vinnie and Stanley’s office at night. It looked ragged and dirty, but Bill never saw anyone get into, come out or drive around in it.

One morning, in passing, Bill managed to catch Stanley as he was heading into the office. Stanley had a big, over-the-shoulder duffle bag with him at the time, and informed Mr Houston that Vinnie would be arriving shortly, as though, in Bill’s mind, to shrug him off. He took the opportunity to ask Stanley if he knew anything about the Ute, but he just denied ever seeing it.

Mr Houston kept a lookout for the Ute, but it never showed up again… and that’s when Bill decided that something was wrong.

He had sensed that Stanley was hiding something; he found it unbelievable that they’d never spotted the car outside, considering how late they worked sometimes; and now the fact that since speaking to them about it, it never showing up anymore; the somewhat skittish conversation he’d had with Stanley just a few days before and the leaking tap story were also still playing on his mind.

Against his better judgement, Bill decided that it was time to have a professional look into the situation. Cue, Precise Investigation.

The brief we received explained the series of events leading up to the investigation – essentially an operation to expose the whereabouts and origins of the Ute, and ultimately figure out why it was stopping outside of Vinnie’s and Stanley’s office so frequently until Bill had mentioned it.

We set up for a series of three-hour surveillance operations on location at the office premises between the hours of 5:30pm to 8:30pm, Monday to Friday, for two weeks, but we wouldn’t need it: 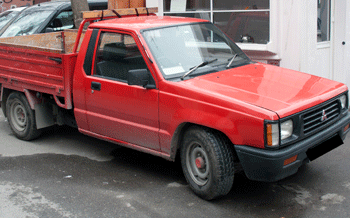 On the very first night of our observations, while Vinnie and Stanley were still inside the building, our agent at the scene decided to do some reconnaissance and scout the surrounding area. Within a few minutes he had located the Ute, snapped photographs and sent them for verification against Bill’s brief. The registration was a match.

Our dedicated support team worked quickly to track down the owner’s details, which, perhaps unsurprisingly, were those of Mr Vinnie Ervin.

Given the findings, we requested that the initial timeframes be altered so that we could spend longer with the subjects to determine what the Ute was being used for and why it had been kept a secret from Mr Houston.

We were granted the extension and thankfully so, because at exactly 11:43pm the following night, Stanley was seen carrying two very heavy duffle bags over his shoulders, through the alleyway behind the office, across the street and over to the Ute. There, he was observed, photographed and filmed as he opened the bags and dumped what appeared to be rubble into the Ute’s tray, before returning to the office with the then empty bags. No more than 15 minutes later, Vinnie emerged lugging the same two duffle bags, full this time, back to the Ute. The pair traipsed back and forth six times in total, before calling it quits and heading off.

Our agent followed, filming the chain of events as Stanley pulled over just a few kilometres away, on a quiet road. There, both men were seen opening the tailgate and pushing the rubble out onto the side of the street as one or the other took turns to drive – our guess was that instead of creating one obvious pile of rubbish, they were spreading it out to stay under the radar.

Nonetheless, it was evident from what we were seeing that some kind of construction was taking place.

Over the next few nights, there was very little activity, visually speaking, but we were able to record what sounded like a mallet or sledgehammer being used, following which, every two nights, Vinnie and Stanley would emerge with those duffle bags. There were no clear vantage points into the offices at night as the men had ensured that all of their blinds were closed and the lights turned off in rooms they weren’t using.

That Friday, our operative decided to go it on foot in an attempt to peer through the windows from closer to the property. While he wasn’t able to capture anything in images, he was able to see, very clearly, that Vinnie and Stanley had shifted all of the furniture away from the centre of the room, and had begun digging a hole in through the floor.

We presented our findings to Bill, along with the exact details of where the hole was being dug, how large it was and the connection between the Ute and the men.

Mr Houston went on to examine the property the next day, only to find that Vinnie and Stanley had, in fact, begun digging the basement that they weren’t allowed to dig. Thankfully, they hadn’t managed to do much, making the repairs relatively cheap on the grand scheme of things, but needless to say, Bill had the two men pay a substantial settlement to cover all associated costs and time involved, following which their rental agreement was terminated and a record of their actions made available, on record, for potential future landlords in the immediate area.

Had Vinnie and Stanley managed to dig deeper, they could not only have endangered their own lives, but those of their neighbours and Bill as well, added to the fact that if they hadn’t caused any major accidents, the damage to the piping, in spite of the council’s refusal for the development application, would have caused major legal problems for our client.

As such, Precise Investigation succeeded in determining the root cause of the suspicious behaviour that Vinnie and Stanley were too inexperienced to hide.

It just goes to show that that feeling we get in our stomachs, when we know something’s wrong, might just be a whole lot more than a feeling!

It was later discovered that the initial water damage that the office had sustained was due, in fact, to Vinnie and Stanley’s efforts to dig under the building.

Please note: all names, locations and identifying characteristics of those described in this article have been changed to protect those involved.