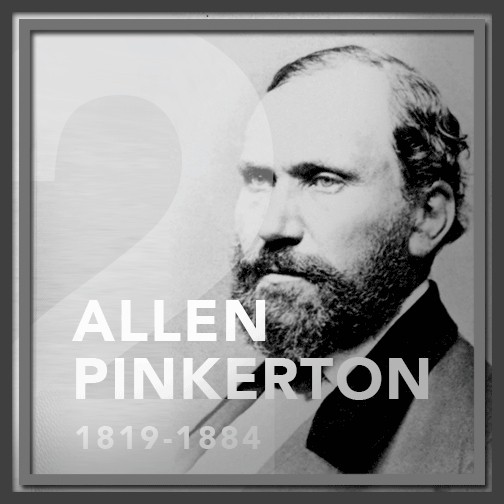 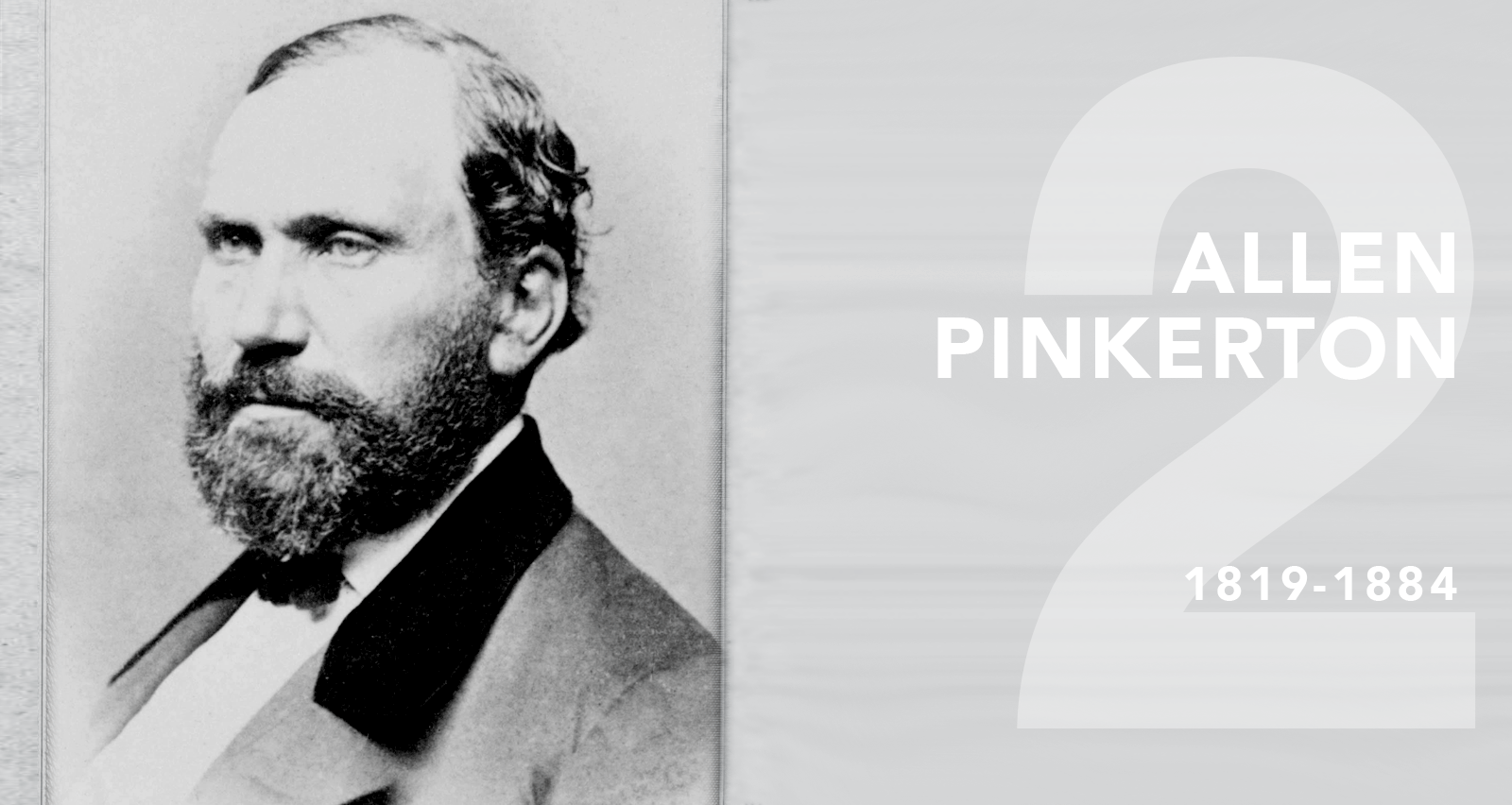 Born in Glasgow in 1819, Pinkerton’s family wasn’t particular wealthy. He left school at the age of 10 and became a Cooper by trade. He was involved in the Scottish Chartist movement when he was a young man, working towards fairer democracy in the United Kingdom and attempting to break class barriers. However, he saw greater opportunities abroad and emigrated to the USA in 1842.

He was settled near the city of Chicago and restarted his trade, building barrels from his cabin. Once again, he became involved in a political movement, abolitionism. His home was a stop on the underground railroad by 1844, helping to move escaped slaves to Canada and freedom. As well as his trade and abolitionist activism, it was here that he began his road to becoming a famous PI.

It all began when he was out looking for material for his barrels, walking in the forest. He came across a gang of counterfeiters and began to observe their movements from discrete locations. After gathering enough information, he informed the local sheriff and the gang was arrested.

This first case piqued Pinkerton’s interest and impressed the local government officials. As a direct result of aiding with the capture of the counterfeiters, Pinkerton was appointed as very first detective in the Chicago police (thankfully, becoming a police detective is a bit more involved these days!). However, that appointment wasn’t entirely to his liking and approximately one year later, he resigned and formed a detective agency of his own, called the North-Western Detective Agency. It then became Pinkerton & Co. before settling on the name of Pinkerton National Detective Agency, with the logo of an eye wide open and the motto of “We never sleep”.

Over the following decade, Pinkerton worked closely with the rapidly expanding railways all across Illinois. He solved numerous train robberies and met two people who would become incredibly important, George McClellan (future General of the Norths Army during the U.S. civil war) and Abraham Lincoln (future U.S. President). He also continued to be active in the anti-slavery cause, meeting many figures of note, including John Brown (whose assault on Harper’s Ferry led to the American Civil War).

Upon the start of the civil war, Pinkerton was asked by General George McClellan and President Abraham Lincoln to serve as head of the Intelligence Service (predecessor to the American Secret Service) for the Union. He and his detectives had many successes during the war, foiling an assassination attempt, gathering intelligence on Rebel movements and ferreting out traitors amongst the Union military.

After the end of the civil war, Pinkerton returned to mostly private work for the remainder of his life, mainly finding and capturing train robbers, working on behalf of companies in labour disputes and tracking notable outlaws (including Jesse James). One prominent job was in Cuba, where the Spanish Government hired Allen to help suppress a revolution.

Pinkerton finally died in 1884, possibly from gangrene, malaria or a stroke. At the time, he was working on a centralised system of criminal information, an idea that was carried on and is now run by the FBI. With his accomplishments, he is considered by many to be the most successful and well known Private Investigator in history, going from Cooper to Police Detective and Head of Union Intelligence, not to mention to innumerable cases he solved while presiding over his agency. He is also one of the few non-military members of the “Military Intelligence Hall of Fame”.