[flexy_breadcrumb]
Home » The Spies Among Us | Corporate Espionage Australia The Spies Among Us:

Now this is interesting!

For the first time, Precise Investigation was brought into an investigation commissioned by the Managing Directors and CEOs of four companies, working together to overcome a serious case of corporate espionage.

Over the last eight months, all four men were in contact with each other as they became suspicious of a man, posing as an employee.

The four companies in question, are just a handful of what was suspected to be a very long list of businesses effected by our mystery man.

But what was going on? What was he doing? 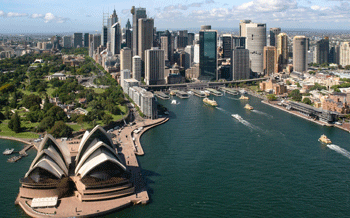 The first incident arose after John McCullagh, the MD for a medium-sized investment firm in Sydney, was asked by the office receptionist how long “the new guy” had been working there. Confused, John enquired as to which “new guy” she was talking about. She described him and confirmed what John had asked him to obtain from her – the entire list of clients that the company had brought in over the last thirty days, including phone numbers, email addresses, physical addresses and their positions within their respective companies.

That particular list held private information for over four-hundred clients.

John immediately went to the HR department to pull logs of all the newest people the company had employed, none of which were technically classifiable as being “new” anymore. Added to this, the man had introduced himself as “Harry, the new guy” yet there was only one Harry at the company and he’d been there for several years already.

John’s assistant arranged for the office’s CCTV to be reviewed and, while they were able to see the man on their footage, he had been smart enough to avoid showing his face to the cameras. 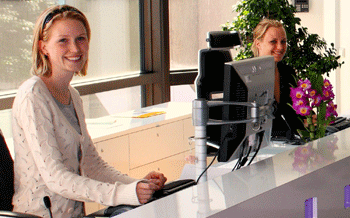 The footage did, however, reveal that he had walked into the building no more than ten minutes before asking John’s receptionist for the information – walking in and meandering about the building to kill time before making a beeline to her desk. After acquiring the information on a USB drive, he had pretended to walk back into the rear of the office, when in fact he had simply pulled a U-turn out of her sight and then walked back out of the building.

Just a few weeks later, as John was having lunch with a long-time friend and ex-colleague, Paul Denver, he mentioned what had happed with the mysterious man who’d seemingly stolen valuable client information. Stunned, Paul admitted that he had experienced the exact same thing just four days earlier on the Monday, even going as far as to describe the man’s appearance.

Between the two of them, they called around and found that two other men, Bill Kilner and Mark Sumpter, both leading figures at their respective brokerages had encountered similar situations.

Together, it was found that the man had stolen information on over 2,500 high-value clients from the four companies.

Stifled and a confused, none of the four men had been approached or heard of anyone in their offices being called upon to buy or otherwise acquire any of that information – one would only assume that if someone was stealing information like that, that they would then try to tell it on to competitors.

The four men made calls to the other asset managers and investment firms in NSW to enquire as to whether they’d recently been sold information or even perhaps had theirs stolen, but none came forward.

Roughly one month later, Mark Sumpter received a call from an associate in Victoria, informing him that he’d just received an offer, via email, to buy client information. Fortunately, he recognised the names of a few clients on the list, who he knew were already working with Mark’s company. In his confusion, he believed that it was someone from Mr Sumpter’s office that had stolen and now tried to resell the information.

It was at that point that the four men decided to hire a private investigator in Melbourne, in an attempt to gather evidence and ultimately catch the culprit.

Precise Investigation was brought in to attend a briefing in New South Wales, at John McCullagh’s headquarters, along with Paul, Mark and Bill. There, we were briefed with what had happened to date, and tasked with setting up a Skip-trace and locate, along with accompanying surveillance in Victoria to find the man in question.

In our notes, Pauls’ assistant had mentioned that she had seen the man in the office before, but couldn’t place the date, time or even the reason as to why he’d been there. As such, our dedicated support team worked hand-in-hand with each company’s HR department, office assistants, secretaries and receptionists, and we were lucky enough to uncover an interesting trend:

Before the thefts took place, each company had held a series of interviews for a range of positions up to two months prior, with John’s company being the most recent. Analysing the interviewee’s résumés gave away very little, but their accompanying cover letters held the clue. 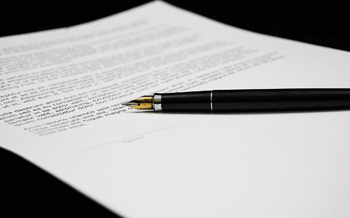 The man had changed his name with each application, along with tailoring his CV to each job and ensuring that his address, telephone number, email address and experiences were all entirely different every time. His cover letters, however, weren’t as carefully constructed. While they were different, he had copied and pasted certain sentences and paragraphs from one to the other, and kept his writing style very similar throughout.

This information was useful, but having hidden his face and changed his name so frequently, the man had made it very difficult to pinpoint or even identify.

With that, we asked that the four men work together to ask all of their contacts in Melbourne to inform them of any potential information sales and, should the opportunity arise, lead the seller to believe the sale would be made after consideration, and asking him to leave his contact information for a follow up.

For more than a week, nobody came forward… until one Wednesday afternoon, Paul received a call from a company in Melbourne he’d dealt with earlier in the year, informing him that the man had just been there and they’d managed to take some contact information from him.

Immediately, Precise Investigation was informed and tasked with setting up a surveillance operation at that Melbourne location as the men agreed that they’d bring the man in to purchase the list the next day. The meeting was arranged for 2pm.

At exactly 1:50pm, our operative at the scene was dressed as an interviewee and sat waiting at reception, reading a magazine as though to wait for his meeting. He had fitted a button camera and microphone to his suit, along with organising to have three additional cameras set-up in the office; one in the board room, pointing straight at the seat in which we hoped the man would sit, one in the hallway leading to the office’s main entrance and one behind the evacuation information framed on the inside of the office’s main door – to catch the man’s face as he left.

He was approximately 40 years of age, wore a tailored and very impressionable suit; he was clean cut and admittedly a very charming and charismatic individual – all noted by our operative as he watched the man’s interaction with the receptionist.

This time around, he had identified himself as Vinnie Debrasco and told the lady behind the desk that he had a 2 o’clock appointment with Sam – the procurement officer at the firm.

All of this information was being fed to another operative, stationed outside the building.

The two went in to the board room where they discussed the sale, they signed a few bits of paper, shook hands and the man left.

At this point, our operative outside was made aware of him leaving and made to follow him for the rest of the day, until he arrived at home.

Our agent watched as “Vinnie” went from office building to office building, then to a few eateries to drink coffees as he waiting for meetings – with each office he visited being followed up directly by our other operative on foot. We took statements and enquired as to who, what and why “Vinnie” had visited, even going as far as to confirm that he had changed his name each and every time he visited a new building. 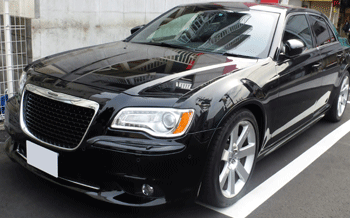 At 6:30pm, the Vinnie ordered an Über from the last office he’d visited, which drove him approximately 18km to a quiet street in Seaford. From there, we watched, recorded and photographed as he stepped into a brand-new, all black Chrysler 300SRT – a car with a $90,000 price tag. We ran the registration details and found that the car belonged to a man with an Australian driver’s licence, called Aaron Shriek, originally from Western Australia.

Our dedicated support team looked further into Mr Shriek’s background, revealing his address, along with his work history, previous convictions and financial standing. Everything about this man seemed legitimate, other than what he had been involving himself in most recently.

Nonetheless, our agent on the move followed Mr Shriek to his Victorian home – a small villa-type house in Lancefield.

All of this information was passed on to our four clients, along with video footage of the transaction taking place, photographs of the man’s face and full-length recordings of him ducking and diving into numerous offices in Melbourne – added to statements taken from each of the offices he’d visited earlier in the day.

All-in-all, there was enough evidence at hand to not only press charges, but sue, and that’s exactly what John, Paul, Bill and Mark decided to do.

The following day, our last task was to issue Mr Shriek with a court order, which we pulled off in the evening by pretending to be a courier; asking Mr Shriek to sign for receipt and open the letter.

Job done – John and his friends decided that they would sue Aaron for no less than $100,000, taking into consideration the expenses they’d accrued to catch him, the damage he’d caused to their company’s reputations and the fact that they couldn’t know for sure who else he had sold to or for how much.

The outcome of this lawsuit is still to be confirmed.

P.s. All of this could have been avoided from the get-go, had John and his associates only employed proper background checks in their recruitment processes to begin with!