[flexy_breadcrumb]
Home » The process of giving evidence in court 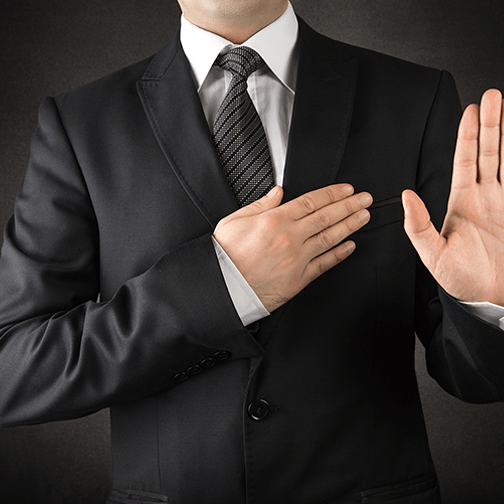 The process of giving evidence in court

Once evidence has been assembled, there are processes around how this evidence is given in court. Whether it is a criminal case in a court of law, a civil case, or a Fair Work Commission Tribunal hearing, every person or respondent has a right to present their case, and this is when evidence will be called for as part of the hearing.

This evidence will be used by an employer in support of their case in a tribunal, by a plaintiff in a civil court, and by the prosecution in a criminal matter. The tribunal or court may call for information on how the investigation was carried out, what evidence was gathered during this investigation, and the findings and outcome.

This evidence may come in the form of physical items such as clothing, weapons, computer hardware, photos, videos or other forms of recordings, letters and emails, and official written submissions from experts like medical reports or testimonies made under oath.

The etiquette and protocols of courts and tribunals

When you are called to provide evidence to a court or tribunal there are a number of processes that you must adhere to, including appropriate dress code, conduct and official protocols of the court. It is customary in all courts and tribunals to pause at the door before entering and bow your head to the Coat of Arms. You must also stand and bow when the Commissioner, Magistrate or Judge enters or leaves the room and remain standing until they ask you to sit or have left the room.

Most of the other etiquette and protocols you should adhere to are common sense, including a ban on all recording devices, weapons and offensive items or clothing slogans. You also can’t smoke, chew gum, talk or eat while the tribunal or court is in session. You should wear professional clothing including covered shoes and your mobile device should be turned off and not just on silent mode.

This is extremely important; do NOT enter the courtroom until you have been asked to do so. By walking into the courtroom or trial while it is in session you could be influenced by the proceedings and your actions could jeopardise the entire proceedings.

When you are called into the room you will be asked to stand beside the witness box and remain standing for The Oath or an affirmation. You are able to choose, depending on your religious standing, but both carry the same gravitas.

You will then be asked a series of preliminary questions including your name, your title, your company or role and your age or date of birth if that is applicable. It is then that you will be asked to present any evidence, either in the form of a physical item, document or an oral statement. You will be given full instructions by the court or tribunal so all you need to do is follow direction and speak clearly and truthfully.