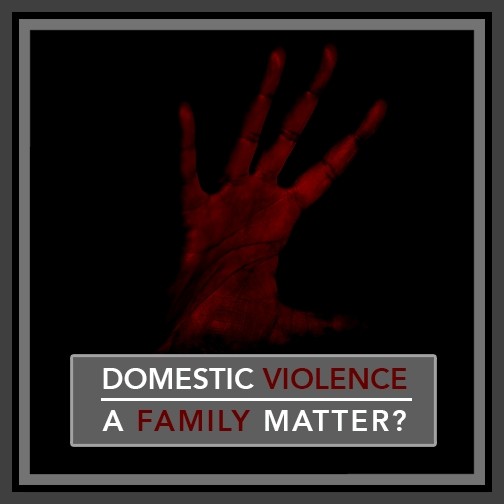 Violence Towards Women – A Family Matter?

A new case study surrounding assault victims treated in Australian hospitals has shown that violence against women is “usually” carried out by a partner or spouse and, in the majority of cases, the perpetrator is a family member.

The Australian Institute of Health and Welfare (AIHW) has released new findings that show that almost 6,500 women were admitted into hospitals between 2013 and 2014, specifically as a result of assault. Not all victims are happy to come forward about how their accidents happened, those that did come forward revealed that a staggering 59% were admitted into hospital as a result of physical abuse by their spouse or domestic partner.

Of the remaining 2,665 cases, parents and other family members account for nearly 50% of the victims admitted to hospital. Roughly 25% of all female assault victims admitted into hospital in that time refused or were otherwise incapable of identifying the perpetrator.

Professor James Harrison, an injury epidemiologist for the AIHW, went on to acknowledge the “distressingly high proportion of cases” in which the perpetrator was the victim’s spouse or other family member.

Dr. Harrison goes on to explain that the patterns of injury is different between males and females; “for males, it’s much more often an acquaintance or somebody they don’t know,” that assaults tend to arise from. In fact, women and girls were put in hospital at nearly half the equivalent rate for men, with 56 cases per 100,000 females, compared to 121 cases per 100,000 males.

A more haunting statistic perhaps is the fact that in the 15 years + age group, 217 cases (8% of victims) were pregnant at the time of the assault.

“If it’s your family member or spouse and it’s happening at home, where’s your refuge? That’s what’s particularly distressing about this, I think,” added Dr. Harrison.

In January of this year (2017), in a bid to identify key service downfalls and areas in need of attention, the Human Rights Commission called for the Commonwealth to improve upon its means of national data collection with regards to domestic and family violence.

That study revealed that of the 479 homicide events that took place between 2010 and 2012, 40% occurred in a domestic setting, with nearly 60% of the associated deaths arising as a result of intimate partner homicide.

Its report found that more than 40% of the 479 homicide events recorded between 2010 and 2012 occurred in a domestic context, with almost 60% of those deaths cases of intimate partner homicide.

The Australian Institute of Health and Welfare is set to publish more in-depth findings later this year; a study which is due to be the “first comprehensive, statistical picture” of domestic, sexual and family violence in Australia.

Now, while these figures may come as a shock to some of you, please allow us to shine a light on these otherwise dull and depressing facts.

Many people think of Private Investigators as being solely dedicated to either exposing love affairs or catching people off guard as they dabble in what they shouldn’t during working hours.

While that might be true, it’s important to remember that our uses are far broader and more applicable than you might imagine. In regards to this article in particular, Precise Investigation was proud to work alongside domestic assault victims; their friends; compassionate strangers and concerned family members in helping them to gather evidence against the perpetrators and ultimately put a stop to their suffering.

It isn’t always physical abuse that causes the problems either; we have personally handled some incredibly complicated cases, where the personal and commercial relationships in question have been built on a foundation of blackmail and extortion, inevitably leading to one party becoming the victim in what can only be described as a complete misuse and abuse of power.

While we might like to push this to the side and go on thinking that “it’ll never happen to me,” it’s important to remember what your options are, or what advice you can pass on to people, in moments of real need.

If you think you could do with the services of a professional, licensed private investigator, or team thereof, please don’t hesitate to contact us. One of our friendly and knowledgeable staff will be sure to answer any questions you may have and guide you through the process that may very well lead to someone’s salvation in the not-too-distant future.

Thank you and we hope to be of assistance in your time of need.