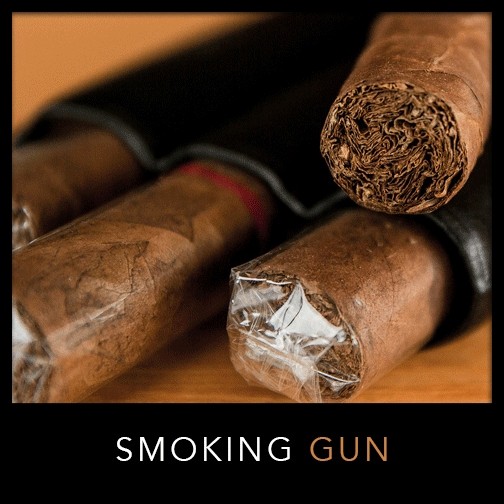 James Wenju, a successful businessman originally from Japan, has been living in Australia for close to fifteen years, working for a reputable accounting firm here whilst maintaining three businesses overseas for additional income. 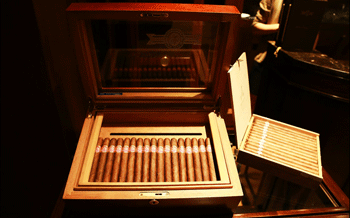 On his 40th birthday, a dear friend of his, Ken Bruce purchased a box of 50 fine Cuban cigars – retailing at close to $2,500, from a tobacconist just outside of Sydney… one of few to stock the selected brand of hand-rolled cigars. Over the next six months, James and his friends smoked their way through the collection before asking Ken where he bought them from.

On his next visit to Sydney, James went to the same tobacconist and scoured the shelves for the same brand, which seemed to be sold out. On enquiring, he was told that those cigars weren’t being made any longer, but that a special order could be placed to have them made specifically for him.

Being an avid cigar fan and having a fair bit of wealth behind him, James arranged to have 100 of the cigars made; intending to keep 50 for himself and his circles, and another 50 to be sent to Ken on his birthday, which was just a few months away.

The cigars were to be imported directly from Cuba, and were estimated to take between 3 and 4 weeks to arrive.

On arrival, James had managed to clinch a particularly large deal and so had reason to celebrate – again, he invited a few of his best friends around to start the evening off with a bang.

As they wined and dined, James brought out his new arrivals – 100 of some of the world’s finest cigars; one for each of the men he was entertaining and 1 for himself. They each took their time in smelling them, feeling the tobacco between their fingers and then snipping the ends off and lighting up.

After just a few drags, James noticed that there was a very strange sweet taste in the cigars that he hadn’t tasted in the others that Ken had bought – it was a chemical taste; an alarming taste. James asked around and heard from all eight of his guests that they too could taste the odd sweetness. Concerned, he asked that nobody continue smoking, just in case the cigars were “defective” and that he’d return them to the shop in exchange for new ones.

Three days later, on another trip to Sydney, James went and spoke to the store owners, bringing with him the remnants of the eight unfinished cigars and the remaining 92 that he feared may also have been tainted. He asked for the owner to smoke one for himself, to see if he agreed that something was indeed wrong, to which he agreed.

Given the nature of the order, the store owner offered to make another order, this time at a 50% discount – he couldn’t offer a refund as the cigars were specifically ordered for James and, as such, the deal wasn’t exactly done “by the book.” Hesitant, James agreed; this time opting for just 50 cigars and purchasing another 50 off the shelf for Ken’s birthday.

By the time the big day arrived, James’ custom order hadn’t arrived yet, but he bestowed the other 50 he’d purchased onto Ken when the two were sitting quietly to one side. Delighted, Ken immediately lit his – as he sat back in the chair to enjoy it, he gasped and spat furiously at the floor, stubbing the cigar out as he did so.

Astonished, James asked him what was wrong, to which Ken blurted out that the cigar tasted rotten. The taste reminded him of almonds and, from their youth, both men understood that if or when something tasted or smelt of almonds, that it was most likely poisonous.

Highly disappointed, James asked that Ken come with him to the store where he’d bought the cigars, so that the two could confront the owner and ask him why the quality of his cigars was decreasing so much. Both were free the next day and so James stayed the night for an early start the following morning.

After arriving at the store, with the second batch of tarnished cigars in hand, the pair entered and spoke directly to the store owner, telling him of the almond taste and demanding a refund. Reluctantly, the store owner handed over a refund and simply threw the cigars in a nearby paper bin – he then turned to both men and asked them to leave, exclaiming “no more cigars for you!”

James asked him about the order he’d placed for his other cigars, trying to gauge whether it was likely they were also going to be bad, to which the store owner simply waved his hands and said “I don’t know – we only order for you – we not make, so I don’t know.”

Slightly frazzled, the two men left and got into Ken’s car to head back to his house. On the journey, they decided that it couldn’t hurt to run a little investigation. They’d used PIs before for a number of odd jobs around the country and so thought nothing of it to have a little sniff around of their own.

Ken had used Precise Investigation just the year before for a commercial investigation and so provided James with our details to initiate the operation at the nearest opportunity.

The following week, our operative met James at his Melbourne offices where we received; a detailed brief; some of James’ own iPhone photographs of the cigars he’d received to date; the address and name of the store owner and; details of the brands of cigars that the two men had purchased. Our mission was simple: tail the store owner and find out when he restocked his supplies and find out where the stock was coming from.

As such, we set a two-man surveillance operation up outside the store on a shift basis – each operative working for a straight 12 hours before swapping over for the other to take over.

On the very first day, however, Mr Hatari, the store owner, was kind enough to lead our operatives to the root cause of everyone’s problems. Our operative followed him from the store, after he’d locked up that evening, to his home in NSW’s Hunter’s Hill – a very affluent area that didn’t meet a cigar store owner’s assumed financial status. It was also noted that Mr Hatari drove a Mercedes to and from work, a vehicle that only the more successful small store owners could even dream of owning.

Nonetheless, on arrival at Mr Hatari’s grandiose home, our operative stationed himself at an adjacent look-out point, given the fact that the house itself was encased by large gates and a walled perimeter. Several hours later, Mr Hatari’s wife, it seemed, ventured out across the lawn to a small outhouse at nearer the Eastern wall – our operative was located to the West. Taking a night vision camera with him, and his own SLR, the agent on scene moved discretely over to where she’d gone, setting his car up silently right by the brickwork so that he could peer over the wall.

The smaller building had no means of looking inside – all the windows were curtained shut and the doorway leading in was closed, so he positioned himself in wait for when she’d leave, hoping to capture footage of the building’s insides as she opened and closed the door.

And there it was, just half an hour later; Mrs Hatari held the door open with a small box as she and another lady brought stacks upon stacks of cigar boxes into the main house, all the while our operative was taking photographs and recording video of what he could see happening in the building.

Inside were three women of Asian decent, wearing nothing but their underwear, with a mound of browned leaves at their side and bamboo rolling mats on the floor in front of where they sat. Each was taking the leaves at their right, rolling them in their hands, lacing them with a clear liquid and then finishing the rolls using the small bamboo mats – they were rolling cigars.

Instead of changing over when the second investigator arrived, the two arranged that the first would remain in place and continue shooting video of what was going on inside, whilst the other would make his way over to the Southern wall for a clearer view of the main house.

Using a 500mm lens and a tripod mount, he too stood on the roof of his car and began taking snaps of what was going on inside Mr Hatari’s house; he took photos of his wife and the other woman bringing the boxes of cigars into the house’s main entrance, and placing them on the floor of the hallway there. He then took more of Mr Hatari himself checking off the boxes on what appeared to be a clipboard. Given the low light and the distance, it was too difficult for our agents to take a clear shot of the clipboard’s contents.

Mrs Hatari returned to the outhouse, removing the box from the door and saying something to the women inside, before closing the door and taking one final stack of boxes straight to the G-class Mercedes in the driveway.

The following day, we presented our findings to Mr Wenju.

Instead of confronting Mr Hatari, James and Ken are currently deciding whether to launch a follow-up investigation to determine the source of the tobacco and to find out what the liquid was that was being used to roll the cigars.

Should the investigation go ahead, we hope you’ll stay tuned to find out more about where this story leads.

Please note: all names, addresses, locations and identifying characteristics described in this article have been changed to protect the identities of those involved.