Sagan Cowne
02:18 02 Sep 15
Used Precise Investigation to track down a former colleague of mine - John was able to help and managed to locate the guy in just four days. Great work guys and thanks again for your help!
See all reviewsWrite a review
powered by Facebook
[flexy_breadcrumb]
Home » Should Infidelity Lead to Separation? | Love & Relationships Australia Is Infidelity a Good Excuse to End the Relationship?

It might sound like a crazy question, and don’t get me wrong – if I had to come home one afternoon to find that my partner had been doing the dirty with someone else, I would definitely feel incredibly hurt – but, as a divorcee and a professional, dealing with people’s most private relationship issues on a monthly basis, my reflections on love and partnerships has evolved over the years.

It’s not only through my reflections of my own relationships and those of the people I work with, but through looking back at history; humanity and its varying cultures’ approach to love, marriage and having children.

Before we can shun infidelity, a term, by the way, that is literally defined as being an “action or state of being unfaithful to a spouse or sexual partner,” we have to understand what being “faithful” means, and why that word has become so powerful in the realms of relationships.

This is a very wide topic, and as much as I would love to go into great detail, the sources that we’ll need to cover are so numerous and vast that this article would easily span thirty to forty pages, so I am going to do my best to be as concise and coherent as possible: Our social structure, as human beings, has been defined over thousands of years by those that lived before us. Over those millennia, religions were created and engrained into our cultures as a means to uphold laws (for fear of divine punishment), create order and push people to become less barbaric and more civilised. As many of us know, especially those that “live by the book,” it was those religions and the scriptures that accompanied them, that led to the rules and social norms that we integrate and carry out in our lives today.

With that in mind, let’s turn our attention to the eighth of the Ten Commandments: “Thou shalt not commit adultery.” Okay, so it’s fair enough to say that sleeping with another man’s wife or having sexual relations with another person while you are married would definitely break that rule and, according to the bible, land you up in eternal hellfire.

Other religions, such as Hinduism, Buddhism, Islam, Judaism, some Celtic traditions and even a few offshoots of Christianity allow for and promote polygamy; the custom of having more than one spouse or sexual partner at a time. 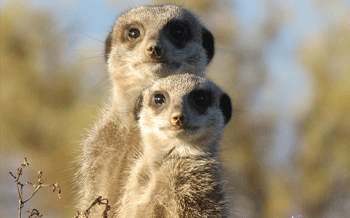 Furthermore, and as many “adulterers” might tell you, monogamy isn’t “natural.” How can I say that? Well, studies have shown that only 5% of the ~4,000 warm-blooded mammals on Earth engage in social monogamy, whereby they stick with one partner to fulfil their basic needs – of those, studies suggest that the males stick with just one female as a means to ensure their offspring and future mating rights were protected from other males. Of those creatures, meerkats, wolves, beavers and naked mole rats are a few examples of truly monogamous animals.

So now, let’s reflect on the reasons behind why monogamy was such an important aspect of the developing world… in fact, it’s pretty simple. Thousands of years ago, there were a number of reasons as to why people were encouraged (through fear of eternal punishment) to remain faithful to one person and one person alone:

1) Human populations and their relative densities were far lower, distances between populations were greater and, ultimately, choices for sexual partners were more limited. Therefore, as a means to keep peace amongst the “alphas” at the time, it was forbidden to indulge in another man’s wife or another woman’s husband.

2) There were no contraceptives, childbirth was dangerous and the risk of spreading diseases, like gonorrhoea, was high. So high in fact, that Moses even led a crusade of sorts, to kill everyone but the virgins! As such, what better way to keep the population safe, than to prevent all of this through strict social laws?

In today’s day and age, things are very, very different, so why wouldn’t we evolve to change with the times?

The human population is pushing 8 billion people across the globe, the distances between those populations has shrunk drastically and, moreover, it has become ever easier to interact and socialize with larger pools of people from varying backgrounds, cultures, religions and countries than ever before. What does that mean? Choice.

When I was a boy, I always dreamt of having a Minolta SLR camera. The options were limited and expensive at the time, but as I grew older, technologies advanced, more companies entered the market and now, today, there are literally thousands of different models to choose from. The camera I wanted, by today’s standards, is obsolete.

A weird metaphor perhaps, but now replace my Minolta with a woman (or other human being, for those inclined). I grew up dreaming of being with this one person, and as we grew up, I saw thousands more, all different, all having their pros and cons and, all just as tempting as the first. So what now? I’m supposed to stick with my first thought and not even test the waters?

Love at first sight could well have been an effective means of selection thousands of years ago, when there were only 50 people in the village… but now when the selection extends into the billions, you might never even meet the person you’re meant to fall in love with! Before I turn this into too much of a rant, I’d just like to focus on the fact that over my 30 years’ experience in the field as a private investigator, I have dealt with well over a thousand cases of infidelity. Unfortunately, the outcome in most instances is divorce or separation… and in cases where children are involved, you can imagine that those decisions have much bigger effects down the line. In less than 10% of cases, adultery or being unfaithful results in a stronger bond between those affected.

I hate to say it, but if we, as human beings, allowed ourselves to love whomever we wanted, however we wanted, there would be a great deal less hatred, less stress, less pressure on sexual performance (yes, this is a legitimate reason for people to be unfaithful) and a greater appreciation of other’s strengths and, the idea of homo and bi-sexuality being taboo would become obsolete. Why do I hate to say it? Because I would lose a lot of work if everyone decided that having multiple relationships was the norm!

Something for you to think about, but have you never thought that you might love someone else, even though you already know you love the person you’re with? Does it feel wrong? Does it make you nervous around that person? Does it make you get butterflies in your stomach?

All of those feelings that come about as a result of you feeling bad about being attracted to another person are thanks to tradition and nothing more. Yes, you might feel compelled to be faithful… but if you’d been brought up in a society where mothers and fathers weren’t married and brothers and sisters were of different blood, you would see your current relationship very differently.

Who knows? Humanity might even be able to do away with cross-country borders if we learned how to listen to our hearts. 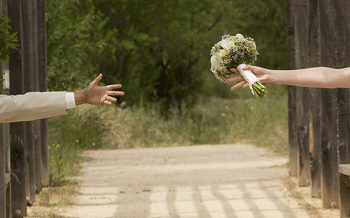 So in answer to my original question, “is infidelity a good excuse to end a relationship?” I would say that in itself, infidelity is not a good excuse – the reasons behind the infidelity and the way we, as human beings, have come to appreciate monogamy are the real reasons to look into… what are your views?