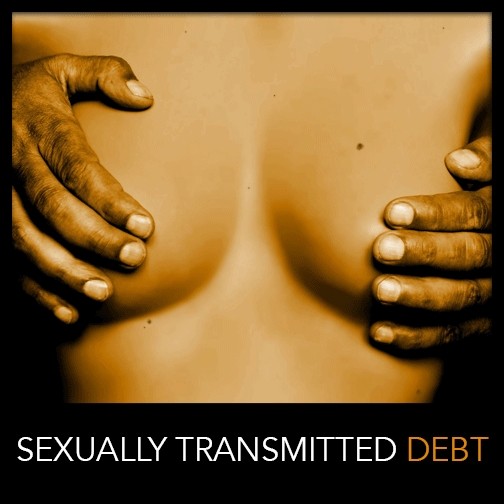 It’s on thing to fall in love with a person, only to find out after a few months that they had a nasty biological surprise waiting for you under the bed sheets… a surprise that you’d then start learning about after realising that it’s taken hold of you too.

While sexually transmitted infections are indeed something that end in huge stress and anxiety for couples, if the relationship is real, the people involved tend to be able to move on and address their issues together (obviously depending on the diseases in question). However, when it comes to transmitting debt from one person to another, that’s a whole other ball game.

Hannah Campbell, a successful, long-term accountant and her partner Sam Jeffries had been dating for eight months before Hannah started to realise that Sam was becoming more and more evasive with his money – in the beginning the pair had usually taken turns to pay bills, or split them when the payments were particularly high; but now, eight months down the line, Hannah was doing the maths and it became clear that Sam wasn’t quite carrying his weight anymore.

Sam held a good job at one of Victoria’s landfills as the site manager, a job which he’d worked towards for some time after entering the company as a general office assistant. His pay had increased, leading to a whole new world of pleasures, hobbies and luxuries… but unfortunately his wallet wasn’t able to keep up with it.

At the end of their 9th month, Hannah sat down with Sam after receiving their latest electricity and water bill, approaching the situation with a handful of other bills and receipts – her plan was to confront Sam and ask him whether he was struggling for money. Sam, we should mention, had always been described as a very independent, self-motivated and driven individual who would almost always shrug off advice and steer clear of any assistance… Needless to say then that when Hannah came to discuss the bills with him, he wasn’t interested in giving out too much information.

“Don’t worry about it – you know how much we’re making and you can see that we’re getting through it,” he’d say to her when she asked him if they were ok for money. Hannah knew that they could indeed afford to keep living the way they were… her only real concern was that she also knew that as the months crept forward, she was going to be carrying more and more of the financial burden.

In secret then, over the next few months, Hannah kept a very precise record of everything that they were spending money on and, more importantly, how often Sam would contribute and, when he did, how much he’d be putting in. She then compared that information to what they’d arranged in the beginning of their relationship, where the two had met on a high and even gone on to move in together within just 4 months. The results were clear – Sam was only contributing to just under 30% of their combined financial responsibilities.

Hannah had one final talk with him in hopes of getting to the bottom of his issues – as an accountant, she would plead with him to allow her to help… but the conversation was a failure, resulting in a growing awkwardness in their silences.

Having weighed up her options, Hannah decided to figure out what was really going on with Sam – a great many thoughts flooded her mind about what he could have been doing with his money; whether he’d actually ever earned what he’d claimed to be; whether he was supporting another woman; whether he was sick – she just wanted to know – so she got in touch with Precise Investigation.

At the next available opportunity, we sat with Hannah and took a detailed brief of any and all information she could provide in regards to Sam’s job and the life he had before he’d met her. With that information we came to an agreement that an initial background check would suffice in terms of cross-referencing what he’d told her to what he had actually been doing; following which if little or no evidence came forward, we’d engage in a simple surveillance operation to investigate further.

Luckily for Hannah though, the background check and the follow ups hit the nail on the head; Sam was in major debt. 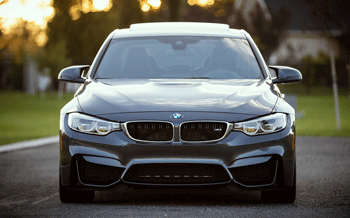 Sam had indeed been the site manager at the landfill, but what he hadn’t told Hannah was that after his promotion, Sam had gone out and bought himself a brand new BMW M3 on a finance package, amounting to roughly $3,000 a month. Whether he had miscalculated or not was another question, but information about the vehicle showed that it had been written off in an accident – information that Hannah had never known about.

After meeting with us, Hannah approached Sam, this time with facts and figures, to ask whether he needed help. Being the caring person she was, and the fact that she was so determined to make the relationship work meant that Sam could really open up.

While all the details were never shared with us in their entirety, the last we heard from Hannah was that Sam’s BMW issue was the least of their problems – a number of small personal loans from varying banks had also taken their toll and left him with crippling debt that neither she nor he could manage.

Hannah’s final decision was to leave Sam, transferring enough money to his bank account to see him through basic rent and living expenses for a few months while he figured out a way to regain some financial control.

Although their relationship did come to an end as a result of the finances, we have personally seen couples continue down the road, full-steam, without either partner coming forward about their respective money issues, only to have debt collection services pitch up at their homes when one or the other had no idea about the situation.

In a nutshell, we can’t stress enough how useful it can be to run a simple background check before you get in too deep; whether you need more information about a potential partner; a business associate; an employee or even a babysitter – it pays to know what you’re getting into.

Please note: all names, locations and identifying characteristics of the people described in this article have been changed to protect the identities of those involved.