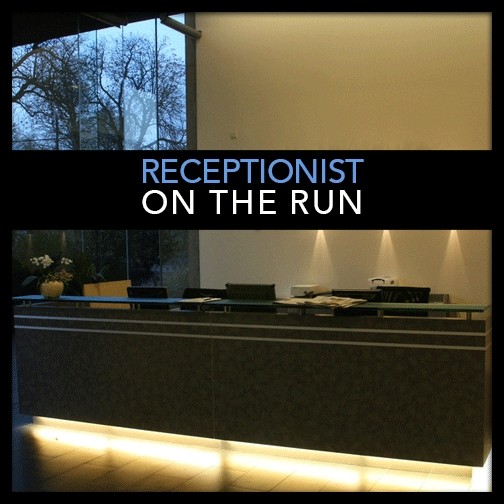 Woman steals from her employer and escapes to Darwin 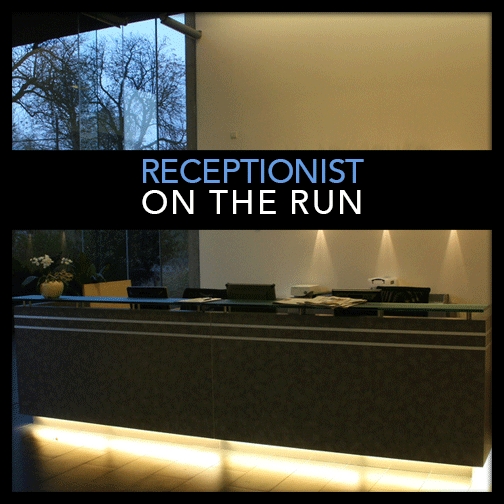 Receptionist on the Run:

We were recently called by a leading Event Management company, based in Melbourne, after the receptionist went missing.

Now as sinister or worrying as that may sound, she didn’t simply up and vanish; instead she decided to make a runner after the company had clinched a multi-million-dollar contract for an upcoming awards ceremony.

JJ Haringtons, the event giant, was commissioned to not only set up, organise and run the event, but also to procure all of the “necessary” props that would appear on stage and throughout the auditorium. Considering the budget, the team was asked to arrange for fifteen unique, custom-made, gold-plated awards to suit the occasion. So, after tracking down a feasible supplier, JJ Harringtons had the company produce the awards for them in just two weeks, the total cost of which amounted to in excess of $16,000.

When the package was delivered to their offices, the receptionist, Cindy Ballard signed off on their receipt and within just two hours, she was caught on CCTV carrying the box out of the building and across the street. However, nobody had suspected anything as Cindy had always been a good friend, colleague and all-round nice person at work. That is, until she didn’t turn up the next day and kept her phone turned off. After growing suspicious, it was then that the CCTV footage was reviewed and unfortunately, she had parked her car out of the cameras’ views and nobody in the company had kept a record of her license plate information. One of her co-workers though, did know the make and model of her car.

Taking into account the fact that JJ Harringtons was often in the media, albeit rarely named, and that they had always maintained an untarnished and highly professional reputation, they were unwilling to involve the police in the matter; doing so would bring negative attention to the firm and the upcoming event and, furthermore, they wished to keep the fact that they had potentially “lost” the ceremony’s awards. At least, they wanted to try to locate them again first, failing which they would need to come clean.

With that, Denise Simpson, one of the managing directors at JJ Harringtons, drove over to Cindy’s house that afternoon, only to find that nobody was home. There was no car outside and she noticed a “For Rent” sign pinned to the fence out front. It was then that Denise decided to take things a little more seriously. After conferring with her higher-ups, an agreement was made to bring in some professional help and, as such, JJ Harringtons tasked us with finding Ms. Ballard.

Now, sometimes these cases can be incredibly complicated as most people who plan these kinds of heists, tend to have most of their ducks in a row before they set out; that’s to say that they usually create a false identity of sorts, use illegitimate résumés to land their jobs and describe fake information in their contracts and other legal documents. However, Cindy had not been so bold, leading us to believe that her actions were somewhat spontaneous… Nonetheless, our dedicated support team got to work immediately, turning their attention to the letting agents that she’d rented from in Melbourne. Their records indicated that her house had been on the market for a few weeks, coinciding with the timeframe that the awards had been ordered. Unfortunately, however, they were unaware of her current residential status away from that property as she’d not organised anything with them.

Our next stop took one of our operatives over to Cindy’s listed next of kin’s home; her parents’ house. There we’d set up a simple surveillance operation in the hope that she’d swing by at some point, but after two days, we were starting to run out of time and so turned our attention to the bigger picture. Was she still in Melbourne?

With the help of our support team, we’d run an intrinsic search online for all things Cindy and come to realise that a few months prior to the operation, she’d made contact with an old school mate of hers that had since moved away to Darwin, NT. On Cindy’s twitter account, she’d often made mention of how bored she was with city life and the prospect of saving some money to spend time away was growing ever more tempting. Kevin, the man with whom she shared these thoughts, works as an engineer at one of the larger gas plants in the Northern Territory and so, was relatively easy to track down.

One of our female operatives called him, fronting as a member of Australia Post and asking him to confirm the details of his address for a mislabelled package they’d received. With that information, we set off to Darwin and established a small surveillance perimeter around the apartment blocks he stayed in.

Our man at the scene caught regular glimpses of Kevin going to and from his building to work, but no signs of any Cindy’s in the area. After 30 hours, our support team picked up on Kevin receiving a tweet from a new account with no other activity (no followers or other tweets), reading, “Vino after work?” with a photograph of a small bar on Mitchell Street. The investigator had noticed the bar himself, when searching for Kevin’s home, and so had a good idea of where to go.

Just 45 minutes later, we watched as Kevin walked into the bar and sat with a blond woman away from the windows, but still within sight. After getting confirmation from the support team of Cindy’s appearance, the operative proceeded to enter the bar and confront the pair.

With a hidden camera attached to his shirt, the agent walked through the bustling bodies before coming to a halt at their table. There, he pretended as though he recognised Cindy from school too, and went on to exclaim with joy at what a surprise it was to see her there. She had originally tried to half-heartedly deny her identity, but after seeing his excitement and seeming innocence to the situation, she confirmed that she was, indeed, Cindy Ballard.

As soon as that confirmation was made, the investigator dropped the act and told her that he’d been sent there to find her and bring her back to JJ Harringtons, failing which the police would be involved as the company had the evidence they needed to have her arrested on theft charges.

Deflated, upset and angry, Cindy made a few small arguments in protest, denying any affiliation to or with JJ Harringtons, but after being shown the CCTV footage from our operative’s mobile phone, she proceeded to comply.

Cindy hadn’t told Kevin about what she’d done, which made the confrontation all the more amusing; watching his face go from forced smiles to immediate shock and awe – priceless.

Nonetheless, Cindy revealed that she hadn’t yet sold the awards as she’d been unable to find a buyer, although was in the process of making a few connections in and around the area. Fortunately for her, she failed… had she managed to sell the the awards off, she’d have faced prison time for sure.

JJ Harringtons were able to successfully reclaim their awards, following which Cindy was terminated under Gross misconduct.

This case wasn’t particularly difficult as our suspects were naively active on Social Media – a tip to any potential crooks out there: don’t post everything about your life online – however, skip tracing and location operations can often be incredibly complicated and drawn out. If the potential suspect has taken a more professional approach to their maliciousness, victims often find that the person or people they were dealing with never actually existed at all and all they have to go on is a face.

Now those are often very interesting cases to take on, but involve months of legwork, surveillance, database compilation and analysis and, of course, hours upon hours of talking to independent agencies that may or may not have dealt with those individuals on some level.

Luckily however, now for JJ Harringtons, for our clients before them and for the clients to come, Precise Investigation has the expertise, industry insight and technical prowess that any client could need. Moreover, our thirty years’ experience as one of the country’s top private investigation firms certainly lends a strong helping hand in getting to the bottom of a diverse range of issues, whether our clients face them at home, at work or when they’re on the move.

To benefit from the same high levels of professionalism, and have your case seen to by one of Australia’s leading Private Investigation Agencies:

Please click on this link to find out more about our tailor-made Skip Tracing and Location services.

We have operatives stationed across the country, giving Melbourne, Adelaide, Brisbane, Perth, Hobart, Sydney and even the more remote areas of the country, unprecedented access to some of the top minds in the industry and the means to overcome any number of corporate, domestic, government or industrial concerns. If you’re in doubt and you’d like some guidance, support or any of our fully-fledged Private Investigation services, get in touch with us today and see what we can do for you.

Please note: All names, locations, addresses, traits and identifying characteristics of the people, places and businesses described in this article have been changed to protect the identities of those involved.