As most of you are aware, vandalism is the act of causing purposeful damage to another person or company’s property. There is no “one shape fits all” reason for why people go about vandalising things; rage, envy, jealousy, sending a message, fun, madness and gang initiations are amongst the most common. 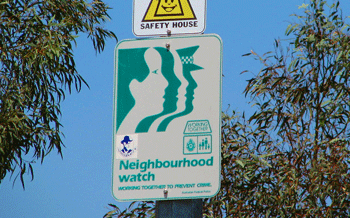 Earlier in September of this year, we received a call from the head of a newly established “neighbourhood watch,” a group of people from a particular neighbourhood in Melbourne’s Preston suburb. The group was formed after rubbish bins in the street were tipped out across the road and in people’s front gardens, graffiti and silly string (that stringy stuff that sprays out of a can) were sprayed over residents’ fences, front doors, trees and hedges – all of which happened over the course of just a few months.

Originally, the police had been contacted and the crimes reported, yet in every instance where the police came by to do a “sweep” of the area, they were unable to see or notice anything suspicious going on. Further to this, despite several members of the neighbourhood watch taking turns to stay up in shifts, none were able to catch the people responsible… even though after the group was formed, the crimes continued to happen.

One member of the watch went as far as to purchase and set up three CCTV cameras, with the consent of his neighbours. The cameras had a wide view (and night vision mode) to capture the length of the street and a few of the houses’ entrances. The CCTV cameras did the trick, kind of, in the fact that they were able to capture 7 hooded figures arriving on bicycles; the first instance was at 3:30am on a Thursday morning; the second recorded incident was at 2:12am nearly two weeks later on a Tuesday morning and; the third and final instance was captured at 4:47am on a Sunday the following week. The footage was sent to police for review, yet despite what was recorded, the police were unable to identify nor capture any of the suspects. A plea was made to have a police car stationed on the street for a few nights a week, to act as a deterrent, and they were kind enough to oblige. However, after three weeks of no action and the fact that the officers stationed in the area were often required to tend to other matters, the police informed Mr Heedling, the head of the neighbourhood watch, that they would no longer be able to perform regular monitoring, but would always be available in emergencies.

As such, the group got together and decided it was time to take things one step further… they wanted to hire a private investigator.

Given that the times at which the vandals rode through the area was always so varied, it was difficult for the watch to determine when was best to initiate the investigation and how long it should go on for. Nonetheless, a meeting was arranged and a brief was formed.

Precise Investigation was tasked with performing a tri-weekly sweep, for 90 minutes at a time, between the hours of 2:00am and 3:30am, over the course of a month. A total of 18 hours’ surveillance. Granted the the hoodlums would most often swing by at speed, on their bicycles, on the very first day of our operation, we had two agents arrange to place six remote cameras, facing into the street and the direction of travel, on bins, fence posts and tree branches, each connected wirelessly to our dedicated support team’s monitoring station and the operating agent’s tablet and smartphone.

In the first two weeks, there was nothing to report, to the amazement of the neighbours, yet in the third week the vandals returned.

Our cameras and the operative stationed in a black sedan half-way down the street were in place and ready for action at 2:42am on Thursday 17 November, when five men armed with cricket bats, a steel pole and spray paint cycled rapidly into the street. They were filmed and photographed kicking and hitting over bins, pulling the rubbish from within them across the tarmac, spray painting people’s windows and causing damage to the neighbourhood’s trees, flowerbeds and fencing.

From his position, our agent at the scene was able to capture one of the five men’s faces in photographs, while the six cameras set up in the area caught the faces of another two – one as he swung at a bin with a hidden camera and the other as he entered into someone’s front lawn. The other two are remain unidentified.

However, with the footage, film and report in hand, we presented our findings to Mr Heedling who has subsenquently passed that information over to the Police.

With three faces captured, clear as day, the Police have ensured the neighbourhood watch that the criminals will be apprehended and brought to justice.

Since the time of our initial report, until now, Mr Heedling and his neighbours have confirmed that one of the five men has been detained and questioned by the police.

If you’ve ever experienced vandalism like this; had your bike stolen, had your car keyed or your property damaged in any way, here are a few pointers that may help you to avoid the problem: 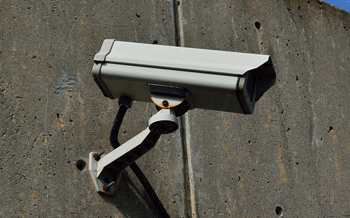 1) Put a CCTV sticker up at the entrance of your property. Even if you don’t have a camera in place, just the thought of one being there is enough to put some vandals and thieves off.

3) Put a motion-sensitive, high-powered lamp at your entrance. When someone walks near it at night, it should light up and make ‘em run away.

There are a number of other measures you can take, but the further I go in listing them, the more expensive those solutions become… at least those I’ve mentioned above are easy and cheap enough to set up in a couple of hours.

Keep your eyes peeled and, by working together like Mr Heedling’s neighbourhood watch, we can all ensure a safer, more pleasant environment for everyone!