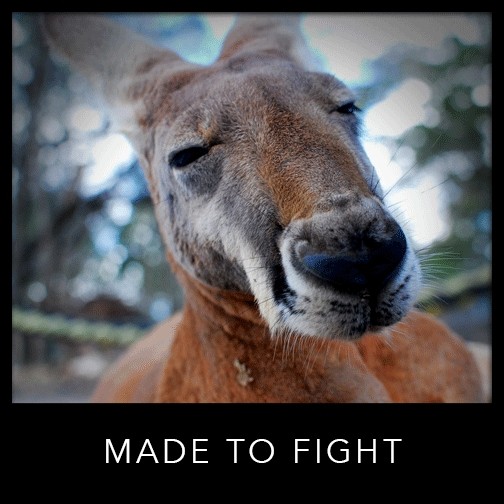 Tash Hunter owns two wildlife rehabilitation centres in Australia; one in Victoria and the other just a short trip from Hobart in Tasmania. Her sanctuary takes in sick, injured or discarded animals from the wild, the side of the road and from people bringing them in. From there, she and her team of fifteen staff are responsible for caring for the animals until they are able to be returned back into the wild.

Her rehabilitation centre currently holds a wide range of Australian fauna, including; both Red and Grey Kangaroo species; Koalas; a multitude of wallaby and quoll species including the elusive Black Spotted and Tiger quolls; Tasmanian Devils (in Tasmania); birds of prey; frogs; geckos and other small reptiles and amphibians.

Tash has been involved in animal rehabilitation for over 15 years and has taken every measure to ensure that both of her centres and all of her staff are up to the task of ensuring a prolonged and healthy life for each of her animal residents. Originally, she had opted to employ ex-cons or those that were otherwise unable to get a normal job without prior experience and knowledge of general workplace practices, however in 2014, after losing 26 of her Tasmanian devils to the hands of a “Zoosadist” she employed before performing a proper background check into his criminal past.

Since then, Tash has set up a long standing relationship with Precise Investigation to provide ongoing background checks for the staff she employs, especially considering most only stay on for a few months. Bearing in mind that Tash knew she was looking to hire ex-convicts and the like, she simply wished to exclude any persons with a history of violence towards animals, but most other criminal histories were overlooked.

Earlier in July of this year, Tash arrived to her Victorian centre to find that four of the twelve Red Kangaroos onsite had been badly injured. It was common practice for the rangers there to move the Kangaroos to the fields adjacent to her property, to allow them to run, jump and socialise. Darrel, one of her staff members reported that he noticed the four males fighting when they were out and so he and his colleague Ben separated them and moved them back to their enclosures. Tash and the onsite vet-nurse took the four boys and had their wounds seen to; luckily there was no major damage; just a number of small gashes on their stomachs, faces and thighs. Kangaroos are known to fight in the wild, but it is usually only the “Alpha” or more dominant Roos that end up in brawls – in this case, all four of the affected males were far from the dominant male in social hierarchy and so should have little reason to fight, especially considering they were kept clear of females for the majority of their time at the centres.

On 12th July, when Tash arrived at work in the morning, she was greeted by Darrel with some bad news – two of the grey kangaroos had also fought the previous evening during their time in out, this time resulting in one of them dying and the other being seriously injured. On inspection, Tash could see that their fight had been long, with the survivor suffering multiple lacerations, incisions and blood loss, as well as potential blindness to his left eye. The male that died was slightly older than the other; his cause for death was deemed to be blood loss from a ruptured artery in his inner right thigh.

In all her fifteen years in the field, Tash had seen kangaroos fight, but never to such an extent and most certainly never within the confines of her centres. As an off hunch, Tash asked Susan, the vet nurse, if she would clean the surviving kangaroos nails and send the scrapings off to Melbourne’s primary animal clinic for analysis – she was still unsure as to whether it was, in fact, the kangaroos who had caused each other such severe damage. When the results came back, however, Tash was slightly relieved to find that it was the kangaroos fighting each other, as opposed to some third party’s involvement.

On 1st August, as she drove in, Tash saw two of her biggest Red Kangaroos having a proper go at each other through the fencing of their enclosures – something that had never happened before either; at least to such a degree.

What was going on?

She sought the help of animal behaviourists and veterinarians to give her some insight into what might be causing the fighting; the general consensus was that they were likely fighting due to nearby female being in heat or a lack of food. Tash took that information and inspected the area to see whether those were plausible conclusions. Unfortunately, however, there was more than enough food and none of the females in sight of the males were in oestrous.

With these findings in tow, she asked that her team keep a careful vigil over the Kangaroos and record what they saw everyday. She provided each of her staff members with a note sheet that she would collect and review at the end of every week, even going as far as to ask that one or two of her employees to stay overnight to keep watch.

After over a month of further research, the notes her staff were providing didn’t leave any clues as to why the Roos were fighting, and yet every two-three weeks since July she would arrive to find another two or more Kangaroos injured.

After some careful consideration and a talk with her husband, Tash decided that a surveillance investigation was in order. Considering she’d been using Precise Investigation to provide her background checks for so many years, she decided to call us to instigate the surveillance operation.

We met with Tash the next day to form a proper brief; we would begin with setting up temporary CCTV on and around the fields where the Kangaroos were allowed to run free, as well as on their individual enclosures, all without her staff’s knowledge. Additionally, we would assign a single operative to monitor the entire area to determine whether something else was causing the fighting.

Tash and her husband were due to visit their Hobart centre for a week in the middle of September and so we arranged to run the investigation in her absence, especially considering that the more severe injuries to her Kangaroos seemed to take place when she wasn’t at the centre.

On the fourth day of their leave from the centre, our operative managed to record something shocking, something that Tash may have originally assumed but thought the better of… At 7pm, just an hour and a half after the centre closed to the public, we managed to record Darrel, Ben and two unknown men visit the centre, all wearing uniforms. From there, we photographed and videoed them slinking around suspiciously, looking through windows of the onsite cabins, as though to check if anyone else was there. From Tash’s notes, we knew that Darrel had offered to take on a night shift that night, but Ben and the other two men were nowhere in the paperwork.

Finishing up their scan, the four men then proceeded to enter the kitchen, bringing out two cases of beer and a bucket of ice. Darrel and Ben motioned for the other men to remove the beers from the boxes and put them in the ice as the two of them walked with a set of keys to one of the enclosures. There, Ben took a lasso pole from the neighbouring shed, fished it over one of the larger grey kangaroo’s necks and dragged him violently from his enclosure into the clearing in the centre of the area outside reception. At the same time, Darrel used some kind of bait to lure one of the red kangaroos from his pen over to where Ben and the other Kangaroo were waiting. As they moved closer to each other, Darrel shouted over to the others to bring the beer over because they were “gonna let ‘em rip.” 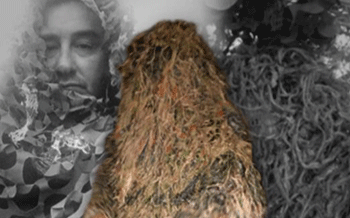 Ben, still holding the Kangaroo by the neck with the pole, simply let go as Darrel put one piece of food between Ben’s kangaroo and the one he’d lured over. Immediately, the two males started going at it, lurching up on their tales and kicking viciously at each other before trying their luck at grabbing the food. The fight seemed to last forever, but on reviewing the footage, it lasted all of 4 minutes 26 seconds. Both of the kangaroos this time seemed to escape their battle relatively free of any injuries, but immediately after returning them to their enclosures, the men opened their beers and exchanged money. We then heard one of the unknown men asking Ben when he thought it would be likely that they could “start doing this on a bigger scale,” even going on to say he has “three of four guys at work that would f*cking love to come.” We weren’t able to hear Ben’s response, but the men prepared a barbeque under the night sky before venturing home just a few hours later.

That same evening, our operative at the scene sent all of his findings over to our support team, who compiled it and, along with his surveillance logs, forwarded the entire evidence package over to Tash for immediate review.

Needless to say, both Tash and her husband returned to Victoria the following afternoon and terminated Darrel and Ben, with the threat that if she ever heard of either of them working with animals again, she’d use the evidence she’d obtained to press charges against them.

Tash has since arranged to have additional CCTV cameras installed throughout her centres; as opposed to having only two within the main reception area and the main entrance.

Please note: All names, addresses, locations and identifying characteristics of those described in this article have been changed to protect the identities of those involved.