Sagan Cowne
02:18 02 Sep 15
Used Precise Investigation to track down a former colleague of mine - John was able to help and managed to locate the guy in just four days. Great work guys and thanks again for your help!
See all reviewsWrite a review
powered by Facebook
[flexy_breadcrumb]
Home » Little Do We Know What They Get Up To | Surveillance and Monitoring Services Australia 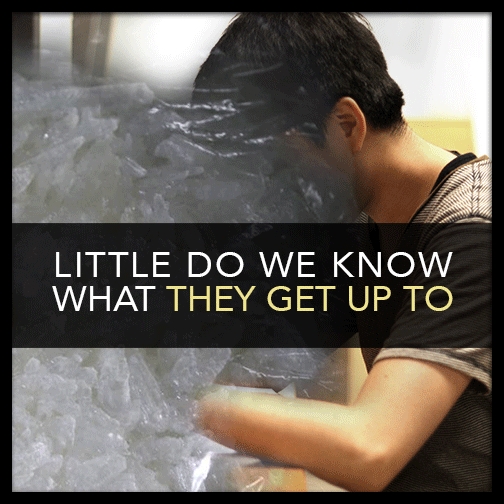 Little Do We Know What They Get Up To:

Ian Ying and his wife, Tu, originally of Vietnamese decent, moved to Australia for two years with their son, Kevin, before he was due to start his studies at University.

Kevin was enrolled at a local high school in Adelaide, where his family had temporarily migrated to, and had always been a top performer when it came to his school work. Most would describe Kevin as hardworking, charming, athletic and funny – at least that’s what his parents thought most people would say.

When the time came for Kevin to begin his studies, his parents organised basic accommodation, the rent for which was to be shared between him and a few of his school mates, and arranged to send over a monthly allowance that Kevin would need to budget carefully.

As time went on, Kevin received a number of warnings from the university, regarding his attendance, or lack thereof, yet this correspondence was only ever sent to Kevin’s newly rented share-house. Ian and Tu were blissfully unaware of the university’s attempts to steer Kevin back on track.

Eventually, Kevin was removed from the course by default, after failing to submit a number of assignments before deadline and continuously skipping lectures, seminars and student workshops. However, Kevin had still not informed his parents.

It was only after the next billing cycle that Ian noticed that the university hadn’t taken any payments for the upcoming term. With that, Mr Ying immediately called the university to reconfirm the payment arrangements, only to hear from the admin staff that Kevin was no longer enrolled at the institution.

While his parents now knew that he hadn’t been studying, they weren’t at all sure about what he was actually getting up to when he was supposed to be working. As such, Tu requested that Precise Investigation follow up on their son’s behaviour, before, during and after university hours.

Kevin’s parents were interested to see what he was spending his money on, if he was living a healthy life and, if so, how he was able to keep himself afloat on the minimal allowance he’d been fed every month. The surveillance operation would equate to roughly 70-80 hours behind the wheel of a car for one particular operative, stationed near the university campus.

Our specialist in the field was equipped with HD and Infra-red surveillance cameras, mounted to her vehicle and two, loose, on the passenger seat for quick snaps. Having two sons herself, both of whom grew up in Adelaide, our agent was more than aware of which local “hotspots” to check out and when to be there.

Over the first week and a half, our agent reported minimal, visible expenditures, accounting for things like groceries, food and drink, entertainment and the like, and filed this in her report; Kevin would spend, on average, roughly $6-12 a day, seeming to spend a little more on that Friday night. Towards the end of the second week though, it wasn’t quite the same story.

On the following Thursday night, Kevin Ying was followed, photographed and recorded across two different video systems, leaving his suburban share house on his own, dressed in a grey, hooded sweatshirt and black jeans. Given the temperature at the time, 31-degrees C, the need for a hoodie was questionable… but all became clear within just fifteen minutes.

Kevin had hopped onto a bus that carried him all the way to Adelaide’s Victoria Harbour area, where he proceeded to wait for another man to arrive in a brand-new, Toyota 86. The man behind the wheel is believed to be roughly 35-40 years of age and of South-East Asian decent.

Kevin was handed two large sandwich bags from the driver, one holding at least $2,000’s worth in pills, and the other contained what we believe to be Crystal Meth, A.K.A, Ice.

From Kevin’s clean and well-kempt appearance, and the fact that he had never been seen by our operative to be using drugs of any description, nor did any of his friends, it was fair to assume that he had either acquired the drugs for resale, as a dealer, or as a mule, to pass them over to another party.

Taking that information into account, our operative continued to send photographs and video evidence of Kevin going about his everyday life, which predominantly involved watching him play Playstation with two of his housemates, with little to suggest that he was involved in drugs at all.

Just four days after the initial, dodgy transaction took place, the same Toyota appeared outside Kevin’s house, the first time doing nothing but parking in a nearby street for roughly 7 minutes, and the second night, that Saturday, parking with its lights off for 2 hours, with a clear visual of Kevin’s home.

With this information sent to Kevin’s parents, the two immediately called an end to the investigation in light of their son’s safety, took on all of our evidence and arranged for him to return to his home town, Hai Phong, in Vietnam.

While we were unable to continue the investigation and determine the outcome of Kevin’s alleged drug habits, Precise Investigation breathes a sigh of relief as we revel in the fact that one more youth was potentially saved from a long, twisted and undisputedly unpleasant future.

To find out more about our domestic or civil private investigation services, please click here.

If, on the other hand, you’re more interested in exploring the hundred-and-one benefits that we can offer your business, please visit our commercial private investigation services by clicking here.

Precise Investigation, our network of dedicated field operatives and our dually experienced support team boast over three decades’ as one of Australia’s foremost Private Investigation firms, collectively. Adelaide, Sydney, Perth, Melbourne, Hobart, Brisbane and even the more remote areas of the country can all benefit from our services, so wherever you are, get in touch with us today.

Please note: All names and associated identies, addresses, nationalities and other characteristics of the people described in this article have been changed to protect the identities of those involved.