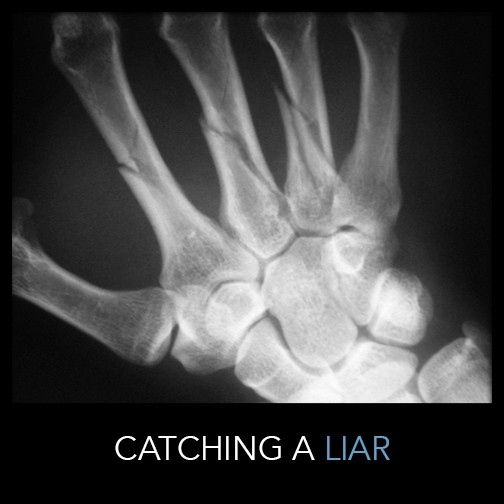 Samantha and Frank Nesbit have been married for five years and started working together as mobile application designers as they’d both qualified in computer sciences and saw a niche in the market.

Over a four-year period, the couple managed to generate an average income of $120,000 a year, before going on to take up income protection from a leading insurance provider and client of ours, GHA insurance. 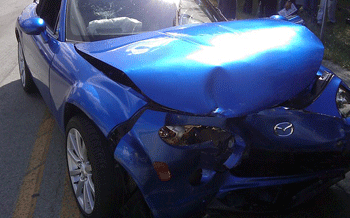 In February of this year, the couple claimed on their income protection for the first time after they were involved in a car accident, which left Frank with a broken wrist and his wife, Samantha with a fractured right hand and other minor injuries.

The claim was approved, with the couple receiving roughly $3,750 per month each over the period of their recovery, an initial 2 months with the potential to increase it if necessary.

After the two months had passed, Samantha reported a full recovery and so cancelled her claim, whilst Frank asked GHA to extend his income protection payment period after finding that his hand had sustained severe nerve damage, meaning that he would most likely not be able to return to work unless several thousands of dollars were spent on intense physiotherapy and additional doctors’ consultations. With that, GHA would need to set aside several hundreds of thousands of dollars for what is generally referred to as a “reserve,” given the claimant’s age and the terms and conditions of his policy, which allowed for protection up until the age of 65. Due to the relatively minor claim made initially, GHA had no reason to launch an investigation, but following the allocation of the reserve, the insurer decided that an investigation was in fact necessary.

Precise Investigation was assigned to the case, tasked with performing a simple surveillance operation over the course of four weeks to determine whether Frank’s claim was legitimate.

The investigation was set into motion the following Monday. As per the information provided to GHA by Frank, we were aware that he and his wife had always worked from home, giving us the relatively simple task of monitoring his activity from a solid vantage point somewhere nearby.

We had a two-operative team assigned to the case, who would work in shifts to cover the house twenty-four hours a day, and follow Frank discretely in an attempt to identify any signs that he may in fact be capable of working as he once had. 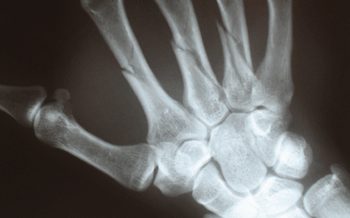 Unfortunately for GHA, the first four weeks of investigation turned up nothing, as Frank was recorded to have been abstaining from using his hands all together; Samantha was seen opening doors, typing messages on his phone, carrying bags and driving for him, amongst a number of other activities in which she played a vital role. However, it was also noticed that whilst she was being very helpful, she was often seen arguing with him, most notably after the two had paid a visit to the local bottle-o, purchasing a number of wines and spirits, all of which Samantha carried back to the car. In that instance, we managed to capture footage and audio of her complaining to Frank, asking “how long are we going to have to keep doing this?” to which he replied, “until they stop caring.” Other words were said, but due to the distance from the microphone, we were not able to capture the exact phrases they used.

Nonetheless, Precise Investigation presented our findings to GHA who confirmed that the claim, while seeming legitimate, may need to be revisited in the future.

GHA asked Frank’s doctors for monthly reports pertaining to his health in general, as well as specific notes regarding his hand’s recovery from the accident. One note in particular from Frank’s primary physiotherapist mentioned that while his right hand had indeed sustained a great deal of damage, there was little evidence to suggest that his hand was neurologically damaged enough to “prevent him from performing basic motor functions.”

Considering Frank’s line of work required him only to use a keyboard and mouse, his physiotherapist’s statement raised suspicion surrounding his claim, which in turn led GHA to re-launch the investigation, again asking that we monitor his home and his activities over a four-week period.

When our operative arrived at the scene the following day, the situation was very different to what it was previously, in that Samantha was nowhere to be found and instead a different woman was seen mingling and otherwise being affectionate towards Frank. Nonetheless, the investigation continued with the same two-man surveillance team being set up in the vicinity. 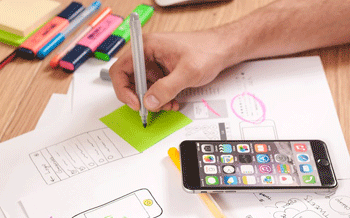 On the third day of the operation, Frank was careless enough to allow our investigators a prime opportunity to catch him out on his lie: he was caught on camera using his injured hand to perform a massage on the new woman’s shoulders after the two retired in his living room to watch television; a massage that was evidently requiring a great deal of strength from both of his hands.

On closer inspection over the next two days, Frank was recorded having used his injured hand to type on his mobile phone and computer; to open and lock the front door of his house; throwing a catching a set of keys; load groceries from a trolley into his car and unload and carry them into his home and; performing a similar massage on the new woman’s feet.

As such, the operation was successful and Precise Investigation went on to present our findings to GHA who subsequently nullified Mr. Nesbit’s claim and went about launching a federal investigation into what was suspected to be a serious case of insurance fraud.

The outcomes of that investigation are undisclosed for the time-being.

Precise Investigation has helped GHA and a multitude of likened insurers around Australia to effectively determine the legitimacy of given claims, from health insurance through to income protection and more specific types of cover. In each instance and where appropriate, we’ve been assigned to interview witnesses, undertake surveillance and compile and analyze the information we find as a means to provide our clients with a more comprehensive approach to the claims in question.

Fraudulent insurance claims cost the Australian public in excess of $8 billion every year due to increases in policy premiums that insurers use to subsidize their losses. Having professional private investigators in place gives both the insurers and the general public an effective form of protection in helping them to reduce those immense annual costs.

We have trained, qualified and licensed investigators available across Australia with Precise Investigation offices in Melbourne, Sydney, Perth, Adelaide, Brisbane and Hobart.

We aim to provide businesses, government organizations and individuals across the country with unprecedented access to some of Australia’s top investigative minds, so wherever you are and no matter the complexity of your particular case, we’re sure to be able to help.

Please note: all names, locations and identifying characteristics described in this article have been changed to protect the identities of those involved.