[flexy_breadcrumb]
Home » How to Rip Off Your Insurance Company 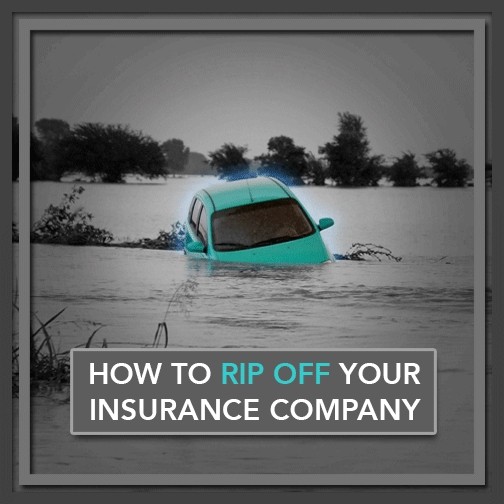 In light of the numerous articles we’ve released recently regarding insurance fraud and scams in Australia, and having come across yet another startling insurance scam this morning, we thought to share a handy “How to” – or not, as the case may be!

The article from the Daily Telegraph shares the news of what is believed to be a major crime syndicate, working across multiple facets of our society, to dupe insurance companies into paying out on hundreds of minor claims.

Following a probe into the insurance fraud syndicate in New South Wales, NSW Police have announced that the clever ploy taps into refugee communities too, leveraging Iraqi, Vietnamese and Afghani refugees into taking part.

It’s actually a really good article in the sense that it clearly explains what effects these kinds of crime have on the community – after all, it isn’t the insurance companies who are paying for false claims; every legal motorist in NSW is.

“It impacts financially not only on the state of NSW but on each and every one of us who registers our motor vehicle and has our green slip,” said Detective Superintendent Arthur Katsogiannis, the commander of the Fraud and Cybercrime Squad, admitting that the scams were “intricate and well organised.”

“We have looked at hundreds of claims and we have probed the accuracy of these claims and we can say the estimate of around $400 million per annum it costs the CTP scheme is fairly accurate.”

$400 million per annum!? According to Finance Minister Victor Dominello, insurance fraud already costs NSW motorists $75 a year, so what’s that number set to be if these types of insurance scams continue to rise – worse yet, if they were to spread to other states in Australia?

To be perfectly honest, if New South Wales has been affected, it’s highly likely that something similar, if not the exact same operation is already happening in Victoria at the very least, let alone Queensland, Western Australia and Adelaide.

How has this con been so effective?

It’s incredibly simple, which actually makes it very clever – in our eyes anyway; by duping refugee families in to pose as victims of varying types of minor accidents, those “victims” then go on to make relatively small claims – claims that are generally too small to warrant the expenses of legal proceedings. Those claims are then paid out… and the fact of the matter is, there are lots of them!

We would like to point out, however, that contrary to the belief that investigations are expensive in these types of claims, it’s clear to see that spending a few thousand on a solid fraud investigation, or even tying in with a respected investigation firm to continuously monitor insurance cases, is far less expensive than the multi-million dollar bill that we, the customers, end up paying.

I’m sure that many insurance customers would rather soak up the expenses of a successful investigation to expose fraud, than the costs incrued by a successful fraudster.

As an insurance customer, there’s not much we can do to reduce these, other than being vigilant and reportive to any fishy business you might see going on – although let’s be honest, you’re not going to be on the look-out for it now, are you?

As an insurer, you can help to minimise your fraudulent payouts and help pass those savings on to your customers in one quick and easy step; simply give Precise Investigation a call on 1300 856 011 and we’ll guide you the rest of the way.

We hope that this piece of news, coupled with the dozens of likened articles that we have personally released, regarding fraud, along the multitude of scam stories online might help to raise awareness of the fact that million upon millions of dollars, every year, are being stolen by insurance fraudsters.

The thing to bear in mind is that it can be stopped. All it takes is a professional insurance fraud investigation and the experts to back it.

In the words of Detective Superintendent Arthur Katsogiannis, “It’s a timely reminder to legal and medical practitioners … [to] ensure they conduct due diligence when dealing with claimants.”