[flexy_breadcrumb]
Home » How to Listen | Life, Love and Careers Australia 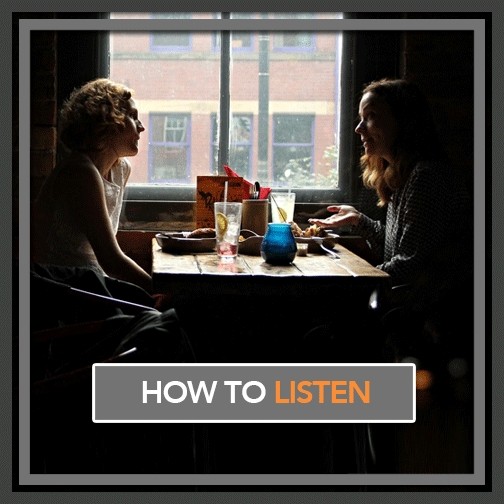 There’s a Big Difference Between Hearing and Listening

Precise Investigation prides itself on being able to identify essential pieces of information, from an array of media, in any day-to-day setting, and we’re able to do so because we know how to listen.

While that might sound a little trivial, you’d be surprised to know just how many people think that they know what listening is and how to do it – sure, you just use your ears, right? Thankfully, it’s not that simple. We use our ears to hear, as we do our eyes to see, our noses to smell, our skin to feel and our mouths to taste, but funnily enough, you’re more likely to be “listening” when you combine your hearing with any one or more of your other senses… thus, technically making “listening” a sixth sense… almost.

So, what is the difference between “hearing” and “listening,” exactly?

When we hear something, in the simplest of terms, sound travels through the air (or water) in waves, causing the molecules in its path to vibrate. Those vibrations then reach the ear, the inner ear and then the eardrum, where nerves pick up on those vibrations, convert them to electric signals and send them over to the brain for interpretation… I.E. what we consider to be “sound.” 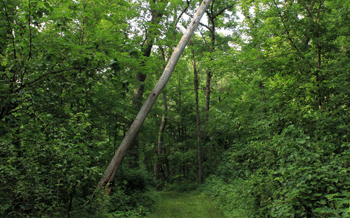 Ever heard the question, “If a tree falls in the forest with nobody there, does it make a sound?” Well, the answer is technically “no,” because while the tree does move air molecules around as it falls, there is nobody there to interpret the vibrations of those air molecules as the sound of a falling tree. Sound is what humans perceive vibrations around our ears to be, nothing more.

“Listening,” on the other hand, can and does involve so much more than just your ears. When you are having a conversation with a person you truly care for, look up to or otherwise idolise, you are very likely to be listening to what that person is saying, rather than just hearing it. This is because your brain is not only taking into account what your ears are picking up, but it’s also telling your eyes to focus in on the person’s face, their emotions and their movements – in different settings, smell can also be a key factor, especially when it comes to learning to cook, for example.

“Listening,” therefore, is what happens when you focus on the stimuli around you and go on to record and remember it for future use. A great way to think of the difference is that “hearing” is the action of taking in sounds from our surroundings through our ears, whereas “listening” can be described as “observational hearing,” meaning that you hear the sound with your ears and then go on to use your other senses and thoughts to compose a new idea of what’s really going on.

Let’s see the difference in action:

Jenny, a new coworker who’s been assigned to a desk near you greets you as you enter the office and begins telling you about what she got up to last night;

“Hey you! You’ll never guess what I did last night!”

A person who hears this would likely respond with a simple, “Hey, what happened?”

A person who’s listening, on the other hand, would have taken into account the tone of Jenny’s voice, the expression on her face, the clothes, shoes and makeup that she’s wearing and, most importantly perhaps, whether she is looking you in the eyes while she’s talking, making the proper response to her greeting, “Oh my word, you look fantastic – did you change your hair?”

Picking up on all of these things while you’re in the conversation gives the person you’re listening to cues that let them know it’s ok to keep talking – they feel that the person they’re talking to is interested in what they have to say. As such, you’ll get far more information from your conversations and Jenny, in this case, is more likely to develop trust in you the more this happens.

Added to that, by being in-tune with what Jenny was saying; by focusing on her words, her attitude and the details of how she’s carrying herself, you’ll also be able to observe and comment. Observation and listening are very closely related, you see – in fact, listening is very much a form of observation, although again, using more than one sense at a time is always going to reveal more than using just one, thereby determining the success or accuracy of your observations.

But why would you want to observe so much? Taking the same example with Jenny, by paying attention to what she says, you’ll be able to form an “appropriate” response that’s sure to keep the conversation alive. This shows that you care about and appreciate what she’s saying…making it easier to have better and more personal conversations in the future. By taking her tone of voice and the expressions on her face into account, you’ll be able to properly judge how she feels about what she’s saying – again, giving you the opportunity to make an appropriate response.

All too often, people hear what others are saying, but don’t listen – a prime example would be someone responding to your question, “Good morning, how are you today?” with something like, “I’m not too bad.” Sure, that’s a fairly common response and the type on answer that would usually signal someone to stop asking more questions because there’s so little to talk about… but if you’d listened to that person, you may have figured out that their answer, “I’m not too bad,” could very well have actually meant, “I’m not good.” That’s why listening and being observant is so important.

By listening to the people around you, with a particular focus, you are far more likely to pick up on things that they say or do that you’d have otherwise missed if you simply heard them talking – lies and deception, love and admiration, care and affection, intention, determination, interest, boredom, confusion and understanding and hundreds more are all traits and emotions that we pick up on when we combine observational hearing with other senses, and force ourselves to interpret that information.

In life, love, business and beyond, your successes are dependent on your abilities to integrate and engage with your surroundings in such a way that you produce a positive outcome for both yourself and the people around you, and the best way to start doing that is simply by listening.