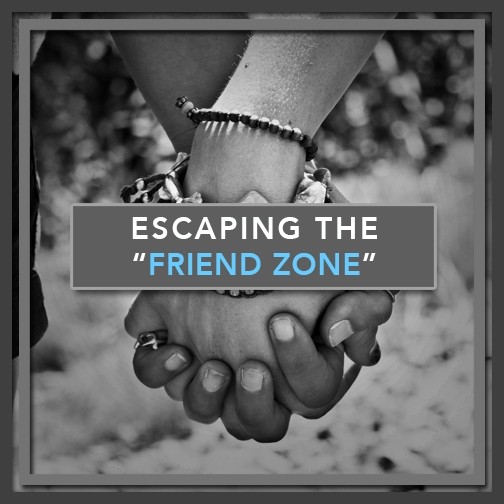 Sometimes, If You Really Want Something, You Just Have to Steal It!

… That should not to be taken as professional or even friendly advice – it’s merely a statement referring to an observation we made during our latest infidelity case.

Most affairs are pretty cut and dry in the sense that one person in the relationship isn’t completely satisfied, temptation rears its ugly head and then BOOM. Problems. While that’s obviously not true across the board, we’ve found that to be the case, at least allegedly, when we’ve come to take on a huge number of these types of jobs.

Sure, every now and again you’ll come across something a bit different, “spicier,” almost… and two weeks ago, we received one of those calls.

Tomas Calaghan has owned and operated his own plumbing business in Adelaide for close to fifteen years and, in keeping his operational costs to a minimum, he managed to put aside a fair chunk of cash too.

In September 2015, Tom met Valerie, a lady of Eastern-European decent who’s family had emigrated to Australia some three decades earlier, and the pair hit things off immediately.

It wasn’t long before Tom had introduced Valerie to his family and friends and, just five months later, on 22nd February 2016, the pair were married in a small church with just their closest in attendance.

Tom met his best friend and best man, Kester Bristow when they were in primary school, being inseparable ever since. Kester is Tom’s right-hand man, not only in business but in life, having experienced a great deal of their biggest and most exciting life experiences together in their youth – and apparently continuing to build on those experiences as they got older too.

Maybe the saying “all good things come to an end,” really is true?

Tom started growing suspicious of Kester’s intentions as he and Valerie began spending more time with each other – what began as Kester basically helping Valerie to get set up in the neighbourhood, after marrying Tom, soon progressed to “having lunch” then “having dinner” or sometimes even “going for a quick drink.”

The oddity occurred to Tom as he realized that Kester started asking to see the couple through Valerie instead of speaking directly to Tom as he had always done in the past.

Following his initial suspicions, Tom remained quiet in the hope that he might be mistaken – even ignoring things that Kester and Valerie did, while in his presence, that made him feel uncomfortable; like slapping and poking each other when Valerie was cooking, for example.

But it got to a point where Tom had to say something.

First to Kester, naturally, asking him about his behaviour and letting his best friend know that he didn’t like what was going on. Kester, however, responded saying that Tom was paranoid; he could “understand where [Tom] was coming from,” and so agreed to turn it down a notch, but maintained the whole “you’re paranoid” argument.

When speaking to Valerie on the same Subject, she shocked Tom with her response; saying that she thought that the way Kester behaving was normal and not something to be concerned about. But it was one sentence in particular that made Tom shrink back: “He’s your best friend; you really think he would do something like that to you?”

So, Tom let it slide for a few months more, reassuring himself that he is being oversensitive; maybe because of mishaps in previous relationships, but that he was too protective and that he needed to change something about it.

He decided to take that opportunity to take both Kester and Valerie out to a night on the local Go-Karts to clear the air.

We arranged to have a sit down, where Tom told us the whole story and more; saying that there had been several developments since his confrontation with the pair.

In the time leading up to the call, Tom had noticed that Valerie and Kester spent significantly longer on their mobile phones while in Tom’s company and apart from each other. When questioned, both became defensive, asking why Tom was still being so curious or paranoid.

He also noticed that when the three spent time together, that the conversation would flow far easier between the two of them than even he could muster with either one, making it difficult at times to even join the discussion.

But, the clincher came through with a heart-dropping emptiness that weekend.

Tom had come home from a long shift at the office on Saturday night, planning to get some rest for another big, working Sunday. Everything was set and running smoothly – he got up at 5:00am, left for work by 6 o’clock and bid his goodbyes to Valerie. Kester, at the time, was assigned to a project on the other side of town, where he and three contractors were responsible for replacing a popular BnB’s kitchen plumbing. Tom spoke to him at around 7am, wishing him luck for the day and having their general morning catch-up.

At 11:28am, Tom received a call from one of Kester’s contractors, asking him how they should proceed with a particular element of their job, to which Tom replied saying that the man should ask Kester… but, according to the man, Kester had only shown up for a few minutes in the morning and hadn’t been back since. He’d also missed several calls from the contractors in that time, which led them to call Tom.

Tom immediately phoned Kester to make his enquiries, but true to the contractor’s words, Kester wasn’t picking up.

A few calls later, and still no answer, Tom decided to swing by Kester’s house, revealing his vehicle to be missing. He then continued on to his own house, where he then found Valerie’s vehicle to also be missing. His next call was to her.

Thankfully, for Tom, Valerie answered the phone, calm and relaxed, with a lot of chatter in the background, telling Tom that she was at the mall buying things for dinner and “checking out the sales.” Tom then asked Valerie if she’d heard from Kester  that day, to which she simply said “no, not yet, why?” Tom explained the situation to her, ending the call feeling uneasy about the situation, but unsure how to proceed.

Tom tells us that no more than 10 minutes after that call, Kester sent him a text message explaining that he’d not been feeling well and would make an appointment with the doctor for Monday. Now, genuinely concerned, Tom felt bad about how he’d judged Kester, and proceeded to manage his weekend work for him.

As Monday rolled in, Kester came into the office in the morning with what appeared to be a healthy glow, a smile and a skip in his step. Delighted to see that he’d recovered, Tom asked what time Kester’s appointment was, to which, for a split second, Kester appeared to have no idea what Tom was talking about.

With a small nudge in the right direction from Tom, as he explained “your doctor’s appointment… today,” Kester’s healthy glow seemed to vanish into thin air.

He admitted that he hadn’t had the opportunity to make the appointment yet, but was feeling well enough to continue regardless.

It was this chain of events that led to Precise Investigation’s involvement. According to Tom, the surprise on Kester’s face at the fact that he had seemingly forgotten to be sick that day, was “enough for [Tom] to realize that [he] was probably right all along,” and that something needed to be done.

Following that call to us on Tuesday, we arranged to have an operative stationed outside Kester’s residence at 5:00am on Thursday, when Tom was expected to work from their Goodwood base from 8:30am and Kester at the same time, before visiting a client in Salisbury North at 10:00am.

We followed Kester that morning as he drove to the Goodwood offices, where he was seen entering the building at 8:36am and leaving approximately 40 minutes later. The pursuit continued.

While Kester did intend to make his 10 o’clock appointment, we observed as he veered right and exiting the A52, heading East instead.

At 9:28am, we managed to capture footage of Kester parking his Mercedes kerbside, a few car-lengths down the street from Tom’s residence, where he then sat using his phone for a minute or two, before alighting and walking to Tom’s front door.

After ringing the bell, Kester was met at the door by a visibly excited Valerie; greeting him with an arms-around-the-neck embrace and what appeared to be a lengthy kiss on the mouth. Bear-foot, wearing a pair of hot pants and a strappy top, she then led Kester into the property by his belt.

We immediately informed Tom of our findings, following up with providing him the full report and DVD the next day.

So in answer to our big question, “How to Get Out of the Friend Zone?” One answer is most definitely to have an affair with your best friend’s partner!