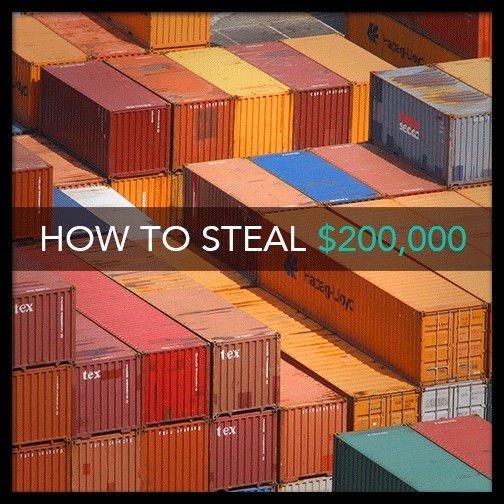 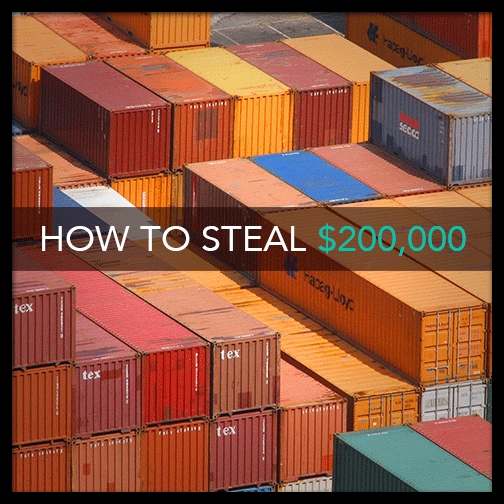 Freight Company Exposes an Inside Leak:

Tasmanian ports are responsible for exporting an average of 12,829,422 tonnes of goods, including timber, metals, fuel, food products, minerals, cement and fertilizers, every year.

With over a million tonnes of freight going out each month, it’s no wonder that some stock can slip through the gaps and make its way into the wrong hands.

JPA Freight Ltd, one of Tasmania’s largest fuel export companies with ships docked in both Davenport and Bell Bay (Launceston) recently received reports from three of their clients, stating that a total of $243,000 worth of fuel supplies were missing when they came to inspect their shipments.

There was no evidence in the paper trail to suggest that incoming supplies were less than expected, nor was there any real proof to show where and when the fuel had been misplaced. Was it before, during or after the shipments departed?

Initially, JPA Freight turned to Tasmania’s leading port authority for CCTV surveillance footage, in the hope that they would be able to determine the whereabouts of the missing fuel. However, none of the cameras at the port were able to provide any useful information.

As such, the freight company had no choice but to hire Precise Investigation to take the case and assist them in revealing the whereabouts of their missing stock.

Over a three-week period following the initial claims from JPA’s clients, Precise Investigation stationed a team of 6 field operatives at both ports, Davenport and Bell Bay, in the hope that they would be able to ascertain the root cause of the problem. Taking into consideration that the CCTV footage from within the docks and the ships in question showed nobody tampering with the containers during their voyage, we would first focus on the cargo’s journey to the ports, before turning our attention to the delivery site if we weren’t able to find anything.

Our team, stationed in Davenport, were the first to uncover evidence regarding the truth about the missing freight; only 250km away from the pickup location, we were able to capture infra-red video, high definition surveillance footage and photographic evidence of a serious case of gross misconduct taking place.

By following two dock workers, who seemed to have left work earlier than usual on three occasions, our operatives discovered that four men; one of the contracted truck drivers and a passenger, later determined to be the associated JPA account manager for one of the fuel clients in question; and the same two labourers, were stealing from their employer.

These men, along with six others in the Bell Bay division were found to be in possession of over 2,000 tonnes of raw coal, with an estimated value of $170,000 dollars, stored in a remote warehouse, 36km from Hobart’s city centre.

The admissible evidence that we obtained was passed over to JPA Freight for examination, following which the ten individuals involved were expected to pay a settlement fee before being terminated. As such, JPA Freight were able to recover their losses and continue to trade successfully and unimpeded.

While the reasons behind the theft are still to be explored, Precise Investigation’s three decades’ experience has led us to believe that these men were contracted by an international third party as a means to both profit from stolen goods and cause damage to their competitors. Corporate espionage is an act that costs Australian businesses millions every year – if you suspect a case of corporate espionage within your firm, take immediate preventative action and employ at least one form of effective counter-espionage.

If you’re interested in exploring certain anomalies in your company’s accounts, or you feel that your business could benefit from the risk reduction and preventative services offered by an experienced, corporate investigation firm, speak to us today.

We have a multitude of dedicated field operatives, stationed across Hobart, Melbourne, Sydney, Adelaide, Perth, Brisbane and even the more remote areas of Australia, all backed by our highly-effective support team. As such, if you’re ever in need, rest assured that we’ll be able to assist.

Please note: The names of all people, organisations and associated third parties described in this article, have been changed to protect their respective identities and fulfil our client privilege.