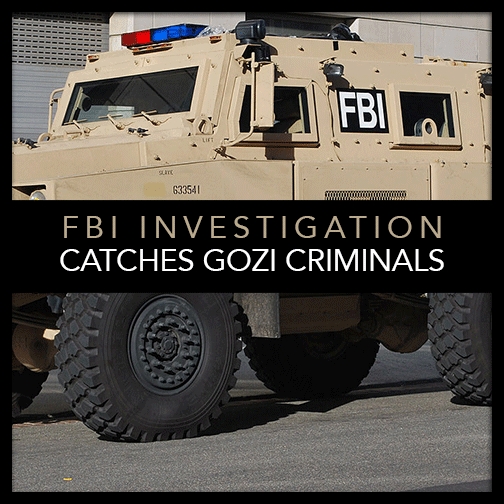 I have always admired the skills that the FBI implement in their surveillance and investigation work. As a child I used to love coming home to great detective shows, watching the FBI take down major criminals through their intense investigation work. Well, this week they did it again, but in real life. Three people were arrested in New York for their involvement in a complex global operation that spread a virus called, “Gozi” to thousands of computers worldwide, stealing citizens’ bank and personal information.

Nikita Kuzmin, Deniss Calovskis and Mihai Paunescu are three Eastern Europeans who were seized by the FBI following a two-and-a-half-year investigation. The three were charged with counts of access device fraud, computer intrusion and bank and wire fraud that even effected NASA machines and personnel. They are now facing a maximum sentence of 95, 67 and 60 years in prison, respectively.

The FBI recovered 51 servers in Romania, as well as the retrieval of laptops, desktop machines and external hard drives amounting to over 250 terabytes of information (more than 250 million megabytes), during the investigation.

According to the Feds, Gozi “resulted in the theft or loss of tens of millions of dollars,” and “infected at least 1 million computers worldwide.”

We love hearing about investigations like these and, although the work we carry out here, at Precise Investigation, doesn’t usually amount to anything as complex as this, John Ioannou, our Managing Director, is constantly at the forefront of both corporate and domestic investigations within Australia; investigations that involve discretion, integrity and skill. Investigations that uncover hidden truths, reaffirm beliefs and change people’s lives.

If you think you or your company could benefit from the services of a Professional Private Investigator, then you’d best contact Precise Investigation today. Whether you’re in Sydney, Melbourne, Brisbane, Perth, Adelaide, Hobart or any other Australian city, we have PIs on standby, ready to help.