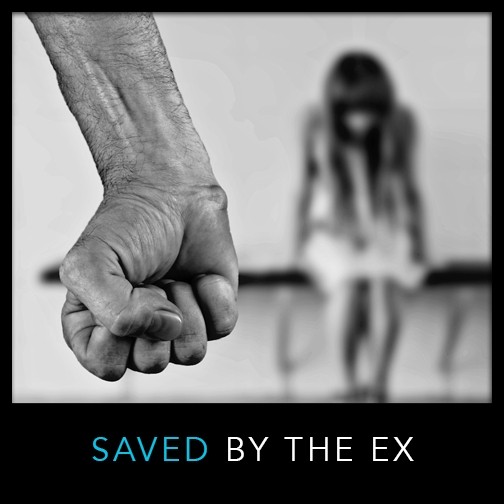 Larisa Boumont was involved with a man, Bernard Lewis, for five years before she realised that he was becoming increasingly violent towards her. She originally speculated that it was all due to alcohol abuse, but as the time went by, she started to realise that there were no real indicators as to what would set him off or why.

In an attempt to save face and keep herself out of the public eye, she decided to leave Bernard after he punched her in the stomach, following a small argument about how he was interacting with another woman at his office. The two had since never spoken, nor been involved in any way. 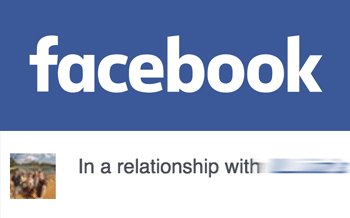 However, Larisa frequents Facebook several times a day and she noticed only a few months earlier that he had started a new relationship with a younger, smaller woman – a woman that she feared would soon be suffering the same anger that she had.

Larisa didn’t want to stick her nose where she shouldn’t, so at first she tried to ignore the relationship and hope that Bernard would have changed after what had happened between the two of them just a couple of years earlier.

With that, however, Larisa reached out to the lady, Haley Houston, via Facebook – she wrote a long letter explaining her previous relationship with Bernard and told Haley that if ever she needed help or wanted someone to talk to, that she was there. The response wasn’t what she’d expected:

Thanks for trying to cause sh*t between me and Bernie. We’ve been together now for a while and he’s never done anything to make me feel unsafe. Maybe you were the problem, not him.

Try not being so pushy or nosey in life, and see if that works for you.

While being highly offended by Haley’s comments, Larisa didn’t know how to proceed. She knew that this woman was in danger, but didn’t know how to get the point across without causing a bigger deal than she already had. So, she decided to put the issue to one side until she could come up with a plan.

From there, just a few weeks after Larisa sent Haley the message, Haley wrote to her:

“You f*cking sl*t! Because of you now my life is a mess! Why did you f*cking talk to me in the first place!? My life is none of your business and now you’ve f*cked everything up!”

Confused and slightly ashamed, Larisa wrote back immediately asking what had happened and why Haley had written so aggressively to her, yet there was no response.

The silence is what drove Larisa to get in touch with us – she called Precise Investigation after making a deal with a colleague of hers to split the bill, hire a PI and catch Bernard red-handed.

We arranged to meet Larisa over lunch on a Thursday afternoon where we gathered our intel and took on a lengthy brief, based on Larisa’s previous knowledge of Bernard; his place of work; what time he worked and how often; when he left home and where he’d usually go on weekends; who he generally met with and when; the details of his car and of course; his address.

Larisa and her co-sponsor decided that the weekend would be sufficient time for us to gather the evidence they, and now Haley, would need to press charges against Bernard – whether it was video footage, photographic evidence or a series of audio recordings; whatever we could get to support their cause.

Added to this, we had our dedicated support team run a background check on both Bernard and his new partner, Ms Houston, revealing no criminal convictions for Bernard, and affording us the information we needed to determine when both of them would be home. Haley, it turned out, is a hairdresser working in a women’s salon just a few blocks away from where Bernard works in Melbourne’s CBD.

We agreed to begin a basic surveillance operation, with an experienced operative posted outside Bernard’s place of work, where we then observed and documented his journey from there, to Haley’s salon where he picked her up in his black Holden ute, before heading home.

It was difficult to see, from a few car lengths behind them, but it appeared as though both Bernard and Haley drove all the way home in silence, at least barely looking at each other for the entire journey. Our operative managed to locate a vantage point with a huge field of view, the perfect place to plant a camera and set up for the first 24-hour surveillance stint.

We wouldn’t need that long though; as soon as the couple entered the house, Bernard immediately went upstairs to what appeared to be his home office, where he began typing and searching the web. Haley, on the other hand, stayed downstairs to prepare dinner. She turned on the television, poured herself a glass of wine and went about making the meal for two. Approximately 40 minutes later, Bernard came down. The two exchanged conversation, neither exhibiting any real emotion other than general content and comfort. Haley proceeded to remove the dish from the oven and prepared two plates of piping hot pasta bake, all while Bernard laid the table and opened a beer. He sat at the kitchen bar, chatting openly with her while she topped each plate with a small side salad.

The two ate to the sound of music after Bernard switched the television off, selecting a specific track on the nearby iPod before returning to the table and starting with the dinner.

As soon as they’d finished up, Bernard began clearing the plates while Haley continued to drink slowly at her wine… and there it was. Bernard stooped over Haley’s back – he placed a hand on her shoulder and reached forward with the other to pick her plate up. With the plate held loosely between his fingers, he simply dropped all the contents on to Haley’s lap, evidently squeezing her shoulder to the point where she winced at the pain. We couldn’t make out what he was saying to her, as he’d bent over to whisper in her ear, but from where he stood, he looked over his shoulder and flung the plate, like a Frisbee, into the sink where it shattered into a thousand pieces. He then patted Haley on the back, kissed her on the crown of her head and then stepped away with a smirk, before venturing back upstairs and into his office.

Haley, still sitting there, began slowly peeling the food remnants from her skirt and blouse, and laying them piece by piece on the table. She then put her face in her hands and began crying. Softly at first, but growing increasingly more vocal and wiping tears from her eyes and cheeks.

At the sound, Bernard came downstairs once more and, from the stairwell, shouted “What the f*ck are your crying for now? If you want to act like a retard, then f*cking be a retard. You come into my house, you eat my food, you use my car, you talk to my friends and then you cause this sh*t! Why? You can take your crying and shove it right up your ar*e for all I care. Keep it to yourself and move the f*ck on, or go and get the f*ck out!”

He then disappeared back into his office, this time slamming the door behind him.

Bernard ended up spending that night on the pull-out sofa that he’d set up in the same room, while Haley went up to the main bedroom and slept there with no further drama.

In the morning, Haley prepared breakfast for herself and Bernard and the two drove to work without saying a word to each other.

We compiled the information we recorded and sent a copy of both the surveillance footage and the fifty-six photographs we took to Larisa for review. Disgusted by what she saw, Larisa reached out to Haley again, this time offering for the two of them to meet up to discuss their options – Larisa wanted to press charges, but would need permission from Haley to do so, considering that the evidence accrued so far would be negligible as neither Haley nor Bernard were aware of the investigation taking place.

The latest we heard from Larisa is that she had met with Haley on two occasions, but the decision to press charges is still yet to be made.

We can only hope that they make the right choice.

Please note that all names, addresses, locations and identifying characteristics of those described in this article have been changed to protect the identities of those involved.