Sagan Cowne
02:18 02 Sep 15
Used Precise Investigation to track down a former colleague of mine - John was able to help and managed to locate the guy in just four days. Great work guys and thanks again for your help!
See all reviewsWrite a review
powered by Facebook
[flexy_breadcrumb]
Home » Ever Heard The Term, “Don’t Screw The Crew?” | Infidelity and Affairs in Australia 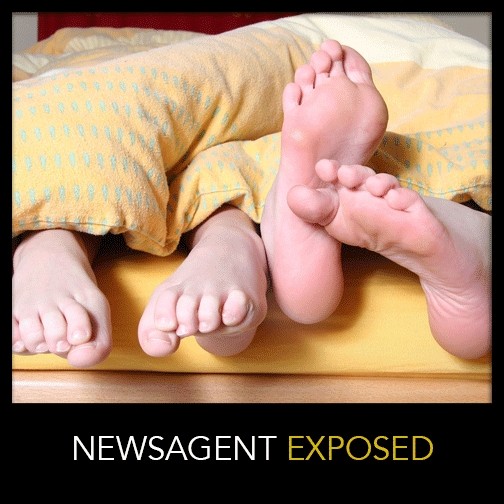 Chester Manger, originally a teacher from New South Wales, had made some money earlier in life after a successful night at the casino. With the money, he invested in setting up a small convenience store in Castle Hill, selling everyday items, coffee, newspapers, magazines and a selection of cold drinks.

The store became a local hotspot for morning commuters and soon saw Chester investing in a number of locations throughout Sydney’s outer suburbs to grow his Newsagents brand.

In July 2013, Chester met Sally Andrews, an estate agent from Melbourne who’d subsequently moved to Sydney, while holidaying in Bali, Indonesia. The two hit it off immediately and went on to marry just six months later.

Ms Andrews had spent a great deal of time with Chester as he worked to grow his business, so much so that he asked her to manage a few aspects of the company’s internal policies while they expanded.

Chester had always worked from home since he’d opened the company’s second branch, only going in to each specific location to pick up reports and liaise with the local management with regards to performance etc. As such, he would often be home more regularly than Sally and usually be there when she finished work.

It wasn’t until Sally’s birthday on 20th October, that she noticed something strange was happening with her husband. They had always lived a relatively “normal” life, going out when they felt like it, but staying in and watching movies when they had the time, not being overly extravagant in the way they lived or in the things they bought… and it was with that in mind that Sally’s initial suspicions were raised.

About a week before Sally’s birthday, she was out with a friend for coffee over lunch when she spotted Chester making a purchase from a jewellery store. Excited at the idea that he might be buying the item for her, Sally kept quiet. When the big day finally arrived, Sally managed to hide her disappointment after receiving tickets to a play and a fancy dinner, realising that Chester hadn’t bought the jewellery for her. Instead of confronting him about what she’d seen the week before, Sally discussed everything with her best friend and colleague, Kirsty.

Kirsty, as it so happened, was a family friend to one of Precise Investigation’s existing clients, and so suggested that Sally look into hiring us and thankfully, after thinking about it for a few days, Sally eventually gave in and decided to pick up the phone.

After a quick call, we arranged for one of our specialist field operatives to meet with Sally at a place and time of her choosing. There, Sally would then share some of Chester’s habits, frequented places, routines and few key documents to provide our agent with the essential information needed to carry out some effective surveillance.

Over the course of a week, while Sally was working away at her office in the city’s CBD, our field operative paid close attention to Mr Manger’s movements, following him from his home, after Sally left for work, to various locations across northern Sydney – all this, while bearing in mind that Sally was under the impression he stayed at home everyday.

While what Chester was doing may have been unusual, nothing he’d done so far was very suggestive of any wrongdoing… that is, until he decided to pick one of his staff members up from the train station on Thursday morning.

The two proceeded to drive, in his car, to what we presume to be her home, just a few minutes’ drive from Chester’s Eastwood store. There, he and the 24-26-year-old female entered the building, where they remained invisible for approximately one and a half hours. Mr Manger then drove the young woman, now dressed in her work uniform, to a back street close to the store before returning home.

On this particular Thursday, Sally had been invited to attend an Awards evening that her company held every year, and briefed us that Chester would therefore be at home, alone, for three-to-four hours. Sally got into her car at 7:23pm that evening and it was only 8 minutes later, at 7:31pm, that Chester picked the phone up. After the call, we managed to photograph Chester as he showered, dressed and hastily made his way in the direction of the young woman’s home, arriving promptly at 8:28pm.

Mr Manger stayed with the lady until about ten o’clock, after which he quickly left the building, got into his car, and drove home. He walked lazily up the stairs, to the main bedroom to begin undressing when he paused to read over the messages on his phone. In a sudden burst of energy; he began ripping off his clothes and stuffing them under the bed; he turned the shower on before running downstairs to turn the television over to another channel; took a lightning-fast shower and; hurried downstairs, all of which our field operative was able to catch on film and photograph.

Sally arrived at the house just 12 minutes later – she had decided not to stay for the after party and so, returned home a little earlier than Chester had expected. Chester, at this point, looked very calm and collected and seemed to speak with at length before she went upstairs to get ready for bed, herself.

The next morning, Sally came into our office and explained everything that Chester had told her he’d been up to that night; “Watching Game of Thrones and enjoying a bit of Chinese.”

After showing her what we’d seen Chester doing, Sally immediately terminated the investigation and went on to confront her husband with the photographic evidence we’d supplied.

Precise Investigation is regularly employed by businesses and individuals alike to expose lies and deception of any scale – from cheating spouses to fraudulent business partners. Our three decade’s experience across all corporate sectors and personal needs gives us the means to approach any case with the knowledge, expertise and discretion you need to achieve your goals.

Please click here to explore our tailor-made infidelity-related investigation services, and find out what’s involved and how simple it can be to get the evidence you’re after.

Precise Investigation has specialist field operatives, backed by our dedicated support team, based across the whole of Australia. Sydney, Melbourne, Perth, Adelaide, Hobart, Brisbane and even the more remote areas of the country are all within arms’ reach, so get in touch with us today.

Please note: all names, locations and personal details of the individuals, companies and third parties described in this article have been changed to protect the identities of those concerned.