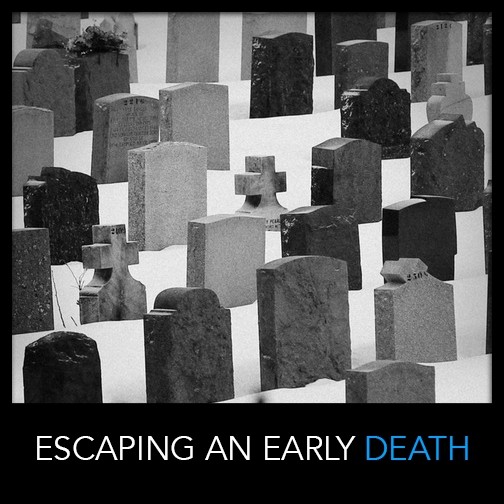 Dana Valehart, an 83-year-old retired accountant, mother of three and grandmother of five had managed to set her entire family up for life as she, in her earlier years, worked for one of Australia’s top fifty companies listed on the ASX as their Chief Financial Officer. As such, Dana put a great deal of her savings aside to give her children a solid education, as well as ensuring that they had everything they could ever need as they began their careers.

Knowing too that her time would eventually come to an end, Dana put aside a nearly five million dollars as part of her will; money that was to be shared equally between her three children when she passed.

Caleb, her youngest son and father of two, was a stellar pupil and a top-notch athlete in his youth, but as he aged, he stepped away from academia and sports and directed his attention to music. He, along with his four best friends, set-up numerous bands, abused drugs and often found themselves in the hands of the law – a very different scenario to what Dana had envisioned.

Now, aged 49, Caleb and his family were struggling for money; his wife, Sharron met him at a gig in their twenties and so too joined him on his adventures in sex, drugs and rock ‘n’ roll, giving little thought to saving for the future. Dana had always taken a strong stance against spoiling her children, in such that she would never needlessly give them money or buy them gifts that they didn’t necessarily deserve. Given Caleb’s position, and the reasons behind how he go there, Dana was openly disappointed in him, often turning him away as he came begging for financial support.

With that, over the last three years, Mrs Valehart was becoming increasingly ill, suffering from the later stages of Pancreatic cancer. As such, she was home-bound, often having to lay in bed as she underwent her treatments, most commonly in the form of a drip. John and Sarah, her two oldest children, would visit her frequently, preparing lunch or dinner for her, bringing flowers as they stopped by and occasionally staying over to watch her favourite TV shows with her in the evenings. Whereas Caleb, on the other hand, only ever stopped by when he or his wife needed money.

Just over a month ago, Dana’s condition grew worse, resulting in her needing to employ a full-time, live-in nurse, along with coupling her treatments with small doses of morphine for pain relief. She often revelled in the hypnotic state she’d fall into under the drug, being very aware of its somewhat “amusing” effects on her mind and body. Now, as and when her children came to visit, they would often assist the nurse in measuring out Dana’s dosages, setting up the drips, feeding her and helping her to go to the bathroom… even Caleb and his wife offered their support.

However, with Dana’s appreciation for the morphine, she grew accustomed to its effects… but began noticing a horrifying trend, which in turn, led to her having her eldest son, John, call Precise Investigation.

A mortifying hunch at first, Dana briefed our field agent on what she’d noticed; each time Caleb came to visit, the effects of her morphine doses were becoming increasingly more apparent, with her experiencing stronger and longer-lasting “rushes” than she had had previously. After making enquiries with the live-in nurse, John was able to confirm that Dana’s morphine dose was prescribed as 15mg every four hours, a figure that has remained the same since she began the treatment.

In patients that exceed prescribed dosages of morphine, particularly while undergoing other cancer therapies, the effects are essentially a quicker death as the body becomes less responsive to treatment.

Precise Investigation went about setting up a discrete surveillance operation, involving the expertise of two specialist investigators, a series of hidden cameras in Dana’s home as well as fitting the inside of Caleb’s car with an audio bug during his next visit.

Over the course of just two days, Caleb was photographed and recorded on video, assisting the nurse with Dana’s morphine treatments. Shockingly, he was found to be stealing the medicine; slipping sachets of the subcutaneous solution into his trouser pocket as he prepared Dana’s drip. Worse yet, he was recorded adding an additional sachet to the drip, bringing Dana’s total dose to a dangerous 30mg.

As if that weren’t enough evidence, Caleb was kind enough to share his every thought about his mother, with his wife on their way to and from her home, all of which Precise Investigation managed to capture. Amidst the streams of insults and bad-mouthing, Caleb was heard openly discussing how much extra morphine to add to Dana’s medication, arguing with his wife, “But three will kill her too quickly, and I’m pretty f*cking sure they’ll do an autopsy and find what the f*ck we’re doing.” He eventually concluded, “I’ll give her an extra one and see what happens… and tomorrow just give her one extra dose, okay? Don’t give too much – you know how strong that sh*t is.”

Precise Investigation compiled the evidence and presented the findings to Dana, John and Sarah. Needless to say, the family found themselves in a dire situation that called for Police assistance.

No more than twenty-four hours later, Sarah filed for Caleb and his wife to be put under a restraining order, thereby preventing them from coming into contact with Dana again. Additionally, Dana and John organised for her attorneys to amend her will, removing any mention of Caleb and the rest of his family.

Attempted murder, in nearly every instance, should call for Police involvement, but Precise Investigation understands the importance in maintaining family bonds and the love parents have for their children, wishing them the best regardless of their actions. In Dana’s case, she was slowly being murdered by her youngest son, but she chose to ignore what he’d done, in light of his financial predicaments, and simply remove him from her life. Other mothers might not be so kind.

Precise Investigation has been helping Australian individuals, businesses and government organisations across the country for close to three decades, assisting them to overcome some of their most pressing issues. Infidelity; fraud; deception; child custody battles; malingering employees; false claims; fake injuries; background checks and a long list of associated concerns are all covered by our team of highly-experienced, professional private investigators.

We have operatives stationed in every major city across Australia, with quick and easy access to the likes of Sydney, Melbourne, Adelaide, Perth, Hobart and Brisbane. No matter where you live or work, or the nature of your particular case, Precise Investigation is sure to be able to provide you with the expertise and discretion you need. Get in touch with us today and see what we can do for you.

Please note: All names, identifying characteristics and locations have been modified or changed to protect the identities of those involved.