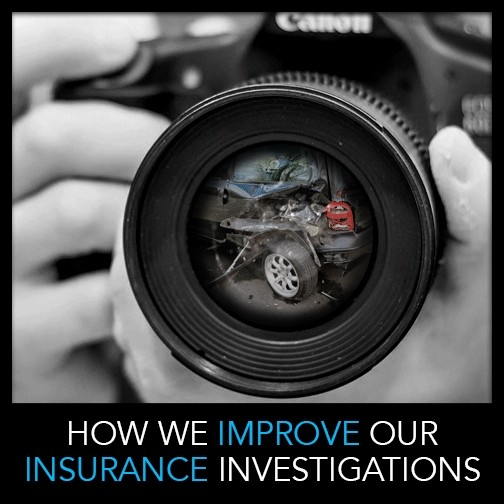 Precise Investigation works across both the commercial and domestic markets, as some of you may be aware but, what some of you might not know is that the company was originally founded to provide investigations to personal (private) clients alone.

Over our first decade in the field, our investigators were able to deliver some of the most thorough, timely and ultimately accurate reports that many of our clients had every seen, let alone expected. Word of mouth soon took a hold, and within the space of five years, we were delivering the same high quality services to over one hundred organisations across Australia.

With that, we feel it necessary to share a basic but widely overlooked insight into the way we approach our commercial cases and, through that approach, how Precise Investigation differs from other Australian private investigation firms: 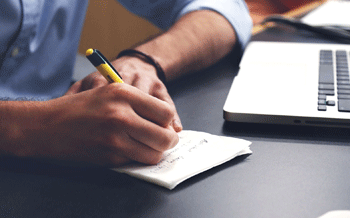 Most commercial clients, particularly those in the insurance or finance sector, require their cases to be undertaken within limited timeframes and tight budgets, all whilst requiring a great deal of information that is notoriously difficult to source – or at least, it should be. What those clients don’t take into consideration is the fact today’s investigation environment is immensely more complex than it was ten years ago, with suspects being able to make use of seemingly limitless online resources to hide, learn evasive tips and tricks and even tap into additional outside help. All of this is made possible by the wonder that is the internet and, moreover, social media.

Domestic investigations, whilst seemingly less complex than commercial investigations, actually play a crucial role in helping Precise Investigation to deliver high success rates to our corporate clients. Why? In a nutshell, the suspects involved in commercial investigations usually have a good understanding of what they’ve got themselves into, who they’re dealing with and what to expect when they’re caught. As such, most of them tend to follow a traditional fight or flight response that we can gauge with relative ease. The suspects in domestic cases, on the other hand, behave in a way that isn’t so easy to define or categorise, as they’ve usually acted out through personal vendettas, envy, jealousy, anger, greed or any number of emotions.

This, in turn, leads our investigators to undertake a wide range of explorative techniques to uncover the reasons behind the suspects’ actions, the steps they’ve taken to avoid trouble and ultimately to locate, monitor and/or approach them on our clients’ behalves. As such, Precise Investigation and our private investigators are constantly building on experiences that play a major role in how we approach our commercial investigations.

Let’s take a case study as an example: Late in 2015, we were tasked with investigating a domestic case where the client, a 32-year-old woman and mother of one, had recently had a divorce from her husband. The couple had been married for nearly five years, when suddenly the husband got “cold feet” and left them. At first, he had simply vanished, without telling her why he’d left or if he was ever coming back, leaving a note that just said “I’ve had enough. Goodbye.”

She was eventually able to convince him to sign off on a divorce so that she could move on with her life. Included in that arrangement were child support payments that the husband would need to pay until their daughter turned 18.

After paying the first three, he suddenly went quiet and wasn’t reachable at all. All of his social media channels had gone stagnant, with no new information being uploaded; he had disconnected his mobile phone and no longer read any emails. Further to this, he had moved to a new address that he’d never disclosed to anybody either.

Our task was to find him and serve him with a court summons, after she decided to press charges against him for breaching their divorce settlement.

Without giving too much information away as to how we go about delivering our services; our dedicated support team set to work on locating him – something that many of our insurance clients require us to do when their suspects bail out on a false claim.

Our first port of call was Facebook, as so many people tend to accidentally disclose information that we can use to our and our clients’ advantage. We set to work and, while his account had been inactive for some time, he had a list of six hundred-odd friends and acquaintances, two of whom were confirmed as being his “best friends” by his ex-wife. Through those profiles, we skimmed their list of friends too and found that one of them had befriended a man who looked very similar to our suspect, with a different name. Upon looking at the information on that account, as limited as it was, we were able to determine that this was a “secret” account that our suspect had set up some time ago, most probably to maintain contact with his closest friends on the Facebook messenger app from his phone.

The Facebook account itself was very simple, with only one profile photo and a handful of friends, but our suspect had enlisted himself in a number or automotive and motorsports-related Facebook groups.

Our support team went about scouring each of those groups to find any contributions from the suspect, finding many that were inevitably useless but eventually landing on one that discussed the contents of a forum from an external motorsports website.

From there, our team set-up their own accounts and joined the forum before going on to comb through each and every thread posted over the six months leading up to the investigation. Most notably, we cross-referenced the dates of his post on Facebook to those on the forum and found twelve usernames and profiles that could have been related to our suspect – each profile had no profile image and their contributions to the forum were limited.

Using those usernames, our staff then engaged another search to determine whether those same usernames, or at least ones that were very similar, appeared on any other forums, finding one that related to upcoming track day events at a motorsports circuit in New South Wales.

The post in question was regarding the engine noise allowance for the day, going on to explain that the user had just purchased a special and rare, race-prepared car that he wanted to test on the day. Our investigators followed up with a search for all related vehicles being bought or sold online and found a listing on a popular online race car dealership. We got in touch with the seller to enquire as to who bought the car.

We had confirmation – the car had been bought by our client’s ex-husband and was due for a track day test just a few weeks later.

From there, our investigators posed as spectators, visiting the track to view the races. As soon as the car was spotted being towed into the paddock, we were able to serve the man his documents and report to back to our client with the good news.

With that, we hope to clarify just how important being thorough in any investigation is to our clients, whether they are domestic or commercial. This case is one of a long line of examples in which we were required to think laterally, going above and beyond any standardised background checks, database enquiries and generalised searches.

The same methods are employed whenever we engage in commercial investigations and it is with great pride that Precise Investigation is able to continuously build on our experiences to better serve our commercial and domestic clients.

For more information on how Precise Investigation and our professional investigators can be of assistance to you or your organization, please get in touch with us:

We have offices in Melbourne, Sydney, Perth, Adelaide, Brisbane and Hobart, and our operatives are regularly called upon to run investigations further afield. It is our aim to provide clients across Australia, regardless of their industry or personal circumstances, with the most effective means of employing professional investigation services possible.

Contact us today to initiate your own investigation, or to discuss the potential for a long-term contract that we can tailor to your organization’s particular requirements.

We have provided over four hundred corporate clients across Australia with efficient, cost-effective and ultimately successful investigation services over the last five years and we can do the same for you.