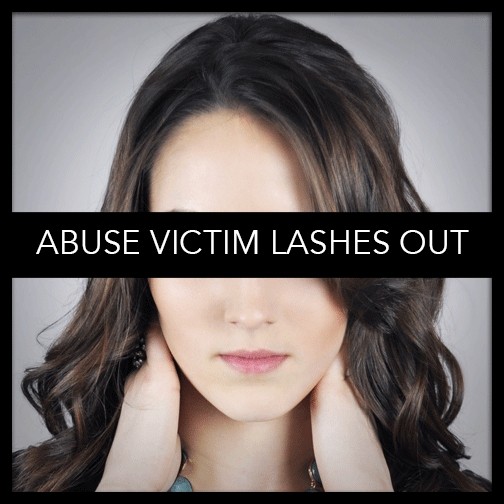 Domestic Abuse Resolved by the Victim:

Jennifer Lawson, an accountant at a small real-estate company in Brisbane, came to us one afternoon a few weeks ago to discuss an issue she was having at home. She’d been married to her husband, David, for two years and over the last few months he had become somewhat of an alcoholic after losing his job at the quarry. While he worked, the two saw each other rarely, but considering the fact that they’d known each other since primary school, they figured that they’d be able to make the distance and time apart work. They were right and everything was going swimmingly, until David lost his job, that is.

From his first days back in their home, David insisted that he would continue to look for a similar line of work in a different quarry or perhaps abroad if need be, however, as the promises continued to flow, so did the alcohol. Everyday that Jennifer came home, she would find him half asleep on the sofa with between 15 and 20 empty cans of beer strewn about the floor around him. At first, Jennifer said nothing, but tried to help her husband wherever she could; cooking him food, running him baths, giving him massages and even looking online for new jobs that he could take up.

However, one afternoon she arrived home to find him completely passed out in a pool of his own urine. She tried to clean where she could, only to have him wake up as she worked and, as he realised what had happened, he became enraged through his own embarrassment. David grabbed her arms and threw her across the living room into the opposite sofa, screaming at her for “pouring water” over him while he slept. When she tried to explain what had actually happened, he grew even more furious, calling her a liar before pulling her hair and dragging her out into the corridor where he then slammed the door in her face.

Jennifer had no one to discuss this issue with as her parents had both passed away and David’s family had never been very close to them. Her friends and colleagues weren’t capable of helping her and she was afraid of what they might think if she ever told them. So, she kept her mouth shut and continued about her business as though nothing was wrong. Unfortunately, however, that was all just the beginning of a series of brutal attacks to come.

After a week of the harassment, Jennifer threated David with a divorce and it was his reply that shocked her into utter silence; “if you think the law is going to stop me from seeing you, you’ve got another thing coming,”…”no restraining orders, no yellow tape, no nothing is going to stop me.” Furthermore, he also insisted that if she uttered a word to anyone of their problems, he’d find her and break her jaw to make sure she never spoke again.

Her pain went on for nearly two months while she researched her options online before stumbling across a forum that discussed some of the more effective ways to overcome these types of domestic disputes… hire a private investigator.

The following week, after giving it some serious consideration, Jennifer got in touch with us and arranged a discrete meeting during her lunch break. We discussed her options and the potential outcomes of the investigation to follow. She asked us that we don’t disclose any of our findings with the police, but simply give her the footage and photographs for her to use as she saw fit. We agreed and went on to make the arrangements; Jennifer gave us permission to go into her home when David was away at the pub or buying his drinks, so that we could set up a few hidden cameras in the living room, their bedroom and the corridor. Furthermore, we sent one of our operatives to follow him and record his movements while Jennifer was at work to gather evidence of his drinking habits.

All-in-all, after just four days, our hidden cameras and operative at the scene had managed to capture footage of David buying scrupulous amounts of booze, coming home to drink himself into a stupor before abusing his wife – with scenes of him grabbing her throat as she tried to take the drinks away from him; holding a pair of scissors to her nose and calling her a liar when she recalled him urinating all over himself; and another of him punching her in the stomach when she reintroduced the idea of them getting a divorce.

After gathering up the cameras, we had our dedicated support team put all of the footage onto three DVDs as per Jennifer’s requests. From there, she went home to face David. Her plan was simple: show David the footage and tell him that she wouldn’t show it to the Police, but instead she’d already prepared it to go live on Facebook and YouTube at the touch of a button – if he refused the divorce, she’d post the footage and photographs, along with the blurb she’d written about his actions, for the world to see. As it happens, of course the Police would become involved if she did, which was another safety net for her.

Only a few days ago, we heard news from Jennifer that he’d signed the divorce papers and she was now living alone in a newly-leased apartment on the opposite side of town.

Precise Investigation has helped hundreds of clients, across Australia, to overcome the issues they face at home, at work or on the move. With expertise stemming into each market sector and domestic concern, we boast some of the highest success rates of any Private Investigation firm in the country. Whether you’re looking for evidence to prove something to yourself, your friends and family or a court of law; or you’re hoping to uncover the truth about a given situation, Precise Investigation is here to help.

Precise Investigation has operatives stationed across the whole of Australia with quick and easy access to Brisbane, Melbourne, Sydney, Perth, Adelaide, Hobart and even the more remote areas of the country. If you’re ever in need of a professional, discrete and highly efficient investigation service, please feel free to give us a call and one of our operatives will be sure to provide the assistance you need.