Earlier this month, Precise Investigation was hired by GHA Insurance, a commercial insurance provider, to investigate a claim. 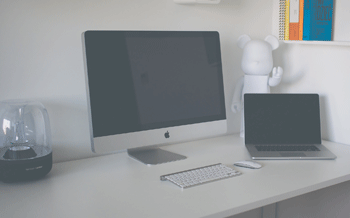 Chester and West, an up and coming digital marketing agency, filed a claim amounting to more than $45,000 after the sprinkler system in their office drenched all of their equipment. In total, 25 Macintosh desktop machines and wireless auxiliaries; 2 commercial printers; 3 Macintosh laptops; 2 Windows laptops; five mobile phones; 25 internal landline phones; 4 projectors and; 25 personal printers were damaged beyond repair, along lighting other miscellaneous electronics and; the entire office’s carpeting and paintwork needing to be redone.

Chester and West had never claimed on their insurance over the course of their three-year policy thus far, but the circumstances of this claim is what led GHA to run an investigation.

The claim was filed at 5:14pm on a Friday afternoon, which is what raised the first “red flag” on GHA’s system – it is strange after all that such a crippling disaster would take place after business hours on the last day of the working week. While the local fire department was made aware of the office’s alarm being triggered, when they arrived at the scene there was no evidence of a fire being present anywhere in the building. When initially questioned, the company’s director, Kenneth West stated that the sprinklers had turned on by themselves while the he and the last five people were still in the office.

“At first,” West recalled, “we thought there was a fire somewhere in the office, so we ran around to find it, but after a few minutes everything was so wet that we just left.” He continued, “The firemen showed up about ten minutes after the alarm went off, and gave us the all clear.”

As is standard practice during any insurance investigation, our allocated operative was responsible for anaylsing the environment in relation to the details of the claim, as well as taking statements from witnesses to cross-reference with the information that was provided to the insurer initially.

While interviews were set for the following Monday to determine the legitimacy of the case, GHA paid Chester and West an initial 25% of their claim due to the fact that the business had been completely debilitated, incapable of performing any services until at least a few machines were replaced. The remaining 75% would be paid out following the findings of our investigator.

One should note that the office had recently undergone a mandatory fire and safety inspection, which it passed. 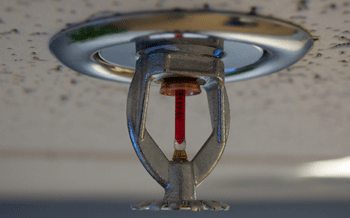 During the site analysis, the operative at the scene discretely inspected each of the three sprinkler nozzles in the office, noting that the carpet beneath two of them had four distinct impressions, similar to that of what a large chair or step ladder would leave if used for long periods of time… or if the carpet was wet. These impressions were photographed and added to the final report.

When it came to run the interviews, all five of the people who were in the office at the time were questioned, along with five other members of staff who were not present at the time, with statements being taken for each. Among the usual questions, the investigator probed a little further into the company’s history; future prospects, from both the staff and the director’s points of view; workloads and whether anyone in the office was responsible for any sort of maintenance, specifically asking whether the office had access to a small ladder.

Once the statements were finalized, they were passed over to Precise Investigation’s dedicated support team, who worked quickly to cross-reference the information. Unfortunately for Chester and West, there were a number of discrepancies:

1 – When asking the staff about job security, three of the five people who were at the scene of the incident reported that they felt secure in their positions with prospects for the future looking bright, the other two of which gave a neutral response. Kenneth, the director’s response was, “despite the company having to cut back on a number of redundant positions over previous months, Chester and West is in a much better position to deliver the services we advertise.” Four of the other five staff indicated that they were somewhat satisfied with job stability, although three made mention of the fact that there had been several lay-offs since January.

2 – An independent analysis into the company’s finances revealed that Chester and West was struggling to stay afloat, each month barely meeting revenue targets and during the months leading up to December of 2015, the company was actually losing money.

3 – When asking Kenneth about the company’s finances, he reported that the previous year had been slow, which in turn resulted in the redundancies, although “current projections indicate that given our current position, we should be able to turn that around this year.”

4 – After enquiring about the company’s data back-up policies, the most prevalent answer, received from six of the ten witnesses (with the other four being unsure), was that the company had a system in place that would automatically back all office systems up every week. This information led to a further enquiry, directed at the office’s principal IT technician, who reported that the system had been set up to automatically back-up files at 5:00pm every Wednesday. With a camera set up to cover the analysis, our investigator asked that the technician please double-check the system to determine when the last back-up was rendered. Despite the system’s automation, it was confirmed that the last back-up of all office systems was in fact made at exactly 4:46pm on Friday, the day of the sprinkler incident. When questioned, the IT technician confirmed that only he and the director had access to the back-up system. Kenneth admitted that he had run a manual back-up after he had arranged for all computers in the office to be upgraded to the latest operating systems that day. He further confirmed that he and “another staff member” were responsible for the upgrades.

5 – Most of the computers in the office were between 1 and 4 years old, which would suggest that the majority would have needed to undergo operating system upgrades over the course of their four-year service at the company. Our investigator asked both Kenneth and the IT technician if manual back-ups were common, the IT technician to which replied “no, it isn’t usual” and Kenneth responding, “Only when we perform upgrades or something major happens.” In running a basic data recovery service over a number of the machines, Precise Investigation’s dedicated support team were able to recover information from four that were not entirely destroyed by the water, all of which indicated that they had been upgraded on three occasions in their lifetimes; once on 16th October 2014, once again on 22nd October 2013 and the latest upgrade on 30th September 2015. This directly contradicted Kenneth’s claim that he had arranged a software upgrade on the day of the incident. A further investigation into upgrade availability saw that Apple, the manufacturer of the office’s desktop machines, hadn’t yet released an update this year, meaning all of Kenneth’s machines were in fact up-to-date.

6 – When asking the witnesses as to whether the company had access to any tools or maintenance equipment, nine of the ten questioned reported that they were either unsure, or sure that the office only kept a basic toolbox with the likes of screw drivers and tape. One witness, however, mentioned that the building’s maintenance team kept a small ladder that they occasionally borrowed when “changing light bulbs or setting up decorations” in the office. Furthermore, each was asked as to whether a step ladder had been used recently in the office – all five of the witnesses present in the office at the time of the incident responded with different times and dates, none less than a week prior to the incident. Our investigator followed up to question the building’s maintenance department, finding that their step ladder had gone missing. 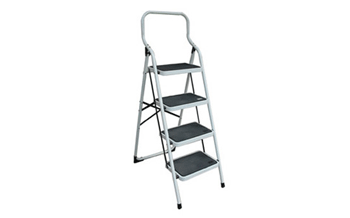 Finally, and as the last piece of the puzzle, a copy of the building’s CCTV footage was requested, specifically those cameras that monitor the entrance to Chester and West’s office, along with those over the elevators and building entrances and exits. And there it was: a crystal-clear photograph of one of Chester and West’s office clerks bringing the step-ladder from an undisclosed location, into the elevator and then into the Chester and West office at 9:15am on the day of the incident, along with images of the same man, this time soaking wet, placing the step-ladder outside one of the building’s fire exits. As a final measure of certainty, the width between the step-ladder’s legs was measured and compared to the impressions noticed beneath the sprinkler nozzles, revealing an exact match.

With these findings presented to GHA Insurance, Chester and West’s claim was revoked, along with a criminal investigation being launched into potential fraud regarding both Mr. West and the man seen handling the step-ladder.

Precise Investigation is available twenty-four hours a day, seven days a week to assist commercial and government organisations through any insurance-related investigations and, additionally, to assist insurers in uncovering evidence in relation to pending claims.

Fraudulent claims usually result in increased policy prices as insurers offset their losses, making premiums more expensive for honest policy holders. As such, our aim is to help insurers minimize their chances of successful, fraudulent claims going through undetected, which in turn decreases the likelihood of premium prices going up.

Precise Investigation has operatives stationed across the country, with locations in Melbourne, Sydney, Perth, Adelaide, Brisbane and Hobart. Get in touch with us today and arrange for one, or a team of our professional private investigators to provide you with the accuracy, discretion and confidence you need in determining the outcomes of any insurance-related matters.

Please note: all names, locations and identifying characteristics described in this article have been changed to protect the identities of those involved.