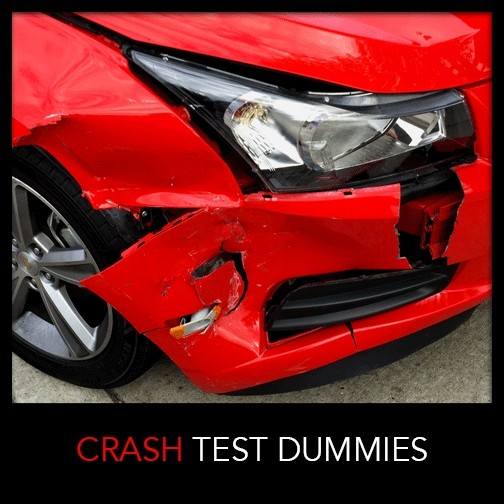 Michael Turck is a 21-year-old psychology student with an affinity for speed – and his best friend, Ben Ülrich is much the same.

Michael’s aunt passed away in early 2015 and left both him and his brother with a small inheritance, money that Michael would later use to purchase his first car.

Inspired by the V8 Supercars Championship and the fact that Holden had been doing very well over the last decade, Michael decided to cash in on his very own Holden Commodore (V8) in deep red. 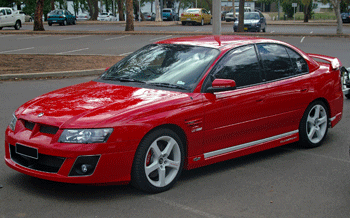 A week after his 21st birthday, the money had been cleared in his bank account, and so Michael went with his father to visit the local used-car dealership where he’d previously spotted the car – he signed the paperwork, paid upfront and drove away the same day.

The following week, on 24th September, Michael had signed himself and his best friend, Ben, up to take part in a track day at a motor circuit in Victoria, roughly eight hours drive from their homes in Sydney.

They arrived early on Saturday morning after driving through the night, though they hadn’t informed anyone at the track that they had been driving with little-to-no rest before the track day. Moreover, neither of the boys had informed their parents of the track day either; instead they’d told their parents that they were going for a weekend drive along the Great Ocean Road.

Nonetheless, the two pitched up at the track at 8:45am, in time to have a coffee, a hot dog and of course, attend the compulsory briefing before drivers are allowed onto the tarmac.

Ready to go, the boys also set-up a Go-Pro camera on the dashboard to film the day’s activities, and so they rolled out and put foot.

Slowly at first, Michael became progressively braver with each lap, with Ben timing his progress covertly on his iPhone as they drove. By the end of the morning session, Michael had shaved a whole seven seconds off his first full-pace lap; an achievement that any driver would be proud of. But, he wasn’t so proud. He was watching over their video time and time again, seeing slower, less-powerful cars overtaking him and pulling much faster times than he was.

Determined to redeem his and his car’s pride, the boys chugged a few Red Bulls, scoffed a burger and chips each and went out again. Ben, seeing Michael’s eagerness to impress him and to push the car even harder, asked him to take the afternoon session lighter, but Michael brushed off the “motherly” words and, in spite of what Ben said, drove faster and faster still. 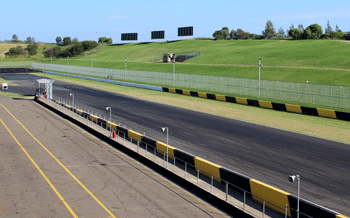 At 3:37pm, as Michael was taking a particularly challenging left-hand corner, he was unwavering in his decision to out-brake another Holden down the straight before needing to turn in, however and unfortunately, Michael had misjudged his speed. With huge pressure on the brakes, he tipped the nose of the vehicle into the corner, only to have the back spin out to his right, making the car pendulum off the track and across a few metres of gravel, before coming to rest with a thud at the tyre barriers.

In the mishap, Michael had managed to break-off and bend a large section of the plastic bodywork on the Holden’s front end, including popping the headlight out of place, leaving it dangling by its wires. The car still ran and drove; all damage was merely aesthetic.

In shock, the boys decided it was time to leave. They turned the Go-Pro off and set out on their way home, deliberating what they were going to do next to get themselves off the hook.

After arriving back in Sydney, Michael told his father what had happened and, on 25th September, our clients, KBL Insurance got a call claiming a road incident had taken place near their home. The call was red-flagged due to the nature of the incident’s description, time relative to when the car was purchased and the circumstances surrounding the driver. As such, Precise Investigation was tasked with investigating the truth surrounding what was initially described as a “loss of control, leading to a small collision with a tree.”

Our investigator arrived at the scene the following day. When questioned, Michael’s father, Jeffrey stated that he had been in the car with Michael at the time of the incident and that the accident had taken place due to his son “pressing the throttle instead of the brake” as they came to park at the roadside, just a few metres from their home. True to Jeff’s word, the tree showed signs of impact, along with the grassy patch before it being slightly damaged by tyre marks leading to the impact site. After the questions ceased, our operative took a closer look at the tree, taking photographs of both the damage to the car and the tree trunk for comparative analysis.

The photos, along with the claimant’s responses were sent to our dedicated support team for further review.

Within just four hours, we were able to determine that the crash markings on the tree did not correlate entirely with the damage to the vehicle, nor to the speeds at which the incident apparently took place. During his inspection, our investigator made a note of the dashboard Go-Pro mount, which stood empty at the time. This, along with the crash information, was insight enough to determine that there was more to the story.

As such, our dedicated support team set about analysing Michael’s social media accounts to look for clues, coming across a photo posted by Ben of himself and Michael posing in front of a motorway service station. The post was uploaded at 11:14pm on 23rd September, with no sign of either Ben or Michael’s parents in the scene. With this information, our investigator arranged a meeting with Ben and his parents to make further enquiries.

Instead of approaching Ben and his family with questions regarding the car’s incident near Michael’s home, our investigator focused more on what Ben and Michael had been doing at a motorway service station so late just a few days earlier. The way in which the questions were asked led to Ben spilling the beans – it also turned out that Michael and his father hadn’t told Ben or his parents about their “little white lie” to cover their tracks. As such, Ben didn’t even realise that he had unwittingly told us a story that was completely different to the “tree mishap” that had been described by Michael’s father. Moreover, Ben was even kind enough to inform the investigator of the Go-Pro camera that had been recording the day’s events.

With the new information in tow, our operative revisited the Turck family, telling both Michael and his father that Ben had come clean about what had really happened.

As a means to finalise our report of the incident, we asked that Michael provide Precise Investigation with a copy of his and Ben’s day at the track, along with taking an entirely new statement.

The information was presented to KBL Insurance and, unfortunately for Michael and his father, their car and home insurance has since been nullified and KBL are currently seeking to press charges against both Jeffery and his son for attempted fraud, purposeful misrepresentation and deceit.

Please note: all names, locations and identifying characteristics of the people, places and vehicles described in this article have been changed to protect the identities of those involved.