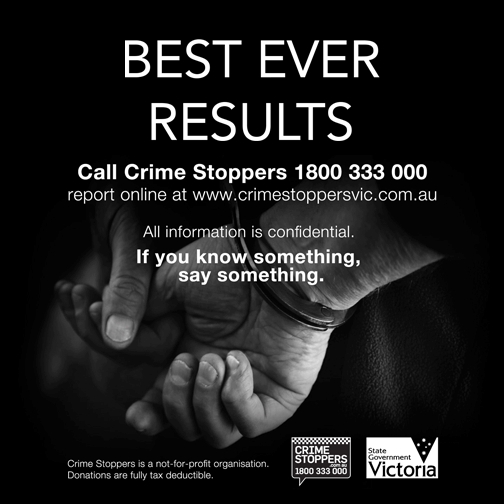 Crime Stoppers has grown to become an integral part of community safety and crime prevention, as people gather and supply information that’s then passed on to the police and other law-enforcement agencies.

In 2013, Crime Stoppers announced record results, which just goes to show how important the service is and how crucial it is to report suspicious behaviour.

Take a look at the statistics:

Calls to Crime Stoppers have played a significant role in assisting Victoria Police to solve a number of serious crimes, including the following:

For more information and interesting statistics, pop over to the Crime Stoppers website, or just click here.

Private Investigators are regularly called upon to uncover crime, expose lies and discover hidden truths and, although services like Crime Stoppers and the Police provide an established and reputable means to solve crimes, hiring a Private Investigator can often lead to a more solid case.

We’ll help you get to the bottom of your troubles.

We have investigators based in Melbourne, Sydney, Perth, Adelaide, Brisbane, Hobart and many other cities across Australia, so get in touch with us today.