Sagan Cowne
02:18 02 Sep 15
Used Precise Investigation to track down a former colleague of mine - John was able to help and managed to locate the guy in just four days. Great work guys and thanks again for your help!
See all reviewsWrite a review
powered by Facebook
[flexy_breadcrumb]
Home » CHEATING: Australia’s Biggest Love Rats’ Occupations | Infidelity and Affairs 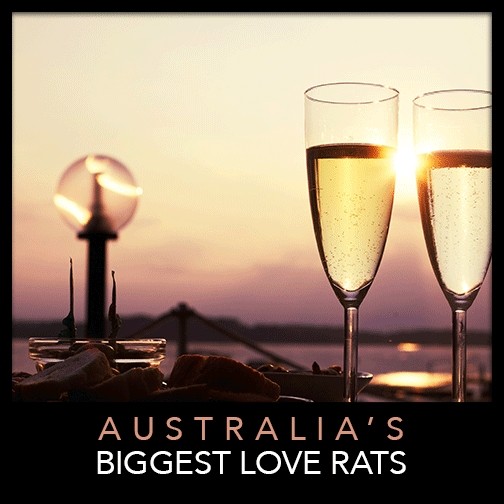 What is a “love rat,” exactly? Well, generally speaking, it’s a person that fails to abide by the norms of a romantic relationship, in that they seek the romantic attention of others, despite what they already have.

With that, it’s been revealed that Australia’s biggest love rats work in:

Furthermore, it’s been found that if you’re the type who likes to stray from your relationship, you should seek a retiree, as they’re the people most likely to forgive a cheating partner.

Conversely, the most unlikely people to forgive are those that work in the finance industry, a national survey shows.

The Great Australian Sex Census has revealed some horrible truths about us Aussies:

The most likely people to be cheated on are those that work in:

With all that doom and gloom, there is a silver lining… Australians are notoriously more forgiving to their cheating partners than most other countries around the world, with men seeming to be more so than women.

If you suspect that your partner is cheating:

Precise Investigation has professional, surveillance and matrimonial investigators available in every major Australian city, with quick and easy access to cities including Sydney, Melbourne, Perth, Hobart, Adelaide and Brisbane. Regardless of where you’re based or where your partner may work, we’re sure to be able to provide you with the answers you need to some of your most difficult questions.

We’d also like to point out that not all infidelity investigations end up with separation or divorce; most of the cases we undertake are brought on by suspicious people, whom have become so due to change in their partner’s behavior… usually this is a result of a number of external factors that are affecting the way they think and act, so it’s not always a case of sleeping around.