Bittersweet Revenge – A Student Gets His Own Back:

Gary Davis was employed by a small human resourcing company in Perth since he left school at the age of 17. Nearly ten years later, he’d realised that HR and recruitment was a long way off from what he’d actually really wanted in life; to run his own business.

So, after bidding his goodbyes and finishing up his final month at the HR company, Gary decided to enrol in University to study Business Management and Entrepreneurialism in 2014.

Having actually had some real-life experience in the business world and granted the fact that his school grades were pretty solid, Gary was granted a place at the university – bringing him one step closer to his dream job… although he didn’t know at this point what that might be.

When classes began in February, Gary was filled with silent anticipation and looked genuinely forward to learning the new skills and techniques that would help him uplift his life – although within the first week, he also realised that making friends was going to be a challenge.

Gary was almost a decade older than most of the other students in his class, expect for two women; Nancy and Patricia who always sat at the very front and as far to the right as possible. They never spoke during lectures, never asked questions afterwards and were never seen taking a single note – all this added to their combined weight of three-hundred kilos, was a little off-putting to most people.

Despite the social challenges that faced him, Gary pressed on. He ensured that his work was always completed to the best of his abilities and well before deadline; if he ever ran into any difficulties, he was sure to get in touch with the relevant course supervisors and senior lecturers to get the help he needed and; as time went on, the university ensured that students became more social with each other by placing them into groups and having them work together on specific projects – so Gary’s social concerns were also diminishing as the time flew by.

In the second-last year of his studies, Gary and his classmates were assigned to a project that would ultimately test their abilities to the highest degree, all within a controlled environment. Their lecturer, Dr Hobbs, had arranged for several start-up businesses to come forward and ask for assistance in making sales and building their brand names. As such, Dr Hobbs picked one that he thought would suit his students best. 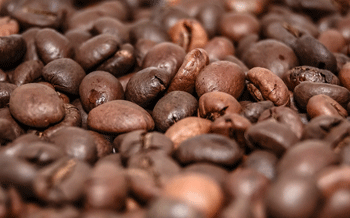 The company was a new kid on the block in the coffee market; a small and independent, organic and fair trade company that bought its coffee beans from Ethiopia and roasted them using waste materials from the Australian timber trade. All in all, they were a very “Green” company, and it was that that Dr Hobbs asked his students to focus on when it came to their latest project: Build the brand and sell as many bags, boxes and/or crates of the coffee as possible within six months.

There were no restraints on whether students could spend money on their campaigns, although it was generally considered that the majority would not, given the fact that they were, in fact, students. Gary, on the other hand, along with some of the more “well-off” kids, did have access to a few extra funds that would ultimately help them sell a lot more than those who didn’t have the money.

Gary worked tirelessly on the project, researching some of the most well-used sales techniques in history, coupled with insights into new revenue streams, marketing channels and social media strategies that he could implement to make sure his particular set of coffee sold out the quickest.

True to his own promises (to himself), Gary was able to sell off the initial 100 bags he, and every member of the class, was assigned within two months. The next major player in the “game” had sold just 60 by the same point. Gary, as such, made an order for an additional 200 bags for him to continue his streak.

At the first quarter point in the project, three months in, a peer-review took place where each student was partnered with another with similar performance statistics on the project, and each would give the other feedback on how the other was doing and where, if possible, they could improve.

Gary was partnered with a much younger man than himself, Derek Pilansky, a 19-year-old business prodigy from Poland, and was made to sit with him for four hours to discuss how each of them could progress. Derek had sold 284 bags of coffee at this point, nearly 200 more than the next person on the list, whereas Gary had sold 298. Needless to say, there was a serious air of competition between the two of them, with neither wanting to reveal what he was doing to make his sales so successful.

At the end of that awkward session, Dr Hobbs announced that the project would come to an end within nine more months and that each student should note that the amount of coffee they sold would inevitably affect their result on the module and could ultimately affect their overall grade on the course.

Although this didn’t worry Gary, he was a little concerned that he might not be number one in the class by the end of the exercise, which he was at the time.

Another three months came and went, with Gary going about his coffee sales the same way he had since the beginning, only becoming more efficient at it as time went on. The class was called together and asked to share their hints and tips with each other again as they had done before, this time in groups.

Group-by-group, each student chirped up to give their presentations; explaining the difficulties they faced; how much they spent (if any) and where they spent it; how they raised money to increase their marketing performance; how they interacted with customers; who they targeted… and the list goes on.

Gary was one of the first to speak, and so delightfully shared his success with the group, having sold over 1,000 bags of coffee within the six months to date.

Gary’s pride soon faltered as he heard more and more members of his group surpassing him; 1010 sold here, 1050, sold there, 1200 over there, another 1015 sold here and worst of all, Derek was the last to present his ridiculous 1895 sales.

Gary had gone from being the class’ best performer to trailing in at 12th place.

Something wasn’t right here. Gary new just new that something fishy was at play – all of the guys who’d now managed to outdo him had previously sold shocking low numbers and, more interestingly still, is that Gary noticed that each of these people seemed to be friends with Derek on some level.

Gary went from being a potential “HD” student, to being predicated a “B” for the module. Although that was a “pass,” he was deeply disappointed.

While it may have been against his morals, but given he had little to lose, he assigned all of the profit he’d made for himself from the coffee selling exercise, to hiring a private investigator to dig-up what was going on. He knew that Derek and his chums were up to something off, he just didn’t know what.

Gary didn’t intend for a huge sting operation to unfurl within university grounds, but he just needed some form of evidence to show Dr Hobbs that Derek and his chums were cheating. As such, he did a quick search online and came across us; Precise Investigation.

We arranged for one of our operatives to pose as a potential buyer and meet with Gary at a nearby café. There, Gary shared Derek’s schedule with us, where he stayed and the details of a few of the buyers he’d sold to so far. In all honesty, our agent didn’t fully believe the motives behind the investigation until Gary explained that he had believed himself to be one of the hardest workers in the class, and best performers on that module, but that something had gone terribly wrong, for no explicable reason.

With that, our operative shared the insights with our dedicated support team, who immediately came back with an interesting finding. Derek was in fact the son of a multi-millionaire yacht builder and owner of a very successful international freight company. Gary asked that we run some basic surveillance over Derek’s movements leading up to and over the weekend as his reports suggested that most of his sales were made after university hours when he was able to get out and “spread the news” to people in the neighbourhood.

Unfortunately for Derek, his little game came to an end rather quickly. 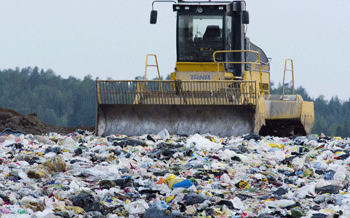 Our agent managed to record photographs and video of Derek, just two hours into the operation, driving to a local landfill with two of his classmates, and emptying their entire supply of coffee into the rubbish tip.

On the video, Gary managed to count approximately 360 bags of coffee being tossed into the tip, although it was likely to be far more as the distance from their location, the quality of the footage at that distance and the number of bags each person could hold in their hands all seemed to play a role in the end number.

Derek was actually failed from that module, along with the four other people in the car with him that day and, subsequently, Gary informed us that the other eight people in the class who had previously outdone him, had “somehow” stagnated and sold little-to-none over the next few months.

When questioned, Derek admitted that he had simply bought his own stock using his “pocket money” and then thrown it away – although the depth of his pockets was never really investigated, which would have been interesting considering he was somehow helping a number of other students to pull of the same trick.

Although Gary didn’t ask us to continue, and granted we’d already given him enough evidence to go to Dr Hobbs, this was quite possibly one of the easiest investigations we’ve ever done. But, in all honesty, it was also one of the most rewarding. Gary not only came forward to Dr Hobbs about using us, but actually included in his business report that he had employed us a “competitive tool,” including our pay as a business expense and using our findings to ultimately help him achieve the number one spot in the class.

Precise Investigation is available to assist commercial, government and individual clients across all of Australia, with operatives stationed in Melbourne, Sydney, Perth, Adelaide, Brisbane and Hobart.

Regardless of where you are, or how simple or complex your case may be, rest assured that our investigators are more than capable of uncovering the truths you seek.

Please note: all names, locations and characteristics described in this article have been changed to protect the identities of those involved.