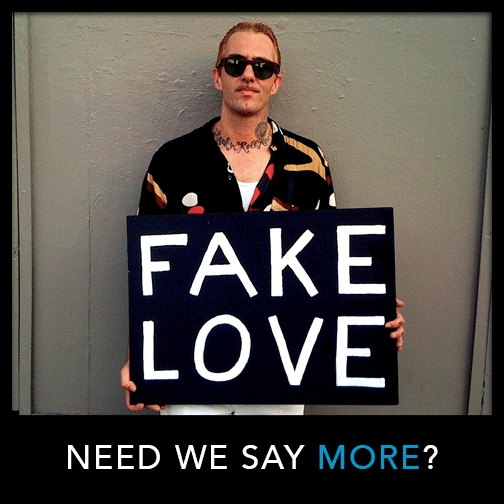 Sugar Daddy Gets Some Bad News:

Two weeks ago, Melvin Star, a wealthy property investor, got in touch with us after his then boyfriend, Charlie Pollock, told him that he’d like to spend some time alone for a week, “to get his head straight.”

The two had started seeing each other after meeting in a Melbourne bar five months earlier. Melvin described their relationship as being “delicate” from the get-go, as Charlie had always appeared to be quite shy and somewhat secretive about his sexuality. As such, as their relationship grew and they spent more time together, Charlie would often refuse to engage in any romanticisms while they were in public; kissing, hugging, holding hands and the like were all off limits until they were in the privacy of Melvin’s home.

Charlie had always claimed that considering he moved around so much, he’d never been able to sign a lease, let alone buy a property – the man was originally from Perth but had been staying in a sharehouse, at the age of 29, just a few blocks away from Chapel Street as the deposit was small and he enjoyed “being around other people a lot,” perhaps out of fear of being alone…

Nonetheless, as time went on, the couple grew more comfortable, making longer and more frequent visits to Melvin’s home until Melvin decided to ask Charlie to move in with him. Charlie at the time was a manager at a local bar and so, while not overly wealthy, wouldn’t be required to pay rent and he’d be able to live a very comfortable life in the modern, minimalistic apartment.

Apprehensive at first, after a few weeks Charlie decided to join him. He packed his bags and nestled in – as a welcoming gift and sign of his goodwill for the relationship, Melvin bought a pair of matching Rolex watches, valued at $8,000 each.

In Melvin’s call to us, he described the relationship as being deeply intimate and affectionate, but only after Charlie had made himself sufficiently drunk. At first, Melvin thought nothing of the matter, but as he tried to make advances, even in his home, Charlie would always have some kind of reason to not “be in the mood.” In the evenings, seemingly at points in time where he felt some kind of obligation to partake, he would always smell of booze, although Melvin never outwardly saw him drinking.

Melvin had originally tried to fix things by showing Charlie how much he cared in the only way he could, considering romance was off the table, and that was, most notably, the occasional purchase. Charlie never really seemed to appreciate them very much, but apparently the small smiles he showed after receiving them was “worth it” to Melvin.

It wasn’t until two or three months after Charlie had moved in that Melvin started to grow suspicious – at first he thought that Charlie might have been interested in someone else, but having a relatively good gauge of who Charlie kept company with, couldn’t imagine any real threats to their relationship. He also made a mention of the fact that although Charlie wasn’t on his phone all that often, he was passionate and incredibly defensive about his privacy, but again Melvin didn’t give much thought to the premise as Charlie had been clear about that since the beginning, even going into lengthy conversations over champagne and strawberries in their early days, about the importance in a person’s personal space. Melvin could always appreciate it, and so never pressed for answers when gently enquiring into who Charlie was talking to on his Facebook app.

With that being said, just a few weeks prior to the call to Precise, Mevlin noticed that Charlie was becoming more distant than he had been before and often became argumentative about seemingly mundane or irrelevant issues that would likely cause little offence to anyone else; an example being when Melvin prepared a cup of coffee for Charlie one morning, only to have it poured down the drain after a little taste, with Charlie yelling that he’d made it clear he was trying to lose weight… so the fact that Melvin had put his usual one teaspoon of sugar was enough to set Charlie off. Funnily enough, it was this one incident that made Melvin the most suspicious of all because, as he recalls, he felt that after he’d handed the mug to Charlie, something on his face said “I’m not going to like this coffee” before he’d even tried it, and the fact that he was so quick to taste the sugar and then be upset about the whole thing just sounded a little alarm in the back of Melvin’s head.

So, a few weeks later, when Charlie told Melvin that he’d like to leave Melbourne for a week for some peace and quiet, which in Melvin’s eyes was a little uncalled for, considering his apparent kindness, genuine empathy and adoration toward Charlie, Melvin decided to call us.

Charlie didn’t tell him when he’d be going, but he asked to borrow Melvin’s car when the time came, to which he agreed. With that information, we arranged with Melvin to swing by his home one evening and install a tracking device on the vehicle, a device that would allow us to keep a record of Charlie’s movements after he set off.

And so, three days later, Charlie bid a temporary good-bye to Melvin, got in the Audi and drove away. As soon as the wheels started to turn, we were made aware of the car’s whereabouts and with that, assigned a nearby operative to follow Charlie as he headed out towards the Great Ocean Road.

After driving for nearly nine hours, we watched and, of course recorded the situation, as Charlie pulled into a quiet street in North Adelaide. There he was greeted by a woman and two children, approximately two and four years old respectively.

When the time stuck, our operative at the scene took it upon himself to visit a neighbour and enquire about the residents of the house next door. He simply said that he was interested in purchasing the property but that nobody had been home when he knocked on the door. The lady was kind enough to divulge their names; Richard and Debbie Pollock…

With the help of our dedicated support team, the operative was able to uncover “Charlie’s” real past; he had been married to Deborah for four years and had bought this house in Adelaide the same year.

We immediately telephoned Melvin and informed him of the news. He requested that we leave the scene and report to him in person, with all of our findings and any evidence we may have. As such, we supplied Melvin with hardcopy photographs of Richard and his wife, a copy of their wedding certificate and the birth certificates of their children, basic mortgage information on their house and more accurate representation of Richard’s previous work history.

At this point, Melvin put an end to the investigation and we are unaware of the consequences that Charlie “came home” to when he went back to Melvin.

The question we’d like to have answered, had we been able to spend more time on the case, was whether Richard’s wife knew about what had been going on with Melvin… but for we may never know… unless she hires us too at some point!

… At least that would be a pretty easy case.

With that in mind, if you feel that your partner is starting to become a little flaky, whether a romantic interest, an associate in business or someone that you’re looking to invest a great deal of trust in, no matter the situation, and you’d like some answers:

To find out more about our tailor-made surveillance services, please click here.

If you’d like to know more about skip tracing and location services, please refer to this link.

We have operatives stationed across the whole of Australia and our agents are more than willing to travel great distances to get the answers you need. So, whether you’re based in Adelaide, Melbourne, Perth, Sydney, Brisbane, Hobart or even the more remote areas of the country, please get in touch with us if you’re ever in need of hard-hitting evidence, or just the simple truth.

Please note; The names, locations, addresses and identifying features of the people and places described in this article have been changed to protect the identities of those involved.