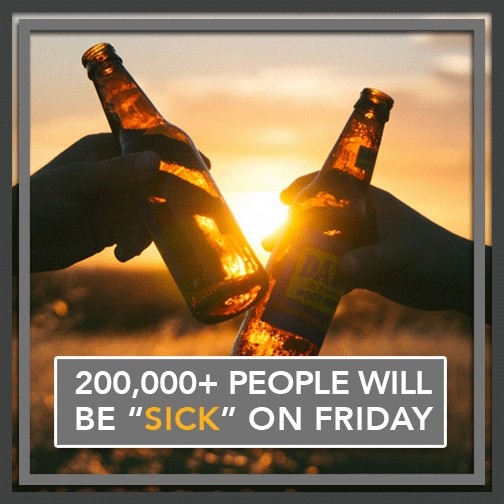 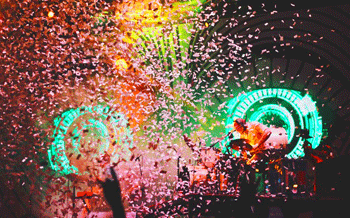 With Australia Day (26th January) looming, employers around the country are growing anxious at the prospect that a number of their staff, contractors, associates, business partners and clients are going to temporarily disappear.

Nope, they aren’t jetting off on some fantasy vacation (well most of them anyway), but instead they’ll be calling in sick to make the most of Australia day and the weekend to come, giving them a total of four days off.

According to a News Corp report, and a statement from a spokesman at the Australian Chamber of Commerce and Industry, more than 200,000 people are expected to feign flu-like illnesses on Friday following the potential booze-up over one of Australia’s most celebrated national holidays.

7 News interviewed a member of the Master Builders Association to gain an insight into how the construction industry might be affected, to which the man responded that unlike domestic construction jobs, commercial development needs to fit to a very structured schedule, whereby everything needs to be carried out and completed by strict deadlines. With Australia Day’s “hangover day” on Friday, construction companies across the country can expect major set backs and financial strain.

Added to this, the same News Corp report also suggests that the “influx of sick days” could potentially cost Australian businesses more than $62 million – a figure that has led to many employers across the country asking their staff to file for annual leave on Friday, instead of calling a sick day.

Despite being asked, I wonder how many people will actually file for leave; how many won’t come into work without saying anything at all and; how many of us will try the whole “I don’t feel so well” trick?

As a small business owner, I can only tell you that if my staff decided to get lashed on Thursday and not show up for work on Friday, both my and Precise Investigation’s reputations would suffer. We could lose leads; we could miss out on crucial pieces of evidence… we could even lose clients (I hope my staff are reading this). Therefore, I can only hope that I’ve entrusted the right people for the job and, in working with my team, I also hope that they’ve come to understand and appreciate the mission we’re all on. If we’re not available, we always do our best to have someone to replace us, or we continue to work remotely, even if we’re ill… but that’s just us.

If you’re an employer, what measures have you put in place to ensure your staff don’t take advantage of you over the upcoming day-off? Have you tried to reward staff members who show up? Have you made “threats” against those that might not? Did you or your company suffer last year?

While I know that most of you won’t answer my questions, I ask them not for myself, but so that you can hear them in your own mind and, in turn, be asking and answering yourselves. Ha. Mind trickery at it’s best. No, but seriously, across social media, Aussies have been making it clear that they almost expect the Friday following Australia Day, to be another holiday, with some even going as far as to say that “the Australia Day hangover is written in the constitution.”

If that were the case, would the national holiday not be seen as a four-day weekend, instead of being a day off, followed by the weekend? I think so.

It is unfair on your employers and the businesses they run to skimp out on work because you don’t know how to control yourself on a day off. New South Wales has 13 public holidays a year, added to those that you are permitted to by contract, added to the sick days you’re due if you REALLY ARE SICK. Companies can’t function without their staff and so it’s crucial that you really take your actions on Thursday into consideration. By taking Friday off, not only are you hurting the people you’re working for but you’re also making it blindingly obvious to them that, a) you don’t care for your job or your employers and b) that you think your employers are idiots.

This is not meant to be a rant, but I can see how some of you might think that that’s what it’s become; instead I simply wanted to shine a light on the situation and press you to put yourselves in your employers’ positions. If you are an employer, I hope that I’ve been able to help you in some way… even if it was just a matter of making you think about what’s going to happen – so that you could potentially do something to prevent it.