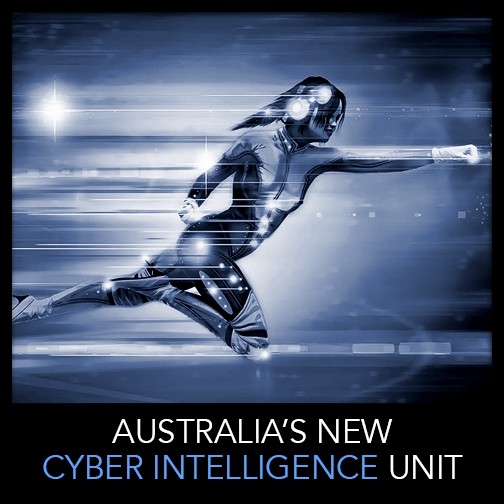 In the news this morning, it was brought to our attention that the Australian Government, along with a few others around the world, may have started taking cyber crime a bit more seriously.

Michal Keenan, Minister for Justice said that both national and global threats of cyber crime continue to rise – although, being brutally honest, we, an unaffiliated private investigation firm, made that perfectly clear just a few months ago.

He then went on to say that “the top priority for the Australian government is to protect our people, our economy and our way of life from the ever-changing range of national security challenges that we face as a society.” As profound as that may sound, again he is simply reiterating a number of points we put across previously. “We know that the national security threat to our nation, and globally, is unprecedented and modern technologies are presenting new and evolving threats – none more so than from malicious cyber activity,” he continues.

… That isn’t exactly a very in-depth answer to a very serious question.

In his statement, Keenan goes on to explain the importance in safeguarding ourselves against cyber crime and that we should ultimately put [some] faith in the new cyber intelligence unit, given the fact that they are ultimately going to be helping us to stay safe online.

But given the fact that we already know the dangers we face, and the fact that Australia is still one of the most economic-crime affected countries in the world (most of those crimes, by the way, taking place through online mediums), the question is actually, “will it be enough?”

Will a new, sleek special cyber intelligence unit really give us the protection we need?

In short, probably not.

Because we don’t need a bunch of police (because that’s technically who these guys are, albeit they will have extended their training away from field work and into the online sphere) patrolling the internet to stop criminals from going about their business. It’s the exact same principle as the US employs by having armed police patrolling the streets… has that reduced gun crime, murder and related violence? Nope. Has it made their communities safer? Arguably not.

So what should they be doing?

Honestly, our government should realise by now that some of the most advanced online security specialists of our time are not coming out of training institutions, universities and the like… instead they are the kinds of people who have spent their formative years in front of computer screens, learning how to make their very own dream worlds come to life. The kinds of people that type in code as opposed to typing in English (that is a very broad statement – if you’re a coder, please forgive the metaphor).

What we mean is, the Australian government should be investing in genuine online security specialists, and in fact, not really shouting about it – the more they inform the enemy of what they’re doing, the more likely it is the enemy will change their approach to stay in the shadows.

And, what we have to bear in mind here, is that this new Cyber Intelligence Unit is going to face up to crimes that ultimately only affect the higher tiers of Australian commerce – paying little or no attention to the private web users that inevitably spent hundreds of millions of dollars on cyber scams every.

Romance scams, lottery and fake winnings scams, employment scams, investment scams and more end up stealing millions from unwitting individuals across the country and THE MOST EFFECTIVE way to stop that in its tracks is to publish a series of short advertisements describing what to look out for and how to behave with sensitive information online.

The biggest losers here are those that give in to strangers’ demands too easily, entrust in others with little care for the consequences and otherwise don’t really understand how the internet works in its entirety.

We have personally seen an elderly man chatting to a “20-year-old woman” online for a few minutes, flirting with him and eventually getting to the point where she’d promised to come over from Gibraltar to visit him if he just wired her some money to pay for the flight… what do you suppose that lonely old man did?

Forked over $2,000 to a complete stranger that he never saw or spoke to again.

These are the kinds of things that the Australian government should be focusing on. As soon as they have proved that they can handle the smaller fish (of which there are millions), then we might have more faith in them taking on the internet’s sharks.

While we can’t promise to uncover international terrorists and criminal masterminds, Precise Investigation has been able to help private and commercial clients across Australia to increase their knowledge surrounding online scams and fraud, and even provided preventative services that ultimately reduce their associated risks at home and in the workplace.

If you’d like to know more about what we can do for you, please:

Please note that while this article is opinionated, the views shared here are not reflective of Precise Investigation and its operatives, but instead as a means to raise important questions surrounding our government’s decisions and actions to improve our safety.