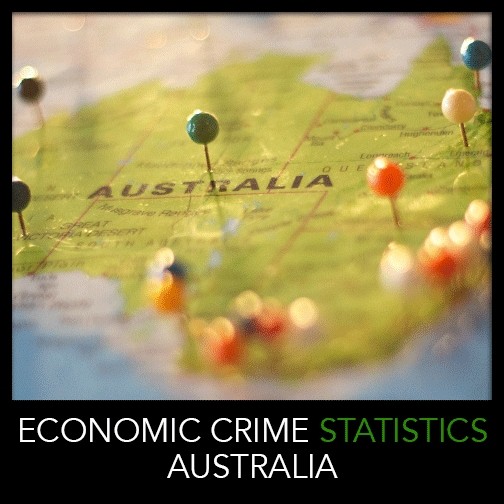 It has recently come to light that Australia has managed to claim a title that no nation wants to bear: the world’s most economic crime-affected country.

Following the latest report issued by PricewaterhouseCoopers (PwC), an internationally-recognised assurance, tax and audit consultancy, more than 52% of Australian organisations testified to having experienced some form of economic crime within the last two years, compared to the global average of just 36%.

Added to this, the Australian edition of PricewaterhouseCoopers 2016 Global Economic Crime Survey describes cybercrime as the number-one economic crime in Australia, followed closely by procurement fraud and asset misappropriation. Furthermore, Australian organisations have reported a cybercrime rate at double the global average, with 65% of Aussie businesses having experienced some form of cyber rime in the last two years, compared to the rest of the world at 32%.

Worse still, but at least perhaps as a glimmer of hope, only 7% of Australian organisations report to have implemented some form of sophisticated monitoring system, such as predictive analytics to detect and reduce the risks of economic crime. Hope arises as we come to understand that if more Australian businesses employed the same preventative measures as other organisations around the world, we could drastically reduce the threats we face from economic crime.

“It’s fair to say that we’re a legitimate economic crime hotspot,” states Malcolm Shackell, a leading forensic services provider and PwC partner. “To buck this trend, we need to embed resilience; this means moving away from reliance on reactive detection methods, to more sophisticated and proactive preventative and detective tools and techniques, like we are seeing globally.”

The PwC report also indicates that Australian businesses are facing more incidents of economic crime, with 30% of those surveyed having experienced more than 100 separate incidents. Only 9% of international respondents reported experiencing that the same frequency of incidents.

26% of Australian companies also reported incidents of money laundering, compared to just 11% of global survey respondents and 9% of the rest of the Asia-Pacific region. Additionally, 31% of Australian businesses can expect to experience some form of bribery and/or corruption over the next twenty-four months.

Despite the fact that more than 80% of Australian businesses have claimed to be aware of the risks of cybercrime and 60% of national organisations being expected to experience it over the next two years, only 42% hold a functional incident response plan and an even smaller 40% described their corresponding members of staff to be appropriately trained.

It is with these terrifying figures in mind that Precise Investigation aims to provide the very detective services spoken of by Mr Shackell to organisations across Australia – offering preventative detective services such as: large-scale due diligence services; background checks and; forensic investigations, amongst a number of likened investigative services that can help businesses, and have helped hundreds of our existing clients to date, to protect themselves from a wide range of economic crime.

To better understand the services we have on offer and how to have them applied to your business, please:

Precise Investigation has operatives and specialist investigators stationed across the whole of Australia with fast and effective service delivery to the likes of Melbourne, Sydney, Perth, Hobart, Adelaide, Brisbane and even the more remote reaches of the county. Get in touch with us today and reduce the risks you face from both international and internalised fraud and malpractice.