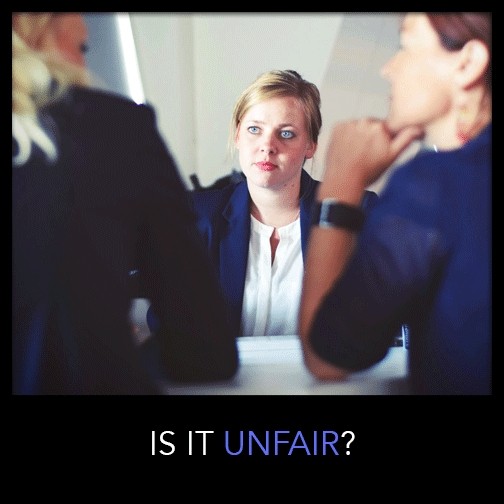 Do Professional Résumé Services Give Candidates an Unfair Advantage?

Last week I had a young man contact me in regards to one of my field agent job postings. He was fresh out of the “academy” and was looking to get his foot in the door.

Based on his résumé, while he had only just completed his license to practice private investigations in Victoria, he had a long history of working alongside professional private investigators, including 4 years’ experience working as an office administrator – for a private detective – straight after he finished school.

Honestly, I was pretty keen to give him a go. 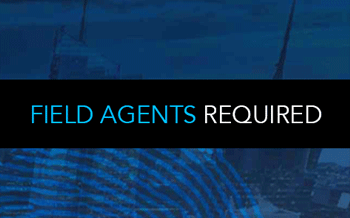 He seemed to demonstrate enough experience for me and my associate, Tass, to go forwards with an interview, so we arranged it for Monday of this week – two days ago.

The young man pitched up, looking sharp in a charcoal-grey suit, a crisp, sky-blue shirt and polished, brown leather loafers. We had him wait for a few minutes before we met him in our interview room… and he was looking far more nervous than I’d expected for someone with his experiences, and the confidence that seemed to ooze from what he’d written on his résumé.

We went ahead with the interview and asked the man to introduce himself, tell us a little about his career to date and go on to why he was interested in working for us… All I can say is, “wow.”

While he may have passed the licensing phase, the young man could barely utter a word, let alone form a sentence. I couldn’t even tell if he was struggling to speak English, or if he was just so nervous that he couldn’t speak properly.

A little taken aback, Tass and I agreed to give the guy a few minutes and a glass of water to calm down, assuring him that there was no need to be so nervous – we’re just having a conversation… trying to find out more about each other, that’s all.

So we resumed and had another go.

Long story short; the second attempt was very similar to the first, albeit he did manage to put a little more on the table. At the end, as we were wrapping things up, a calm and new-found confidence suddenly came over the young man. He sat watching us stack the papers, with his hands cupping each other on the table. 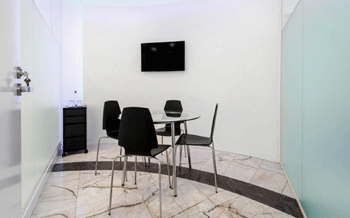 He openly concluded that he had failed the interview, telling us that he hadn’t prepared properly and that it had been his first interview for such an independent role. We questioned his judgement, based on what he’d described in his résumé, but he simply came forward saying that he’d paid to have it written up, and most of what was on there was exaggerated. While his experiences were real, they were far less “exotic” than what was on paper.

Funnily enough, it turned into a proper interview at that point, but the focus lay in attempting to fully understand his work history, rather than identifying key characteristics for the role… although I guess they are really one and the same.

Nevertheless, and unfortunately for our young man, we decided to take a different candidate instead, but the series of events led me to question the ethics behind professional résumé services.

As far as I can tell, there are three types of professional résumé services available to the general public in Australia:

The majority of recruitment agencies in Australia offer some form of assistance with their applicants’ résumés. In some cases, they can go as far as to write the entire résumé from scratch for a small fee. With that, you will find that if you opt for one of these services, you will likely be required to present an existing résumé for them to go by, provide some form of identification and likely have attended an introduction or interview with the agency in question.

With all of that in mind, it would seem that this approach is generally successful and the agencies in question take a professional approach to how hard they can “sell” their applicants as candidates to potential employers. Obviously “overselling” them could make things more difficult for the agency in the future, so they will tend to be more honest.

There are a few variations of the service online, and they aren’t limited to Australia either. Of those that seem more legitimate (beware of scammers who simply take deposits and never provide services!), there are some who take a similar route to recruitment agencies in asking for a lot of information, including identification, and then provide the résumé write-up. There are others, however, that don’t ask the right questions, or ignore them entirely, and go on to create a “customised” or “tailor-made” résumé for people based on loose information they provide in the sign-up form.

The latter can result in major exaggerations or understatements about the applicant. If the applicant doesn’t fully understand the repercussions of this, it can lead to time wasting for employers and, ultimately, a waste of money for the applicant.

Similar to the above in the sense that they aren’t usually face-to-face meetings, but copywriters can also provide professional résumé writing and design services. This is the option our candidate took, and he admitted that he was so impressed at the way it looked and read, that he thought he’d give it a go. To be fair, it worked in so far as getting him to the interview, but… at our expense.

Had the young man’s résumé reflected the truth and been created by himself, then he likely wouldn’t have been called in for an interview, which brings me to my main point:

Do professional résumé services give candidates an unfair advantage? 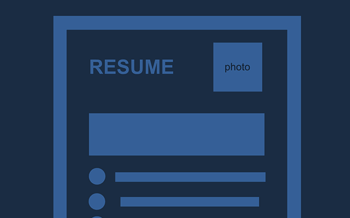 That was my experience at least, and I’d be very interested to hear your take on the topic?What I mean by that is, by contrast, do candidates with résumés that they’ve created themselves have less of a chance of being interviewed than candidates who have their résumés professionally prepared? And, by extension, do those professional résumé services result in wasted time for employers by allowing us to call people in who ultimately cannot do the jobs they are being interviewed for?

Have you ever employed someone based on their résumé, only to find later on that they weren’t up to the task?

Or perhaps you, yourself, have used professional résumé services and got you the job that you always wanted – if that is the case, did you work closely with your service provider, were you lucky, or did you get through based on the interview more than the résumé?