Sagan Cowne
02:18 02 Sep 15
Used Precise Investigation to track down a former colleague of mine - John was able to help and managed to locate the guy in just four days. Great work guys and thanks again for your help!
See all reviewsWrite a review
powered by Facebook
[flexy_breadcrumb]
Home » April Fools Pranks, Brand Image and Lawsuits | April Fools in Australia 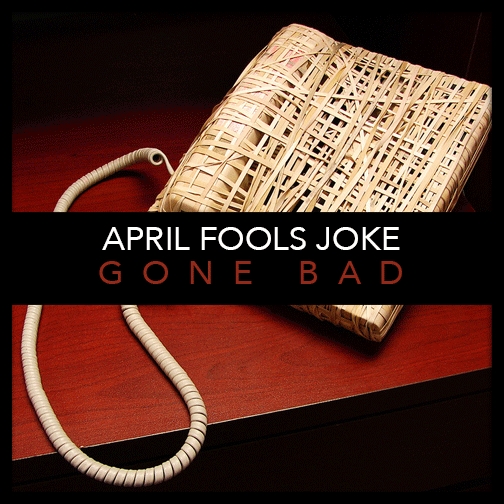 Most people can appreciate a good April Fools’ joke or prank, especially when they’re not the ones on the receiving end. This can sometimes lead to problems, for employers and the companies they represent when its their employees that are pulling the pranks.

“People often do foolish things in the workplace, unfortunately it’s just kind of concentrated on April Fools’ Day” explained Mark Toth, Chief Legal Compliance Officer at Manpower North America. “[People] do stupid things. Some people will get hurt and someone will sue. If employers are found to condone what happened, and they don’t take action, then the whole company can be sued.”

Here are a few April Fools Pranks that went a bit wrong:

A former Hooters waitress was granted an undisclosed settlement in 2001 after an April Fools promotion at a beer sales contest in Panama City promised the victor a “free Toyota.”

Jodee Berry was blindfolded and led into the outside parking lot, only to receive a toy Yoda – a character from the Star Wars movie franchise. Taking into account that the contest was held under false pretenses, Jodee Berry made a successful case against the company, her lawyer unfortunately not disclosing exactly how much the settlement came to, but admitting that she could wander into any local car dealership and “pick out whatever type of Toyota she wants.”

Many companies have suffered legal problems at the hands of variations of this prank, notably a California radio station in 2005. The station held a contest that promised two Hummers (the car) to the winner, but was sued after they handed over two remote-control, scale models of the vehicle. In another, similar case, another radio station promised a new pair of breasts from “Dr. Sanders”, suggesting that the station would pay for breast augmentation surgery for the winner… yet program director, “Jazzy” Jim Archer and host, Joe Breezy handed out a pair of fried chicken breasts from Kentucky Fried Chicken. The winner made a formal complaint against the radio station and both Jim and Joe lost their jobs.

In yet another radio station prank, Florida country morning-show hosts Scott Fish and Val St. John were taken off the air and threatened with potential criminal charges after warning their listeners that “dihydrogen monoxide” was coming out of their home and office taps. Unfortunately, the vast majority of their listeners didn’t know that Dihydrogen Monoxide is the chemical name for water, and so immediately called the local water utility company to make further enquiries. As such, Lee County Utilities (LCU) were required to make a press release, informing their customers and the rest of the county that there had been a misunderstanding and that all water they supplied was safe for use.

Both companies and their customers can be victims, as a prank on April Fools’ Day in 2012 demonstrates: Police were summoned to a Maryland Wal-Mart after a forty-eight-year-old man attempted to leave a public toilet cubicle, his buttocks superglued to the seat. The man was taken to hospital with toilet seat still attached, with police reporting that he suffered minor lacerations, the perpetrator of which, if found, would face second-degree assault charges. Since 2003, Wal-Mart has experienced six cases of superglued toilet seat pranks.

Unfortunately, an April Fools’ prank on a woman’s sister went terribly wrong after she called her and told her that she’d shot her own husband, that she was cleaning up the mess and that she’d like her sister’s help in burying him by Blackwater River. After making the call, the woman found herself surrounded by police, handcuffed and questioned about the murder.

“The law was everywhere… [their] response was excellent,” she said.

A local news station reported that after her prank call, her sister called another family member, who then went on to share the news with other members of the family, one of which called the police.

After her husband arrived at the scene, she was cleared of the charges.