[flexy_breadcrumb]
Home » A Deadly Weapon or a Case of Fraud? | Fraud and Scams in Australia 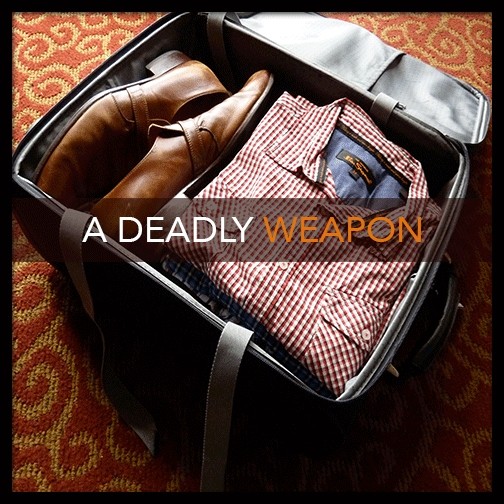 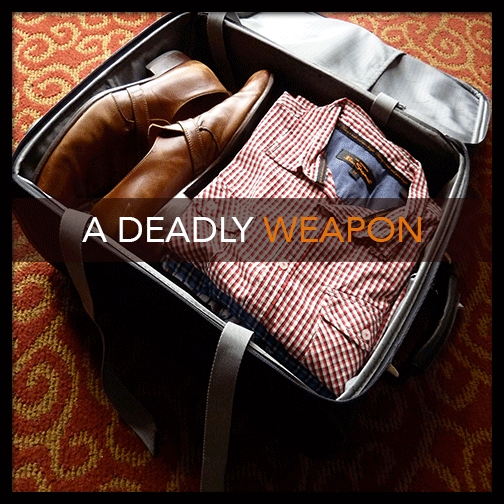 A Deadly Weapon or a Case of Fraud?

Is it the concealed blade in the sole of the leather shoes, or perhaps a chicken wire in the shirt’s collar? Actually it’s nothing that fancy… the weapon we’re talking about is the suitcase.

While it’s not necessarily a deadly weapon, Luke Taylor, a sales manager from Melbourne, recently attempted to use it as a means to claim damages from his employer, one of the city’s leading recruitment agencies.

Luke, a 45-year-old man originally from Newcastle, New South Wales, had served a long and industrious career as a professional salesman, working his way from his home town to Melbourne by helping businesses to increase profits and grow their customer bases.

His employer, LAA Assist Pty Ltd, a recruitment company providing high-level executives to medium and large organisations throughout Australia, recently hired Precise Investigation to uncover what they suspected to be a fraudulent injury claim, made by Mr Taylor, after he attended a networking event in the Northern Territory.

Earlier this month, Luke was tasked with attending a corporate function in Darwin, where he was expected to make as a number of new business connections for the agency. LAA covered all expenses for the trip, as well as providing accommodation in a nearby hotel for three days.

After the function had ended, Mr Taylor allegedly returned to his hotel room where he intended to prepare for bed, but to his great misfortune, the light switch by the entrance to his room failed. With the lights off, Luke then proceeded to walk into the room, when he suddenly tripped over his open suitcase, causing him to crash straight into the side of the timber bed post. The collision was hard enough to crack three of Mr Taylor’s ribs and damage his wrist as he tried to prevent himself from falling.

The salesman felt that the accident was only possible because he was asked to attend the conference. As such, he expected LAA Assist to cover the damages to his person and his resulting inability to work (type) due to his bruised wrist.

The hospital bills and 3 weeks’ recovery time would cost LAA Assist an estimated $45,000, of which Mr Taylor was seeking to claim $25,000 – the remaining $20,000 was the projected loss that the company expected to suffer as a result of Luke not being able to attend work.

After being confronted with the claim, LAA Assist immediately provided Precise Investigation with as much information as they could muster, asking that our field operatives take a look into the case to determine the reality of the situation.

Through our local sources and data collected by an operative we had stationed in the area, we were able to determine that Mr Taylor had been drinking “heavily” on the day of the accident. Another member of the conference revealed, “Yeah, the guy was spilling his drinks all over our table” and the hotel bartender admitted to serving Luke “at least four” double whiskeys between the hours of 10pm and 1am, before cutting him off on Friday night after realising that Mr Taylor could “barely stand.”

While none of these reports were admissible as evidence, especially considering the fact that the two witnesses denied our requests to stand in court, if need be, it did lead us to think that perhaps we could approach the situation from a slightly different angle.

LAA Assist agreed to Mr Taylor’s 3 weeks’ sick-leave, after receiving confirmation from his doctor describing his inability to retain proper coordination in his right hand. It was over those three weeks that we decided to take the investigation one step further.

We stationed an operative outside Luke’s suburban home and proceeded to analyse his movements as he recovered from his injuries.

Over the course of a week, our field agent was able to capture video and photographic footage of Mr Taylor buying at least 10 litres of hard spirits, amongst a number of visits to the local pub at lunchtime. Added to this, Luke was caught, on tape, using his right hand to carry the relatively heavy bottles from the store to his home – a 427m walk. Carrying a 2-3kg weight in an injured hand, over that distance, is no simple task. Moreover, typing an average of 1500 words per day, a statistic provided by his employer, is considered to be relatively easier on the wrist than what Mr Taylor had managed to do everyday, solidly, for over a week.

As such, our investigation led to LAA Assist exposing Luke as an alcoholic, looking to fund his habits whilst systematically and intentionally trying to manipulate the company into covering his living expenses for his time off work.

After discussing their findings with Mr Taylor, both he and LAA Assist agreed not to take the matter further and, instead, allow for Mr Taylor to serve another month in the role before being asked to leave.

Precise Investigation has been at the forefront of private investigations within Australia for three decades, successfully helping businesses all over the country to protect themselves from fraud, expose illegitimate claims and recover losses.

No matter where you’re based, how many people you employ or the industry you’re involved in, Precise Investigation is sure to have a specialist in your sector, available and ready to provide any number of tailored investigation services as a means to improve on business efficiency and reduce the risks of corporate fraud and malpractice.

To explore our corporate investigation services in more detail, please click here to visit the relevant page on our website.

Melbourne, Sydney, Adelaide, Perth, Hobart, Brisbane and even the more remote areas of Australia have all enjoyed the benefits that only Precise Investigation can offer. To do the same, get in touch with us today.

Please note: All names, identities and locations described in this article have been changed as a means to protect the identities of those involved.